Poland and Hungary refuse to relocate 160,000 asylum seekers from Italy and Greece. 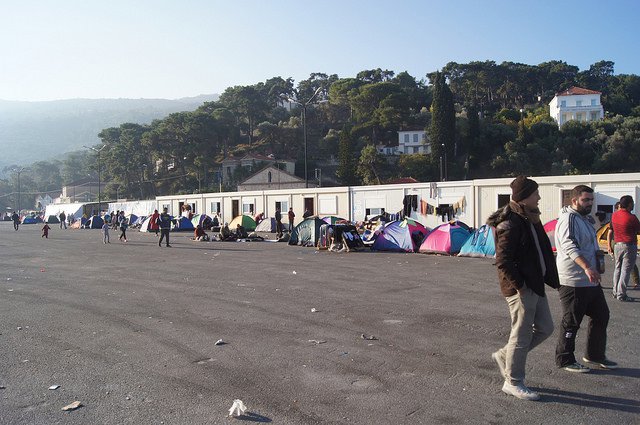 BRUSSELS, June 12 (Reuters) - The European Union's executive will decide on Tuesday to open legal cases against three eastern members for failing to take in asylum-seekers to relieve states on the front lines of the bloc's migration crisis, sources said.

The European Commission would agree at a regular meeting to send so-called letters of formal notice to Poland and Hungary, three diplomats and EU officials told Reuters. Two others said the Czech Republic was also on the list.

This would mark a sharp escalation of the internal EU disputes over migration. Such letters are the first step in the so-called infringement procedures the Commission can open against EU states for failing to meet their legal obligations.

The eastern allies Poland and Hungary have vowed not to budge. Their staunch opposition to accepting asylum-seekers, and criticism of Brussels for trying to enforce the scheme, are popular among their nationalist-minded, eurosceptic voters.

Speaking in Hungary's parliament earlier on Monday, Prime Minister Viktor Orban said: "We will not give in to blackmail from Brussels and we reject the mandatory relocation quota."

A spokeswoman in Brussels did not confirm or deny the executive would go ahead with the legal cases, but referred to an interview that Commission head Jean-Claude Juncker gave to the German weekly Der Spiegel last week.

"Those that do not take part have to assume that they will be faced with infringement procedures," he was quoted as saying.

Poland and Hungary have refused to take in a single person under a plan agreed in 2015 to relocate 160,000 asylum-seekers from Italy and Greece, which had been overwhelmed by mass influx of people from the Middle East and Africa.

Poland's Interior Minister Mariusz Blaszczak was quoted as saying on Monday by the state news agency PAP: "We believe that the relocation methods attract more waves of immigration to Europe, they are ineffective."

The Czech Republic had initially taken in 12 people from their assigned quota of 2,691, but said earlier in June it would take no more in, citing security concerns.

A series of deadly Islamist attacks in western Europe since late 2015 has put the spotlight on public security and the easterners say hosting people from the mainly-Muslim Middle East and North Africa increases risks to safety.

The bloc has fought two years of these bitter migration battles but the two southern states, backed by rich countries like Germany and Sweden that are the final destinations for many refugees and migrants arriving in the EU, have failed to force Warsaw and Budapest to change their policies.

With others also dragging their feet, the scheme has been a failure and fewer than 21,000 people have been moved so far. Immigration numbers have fallen since the height of the crisis in 2015 after a deal with Turkey, leaving the dispute largely a political one.

Only Poland, Hungary and the Czech Republic do not have pledges pending to accept asylum-seekers under the plan.

That allows the Commission to single them out on that formal basis, rather than open legal cases against just about every EU state for failing to take in the whole of their assigned quota.

In his interview, Juncker said: "The decision hasn't been made yet, but I will say this: I am for it - not to make a threat, but to make clear that decisions that have been made are applicable law ... At issue here is European solidarity, which cannot be a one-way street."

Hungary, the Czech Republic, Slovakia and Romania opposed agreeing to the relocation scheme for asylum-seekers in 2015 but were outvoted. Although generally opposed, Poland eventually voted with the majority.

Budapest and Bratislava have since challenged the system in the European Union's top court, and are backed by Warsaw. The court is due to present a first opinion on the matter in July.

The Commission will decide on the new infringements at a weekly meeting on Tuesday, and they could formally be launched a day later, the sources said, paving the way for many months - or even years - of legal wrangling before any court sanctions.

The bloc's divisive migration disputes have come at a time its unity and resolve are already being tested by Brexit, weak economies and higher support for populist, eurosceptic and nationalist-minded parties on the continent.

It pits the formerly communist easterners against the wealthy westerners and countries on the Mediterranean coast, with Italy leading calls to punish Poland and Hungary by taking away some of the generous EU funds they benefit from.

Warsaw and Budapest have numerous other disputes open with the bloc's political capital Brussels and the Western states promoting more open world views. They have clashed over the rule of law, democratic checks and balances and the two government's moves to subdue the judiciary and public media, among others.