This generosity is a refreshing change. 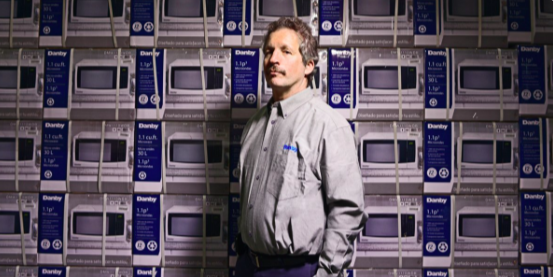 Jim Estill, the CEO of an appliance company in Canada, was increasingly troubled by the endless parade of trauma coming out of Syria — the towns reduced to rubble, the hundreds of thousands of people slaughtered, the millions expelled from their homes — so he decided to help.

Instead of donating to an international NGO or lobbying his government to intervene, Estill was more proactive and, as a multi-millionaire, he had more options than the vast majority of compassionate people. He set aside around $1.13 million and began the process of bringing 58 Syrian families to Canada.

Elsewhere in the world this would be difficult, but Canada has an unusually open-armed approach to refugees. For example, as the rest of the world fretted about taking in Syrian refugees in 2015, Canada was fretting that its pace of acceptance was too slow.

And in Canada, the whole process is less bureaucratic, with more urgency to reflect the dire situation of refugees. Whereas in the US, Syrian refugees must go through a rigorous, years-long gauntlet of vetting, the Canadian government expedites the process if citizens are willing to help out. The government funds its own refugee resettlement program, but citizens are able to pitch in for more refugees.

“Canada is committed to working to help facilitate a stronger global response to the ongoing refugee and migration crises,” said John McCallum, minister of immigration, refugees and citizenship in Canada. “We have seen first-hand how many Canadian citizens have come forward to sponsor refugees from around the world, and we want to encourage and support other states to engage their citizens to do the same.”

The one catch is that citizens have to pay for a year’s worth of living expenses for a refugee so that he or she can get used to the country without living in poverty. All around the country, neighbors have banded together to help refugees, providing housing, groceries, rides around town, and so much more.

Read More: Solving the Refugee Crisis 5 Canadians at a Time

Estill estimated that for a family of four, this would cost about $30,000. But he knew that his search would be unfair — it was essentially a lottery. There was no way he could help all of the Syrians in need, and so he braced for hard choices.

“Basically you’re playing God,” Estill told the Guardian. “You’re choosing who lives and who dies and who comes and who doesn’t.”

He decided to select people who seemed most capable of integrating into the country by finding work and getting back on their feet, either because they had family in the country or were coming over with families.

An application was crafted, and requests started to pour in from Syrians eager for a new life.

Eventually, 58 families were chosen and 47 have already arrived in the country. Once Estill gets everyone settled, he wants to begin another cycle of around 50 families. This could go on indefinitely, depending on the need and Estill’s stamina.

His courage and persistence have inspired people in Guelph, the small town where he lives. Around 800 volunteers help the refugees get used to their new circumstances. Job training programs and English-language courses are available and each family has access to an Arabic translator. Donations are pouring in, as well, to help keep refugees comfortable.

Estill himself seems to be doing all he can to accommodate refugees. He seeks out opportunities for them, introduces them to people and services, pays for their needs, and, perhaps above all, is a constant source of neighborly warmth.

One refugee whom Estill helped to secure a business loan had this to say, “I thanked him for his generosity – I told him that no one has been as generous to me as Jim Estill, besides my parents.”

Overall, it’s a stunning display of generosity, a refreshing break from the resentments and anxieties that seem to swarm conversations about refugees.

“I still don’t see what the big deal is. And I’m surprised more people don’t step up and do it,” he told the Guardian. “I didn’t want to grow old and say I stood by and did nothing. So I decided to do my small part.