Brought to you by: Global Partnership for Education 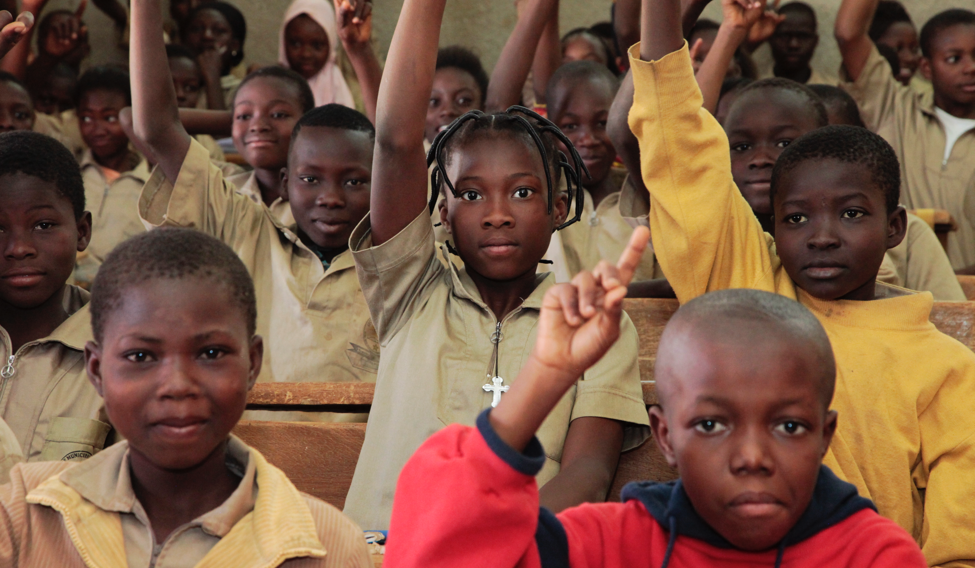 Brought to you by: Global Partnership for Education

From Julia Gillard, former Australian Prime Minister and Chair of the Global Partnership for Education

This article ran in the Corriere della Sera in Italian on 26 May during the G7 meetings in Italy. Following the release of the G7 communique it is clear that G7 leaders did not prioritise education in the way Julia Gillard called for and that is why Global citizen is now shifting its focus to the G20 to take the leadership that Ms Gillard has said the world needs on education.

In Taormina, the leaders of the powerful G7 will be striving to find answers to some of the most stubborn challenges the world faces. One of these big-picture issues is the ability of the global economy to offer hope and opportunity to all of the world’s young adults.

Pope Francis has rightly reminded all of us that “we have condemned our young people to have no place in society because we have slowly pushed them to the margins of public life, forcing them to migrate or to beg for jobs that no longer exist or fail to promise them a future."

The challenge the Pope has expressed in words, the International Labour Organization (ILO) has detailed in numbers.  It estimates in its 2016 report on youth employment that, after years of slow improvement, global youth unemployment surged to just above 13 percent in 2016, or 71 million people.

Unemployment contributes to growing instability, which, according to the ILO’s Social Unrest Index, rose globally between 2015 and 2016 to levels well above long-term averages. Most regions experienced increases in community discontent. The largest rises were in the Middle East, followed by sub-Saharan Africa and Eastern Asia.

As we have seen in recent years, crisis and conflict in one seemingly remote part of the world can have political, economic and security reverberations around the globe as record numbers of people flee. Understandably, people without hope are likely to cross borders to seek safety, opportunity and access to education for their children in new places.

Looking ahead, it appears likely that every one of these trends - unemployment, instability, millions of people on the move - could worsen in the near future.  Through the research work of the International Commission on Financing Global Education Opportunity, we now know that by 2030 new technology will have reshaped the global jobs market and employers will be seeking high skill levels in employees.

Yet half of the 1.6 billion young people in school in 2030 will emerge without basic secondary level skills.  This mismatch between skills acquired and skills required will have a spatial dynamic with only one in ten children in low-income countries achieving the education level associated with ten years of quality schooling.

Behind these numbers is a mix of problems ranging from no access to school to poor learning outcomes.

While we have seen encouraging progress over the last decade and half, 263 million children and youth are still out of school around the world.  Hundreds of millions more children do not complete a full cycle of education or attend schools of such poor quality that they learn little.

Girls tend to disproportionately be left behind, which puts another brake on any country’s economic potential.   One additional school year for a girl correlates with as high as a 20 percent increase in her wages later in life, and educated mothers are more likely to be healthy and raise healthy children.

All of us who want to avoid a future of global inequality and instability should be hoping the G7 leaders will embrace the Education Commission’s call to invest substantially more than we do now to help lower income countries build quality education systems. We know that change is possible because developing countries, including some of the poorest, have made significant progress over the past decade.

Many of these countries are part of the Global Partnership for Education, whose board I chair and which provides funding and technical support to create well-planned, inclusive and equitable education systems. Indeed, we can point to GPE’s work in many different environments leading to more children attending school, more completing school, greater quality and improved inclusion of at risk groups, including girls.  In addition, GPE partner countries are now devoting more of their own resources to education.

Through its presidency of the G7 and more generally its commitment to education and strong support to GPE, the Italian government is making contributions that we hope other countries will emulate.  In fact, thousands of young people are already taking action on GlobalCitizen.org and asking world leaders to increase their support for GPE.

The world cannot afford to delay responding to the enormous challenge of youth unemployment.

The G7 in Taormina can play a mobilizing and catalyzing role in ensuring that that every girl, every boy, every young woman and young man can look forward to a future in their home countries of employment and opportunity.