It’s a victory, but it’s also an outlier. 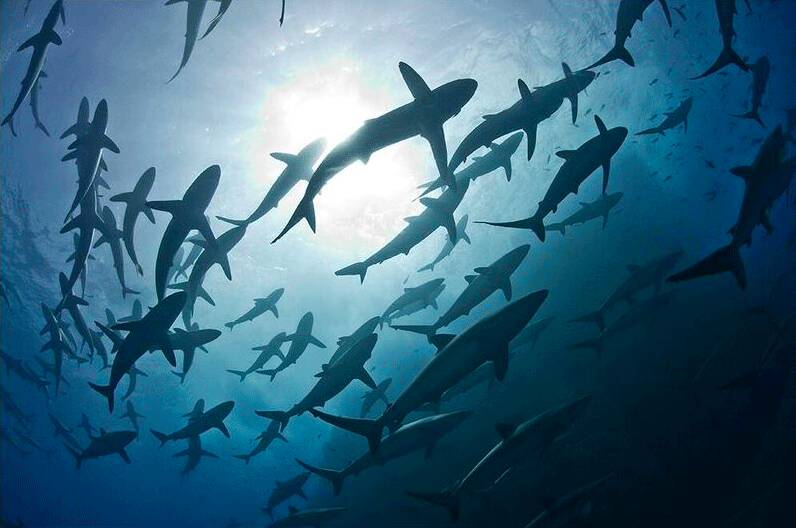 Twenty Chinese fishermen each face up to four years in Ecuadorian prison for being caught with more than 6,600 sharks on a vessel near the Galapagos Islands.

The fishermen were detained in mid August when authorities noticed that an unlicensed fishing vessel was moving through a marine sanctuary by the islands.

When police apprehended and boarded the boat, they soon realized that the crime was much larger than illegal trespassing.

The 300-foot long boat, Fu Yuan Yu Leng 999, had six cargo bays that held more than 300 tons of catch, a lot of which appeared to be sharks, including endangered species and babies.

Catching any fish is forbidden within the marine reserve, which is also a UNESCO World Heritage Site, but hunting sharks in the area carries a harsher penalty.

In the last 15 years, shark populations have declined by 98%, according to marine conservation group WildAid. The vast majority of these sharks, 73 million a year, are used in shark fin soup, which is primarily consumed in China. Oftentimes, sharks are caught, get their fins hacked off, and then are dumped back into the water to die.

Global Citizen campaigns on the Global Goals, and protecting marine life is the core objective of Global Goal 14. You can take action on this issue here.

Chinese fishing vessels are regularly accused of trawling the waters of other countries in order to meet the demand of seafood back home. While this is illegal, many countries do not have the resources to combat illegal fishing, especially when it’s conducted by a country with as much clout as China.

Globally, illegal fishing is accelerating the decline of marine species. More than 90% of the world’s fisheries are fully exploited or facing collapse, according to the United Nations Food and Agriculture Organization.

The prosecution in Ecuador is a step in a right direction, but it’s ultimately an outlier, according to National Geographic.

Even Ecuador is unable to adequately police its waters. In fact, the crews tasked with defending the marine sanctuary around the Galapagos Islands are so underfunded that they recently started a kickstarter for two high speed boats that they can use to stop illegal fishing.

“Resources are limited,” marine ecologist Pelayo Salinas told National Geographic. “The bad guys are every day making more money. Patrolling is expensive, especially for a county that is in economic crisis.

Read More: 8 Things People Get Away With on International Waters

But enacting full penalties on the Fu Yuan Yu Leng 999 crew could act as a deterrent for other vessels. It could also spur the Chinese government to rein in the country’s global fleet of fishing vessels, which is 10 times bigger than the US’ distant water fleet.

If that happens, then both the marine enforcement team and the sharks of the Galapagos won’t feel so beleaguered.