Pregnancy should not hinder a girl's right to learn. 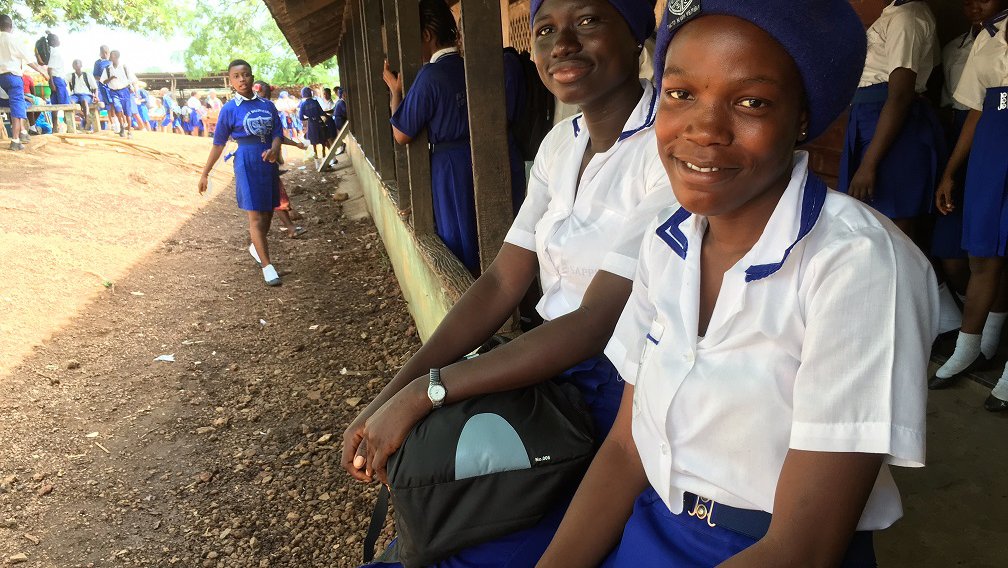 This article was contributed by Jo Coone on behalf of Street Child.

Seventeen-year-old Mariama and 18-year-old Aminata both became pregnant during Sierra Leone’s Ebola crisis. They had no one left to turn to for help and needed money to buy basics like food.

Once they were pregnant, like many girls, they were left to bring up their children alone.

Aminata’s son Osseh is now 18 months old – his father has never met him nor has he supported him. To survive, Aminata and Mariama were forced to pick plastic on a sprawling, dangerous rubbish dump to make enough money to feed their babies.

Sierra Leone has one of the highest rates of teenage pregnancy in the world. In 2013, 34% of all pregnancies were attributed to teenage girls in 2013, and this is likely to have risen during the Ebola crisis that swept the country in 2014-15.

The enforced closure of schools during Ebola led to a reported rise in teenage pregnancy. An estimated 14,300 girls in Sierra Leone became pregnant during the Ebola crisis. As the economy of Sierra Leone collapsed and businesses failed, the level of poverty across the country increased. In most cases, girls are disproportionately affected by poverty, with families pressuring their daughters to find a "boyfriend" to help support the girl financially. As such, in some of the poorest communities in Sierra Leone, girls are the victims of abuse by men who promise to pay for basic items in return for sex.

UK-based charity Street Child spoke to 2,000 adolescent in and out-of-school girls like Aminata and Mariama across Sierra Leone to find out what they thought were the biggest barriers to girls’ education. 80% of out of school girls asked stated teenage pregnancy as one of the top 5 barriers.

Street Child social workers have also spoken to the Principal at their school and persuaded him to allow the girls to return to school.

In Sierra Leone there is a stigma which prevents girls from returning to school once they have had children. Teachers and classmates often have a negative perception towards teenage mothers meaning many girls do consider going back to school even though by educated mothers have healthier children who are more likely to remain in education themselves.

Adama, 20, explains: “People treat you differently if you have a baby and return to school. This is why many girls choose to stay home.”

Mariama adds: “When I was pregnant, I was segregated, my friends, my parents, stopped talking to me. Now I’m at school, I am no longer stigmatized.”

Best friends Mariama and Aminata dream of becoming nurses so they can help people in their local community.

Aminata explains: “I’m happy to go back to school because I want to help others – I want to be educated so that my son doesn’t have the difficulties that I have had in life. When I have an education, I will help my baby, my family, my community.”

Mariama adds: “I am happy to go to school – without Street Child, I would not be at school; they have supported me with education, with school fees and resources. Thank you.”

The views expessed in this article do not necessarily reflect those of Global Citizen and its partners.