Drones to start delivering blood and medicine in Rwanda

What has the ability to surpass non-traversable roadways, fly at incredible heights, complete trips of great distances, all while carrying medical supplies to communities in need? Drones, of course.

Oh, and they weigh a mere 22 pounds, use compressed air to be launched, propellers to fly AND will be delivering blood and medicine to communities in need throughout Rwanda come July of this year.

It is all thanks to Zipline International, a San Francisco based company that has recently received backing from tech giants like Google Ventures.

Zipline International has chosen Rwanda as its first country site because of the country’s low air traffic and its position as an up and coming economy. The government approved the venture in February. Come July, 10 to 15 of these drones will arrive in Rwanda, ready to administer reliable and affordable healthcare. Once there’s a proof of concept, Zipline International plans on introducing their drone model to other countries.

Drones will deliver essential supplies such as food, medicine and blood to combat malaria and sickle cell among... http://t.co/tisazzSuF6

Motorcycles have long been the preferred method of transporting medical aid to rural communities in poor countries. Now, drones will be able to do it faster, more reliably and at the same price, potentially changing the landscape of healthcare in poor areas.

Some people argue that unmanned drones will be unreliable.

Not necessarily. These models are durable, guided by military grade GPS software and they can travel round trip distances of 75 miles, or 120 km.

Drones will receive missions through a database at the hub where they are located. Each drone is first equipped with the medical supplies the community needs, then coordinates are programmed and then this little, unmanned live-saving device is off! 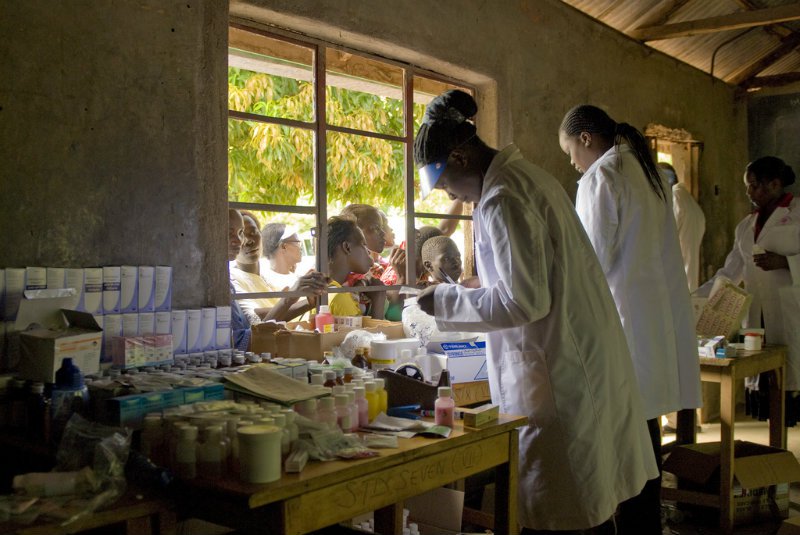 transfusion, quickly. Normally you would wait by your sick family member’s side for the rest of the day waiting for to be delivered by a Peace Corps volunteer on a motorcycle.  Today is different, today the medical practitioner in your community has called in to order blood via a drone. After 30 minutes, you step outside and look up and see a drone dip low into the center of your community, a few meters from the health facility. You walk closer, look up and watch how the bottom of the tiny device opens up and drops a small, cardboard box wrapped in a paper parachute.

Plastic packages of blood for the transfusion are inside the little, cold box. You breathe a sigh of relief, because you know your family member is going to be okay.

This is modern medicine version 2.0, providing care to EVERYONE in need regardless of geographic location.

Drones are both affordable and effective. In the years ahead, they will become a staple part of  of rural and emergency healthcare. The next step is getting a drone to administer the transfusion!