This Sixth Grader Has Removed 2,215 Pounds of Trash From the Petaluma River

And he’s not done yet. 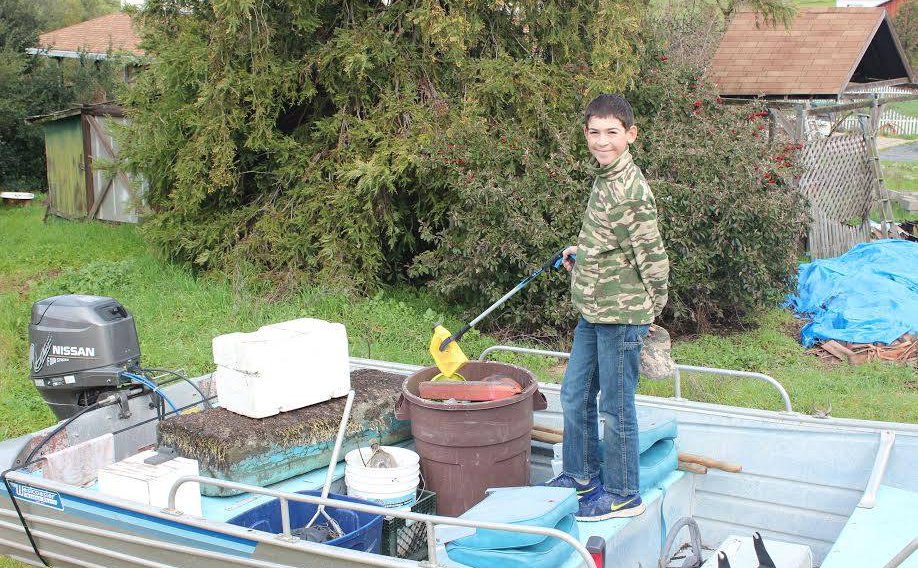 Facebook/Friends of the Petaluma River

That’s more than an Asian water buffalo weighs. More than a saltwater crocodile weighs. And it’s almost as much as a walrus weighs. Those are three of the ten heaviest mammals on Earth.

DJ Woodbury, a twelve-year-old from Petaluma, California, managed to remove that much garbage — 2,215 pounds of it — out of the Petaluma River, just north of San Francisco.

Take Action: Call on the UK Prime Minister to Protect the Oceans

Woodbury started his river clean-up for a community service project all sixth graders complete at Live Oak Charter School. He was inspired by the trash build-up he saw while spending time with his dad, David, a retired marine biologist, fishing and watching wildlife along the riverbank.

For the past three months, DJ and his dad have spent about one day per week fishing trash out of the river, the Press Democrat reports. They’re not using any crazy methods or technological breakthroughs; it’s just the two of them, a boat, and some garbage bins – and they’ve removed more than a ton of waste.

Most of that weight is made up of bottles and cans, but other debris includes tennis balls, syringes, and car tires. They even pulled out two TV monitors.

“It’s annoying and gross to think that somebody will dump,” Woodbury said. “Even after seeing the signs that say there’s a fine for dumping, and knowing it’s really bad on the environment, and they still just dump it in.”

Unfortunately, littering is a mentality that’s not limited to northern California.

In India, for instance, illegal burning of plastic waste contributed to air pollution so much, that the nation banned disposable plastic in Delhi. Meanwhile, more than a billion gallons of waste enter the Ganges River every day, due in great part to communities lacking the sanitary infrastructure necessary for such a tremendous population.

To stem the tidal wave of pollution, the high court in the Indian state of Uttarakhand declared the Ganges and Yamuna rivers, “living human entities,” meaning that, from a legal perspective, harming the rivers is akin to harming a human.

Venice, Italy is facing a similar problem as population growth has contaminated its iconic canals.

Because of human activity, Earth’s oceans are on pace to contain more plastic than fish by 2050.

Waste reduction is not a problem in the distant future. It’s here now. At least 29 people were killed in Sri Lanka last Friday when a garbage dump collapsed on people’s homes. The dump had stood 300 feet high and took in 800 tons of trash per day.

The tragedy testifies to humanity’s need for better waste disposal that doesn’t contaminate water sources and doesn’t pose a threat to human life.

Perhaps a twelve-year-old can provide some wisdom.

A local conservation group Friends of the Petaluma River, which leads their own clean-up efforts, acknowledged Woodbury’s contribution on their Facebook page.

Woodbury is set to speak to the Petaluma City Council on Monday about the work he’s done.

“That’s quite a project,” Councilman Dave King said. “And it’s really wonderful that he is so civic-minded.”

Everyone should start taking notes, and, maybe, if you’re feeling up to it, grab a garbage bag and some gloves and head out to the nearest body of water.