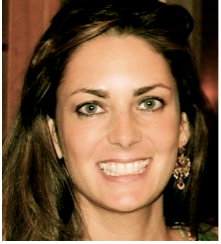 My name is Salam and I’m a ‘host country kid.’ As the daughter of Palestinian refugees, I didn’t get to call one country home, but my family and I were fortunate enough to experience the kindness of several host countries, including Jordan, Lebanon, Saudi Arabia, and the U.S. Each of these countries in some way helped by offering safe places to live, education or work. My journey took me halfway around the world from where I started, and now I feel incredibly lucky to call Los Angeles my home.

When the Syrian crisis began unfolding, I felt a personal and cultural responsibility to shine a light on the millions of new refugees forced to flee their homes as they struggled to restart their lives in host countries. I produced a documentary called Salam Neighbor and during filming, found myself uniquely connected to a resilient refugee mother in Jordan named Ghoussoon.

I met Ghoussoon at the International Rescue Committee (IRC) Women’s Center in Mafraq during a social support group. Like many Arab women I know, she was extremely bright, vocal, and a natural born leader, wasting no time advising the other women on a variety of subjects. But unlike many women in her culture, she happened to be a divorced, single mother, struggling to raise her young children on her own. 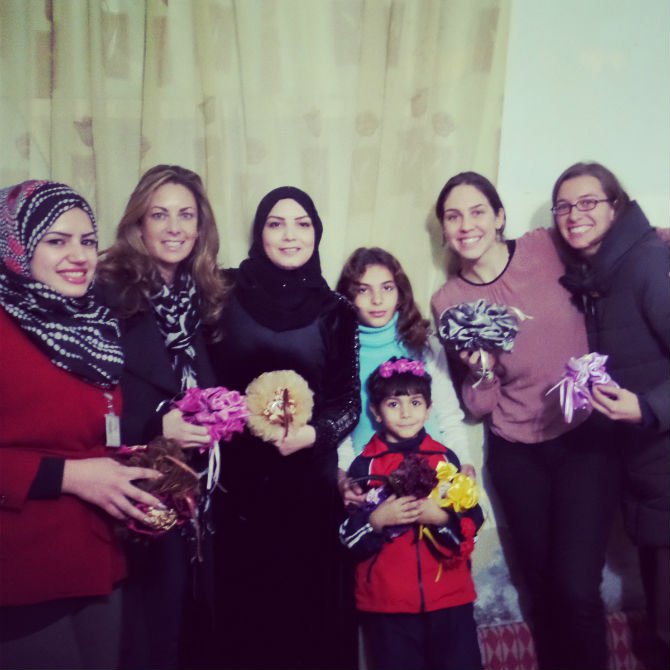 As a single mother myself, I immediately connected with her and her kids, especially her daughter, Samya, who reminded me of my own daughter.  When the war began in Syria, Ghoussoon did what she had to do and left her home with her three kids. Alone, with no money and no idea what would await her in Jordan, she was certain she could manage for what she thought would only be a few months before she would return home to Syria.

Take a minute to imagine being 34- or 35-years old, a single mother of three young children, living through one of the worst conflicts in history. Most people would find this very real scenario daunting. You must find enough work to to pay your bills, and ensure your children are safe, fed, clothed, sheltered, and educated. Living as a refugee in a country where it’s rare to have a female as the head of household makes this situation even more challenging. The very real obstacles Ghoussoon faces in daily life are exacerbated by her status as an outsider, which disqualifies her from basic services. She must maintain the responsibility of providing for her family while battling the pressures and stigmas of being a refugee and a single mother, who is expected to stay at home and watch over her kids.

But none of that has stopped Ghoussoon from having the highest aspirations for her kids.

Ghoussoon and her family have now been in Jordan for over three years, and she works small jobs and relies on the kindness of her Jordanian and Syrian neighbors to keep her family out of the refugee camps. Like 80 percent of refugees, she lives outside the camps, but this carries greater safety risks and higher costs of living. Moreover, with no formal right to work, Ghoussoon struggles to keep her family afloat while earning very little money as a babysitter for her Jordanian neighbors.

Ghoussoon is also an entrepreneur, with a unique combination of creative talent and skills as a saleswoman. When she first came to Jordan, she made and sold elaborate women’s hair clips, to wear under a hijab, at an affordable price to local stores. It was something she learned how to do while she was a young girl in school back in Syria. The proceeds helped provide her family with as normal a life as possible under the circumstances.

Ghoussoon understands the importance of education not only for her two sons but, particularly, for her daughter, Samya. Upon her arrival in Jordan, her priority was to remain out of refugee camps and register her kids at the Jordanian schools right away, to avoid her children being among the millions of Syrian children whose education has been interrupted by the ongoing conflict. Thanks to her choice, her children have been able to attend the Jordanian schools' afternoon program for Syrian refugee children. This program only starts after the Jordanian children return home at 2pm so it means Samya and her brothers do not arrive home until late at night and then do their homework into the late evening, when other children are already in bed. This is a difficult readjustment for children to make but, for Ghoussoon, the value of them being educated is worth redefining a ‘normal’ childhood.

For girls like Samya, Ghoussoon feels education is key. Over half of the 75 million children who have had their education disrupted as a result of conflict, natural disasters, or other humanitarian emergencies, are girls. Ghoussoon is determined to make sure her daughter doesn’t fall into this group. Ghoussoon also insists that her daughter’s education reaches beyond simple reading and writing. Instead, she sees Samya’s education as a pathway to accessing college and higher education and, therefore, integral to her daughter’s future.  She understands that, without an education, a girl is more likely to face forced labour, child marriage, extremism and reduced income and opportunities. She points out that it is more important for girls to be educated because “Boys can always rely on their physical strength to work in manual labor or other trades, whereas girls are at a physical disadvantage and have far fewer prospects for legitimate work if they are not educated”. Ghoussoon will stop at nothing to seek out an education for Samya to reduce these risks.

Not all parents, particularly mothers, are able to make the choices Ghoussoon made. The challenges Ghoussoon had to overcome can seem insurmountable, particularly in crises and it is a testament to her bravery and pursuit of excellence that her children are surviving and thriving. In fact, after Ghoussoon met our Salam Neighbor film crew, she began sending her children to English classes to make sure they can communicate universally in ways she cannot. Around the world, we understand how much it means for mothers to want the best for their children.  The reality is, if we continue to ignore children in crisis, particularly girls in crisis, the world is at risk of losing an entire generation that can contribute positively towards their communities, increase political stability and empower others.

From two mothers, one in Jordan, one in LA, join this call to help children around the world have access to a brighter future by asking World Leaders at the World Humanitarian Summit to pledge generously to the Education Cannot Wait fund for education in emergencies. Together, we can help mothers around the world set the bar high for children, like Samya, and we can make sure they continue to have access to education in host countries.

Want to do more? Go to www.salamneighbor.org.