Jeenah Moon for Global Citizen
Why Global Citizens Should Care
Approximately 2.3 million people are incarcerated in the United States. Nearly half a million of those people are in jail simply because they cannot afford to make bail. But the toll of mass incarceration in the US reaches beyond those in its prisons and jails. It affects entire communities; in particular, it affects people of color and those living in poverty — often overlapping populations — who are incarcerated at disproportionate rates. Criminal justice and cash bail reform are crucial to tackling the issues of poverty and discrimination in the US. You can take action here.

“What does ‘innocent until proven guilty’ mean for those who cannot afford justice?” Akeem Browder powerfully asked on Sunday night.

Browder — whose brother, Kalief, spent three years on Rikers Island before being convicted of a crime because he could not afford his $3,000 bail — put the question before the audience at the “At What Cost?” event, hosted by Global Citizen and the Vera Institute of Justice in New York City on Sunday night.

Kalief was, in fact, never convicted of a crime. At 16, the Bronx native was arrested for a robbery he did not commit and spent three years in jail — including two in solitary confinement. Though Kalief was ultimately found innocent and released, the trauma never left him.

He died by suicide shortly after returning home. 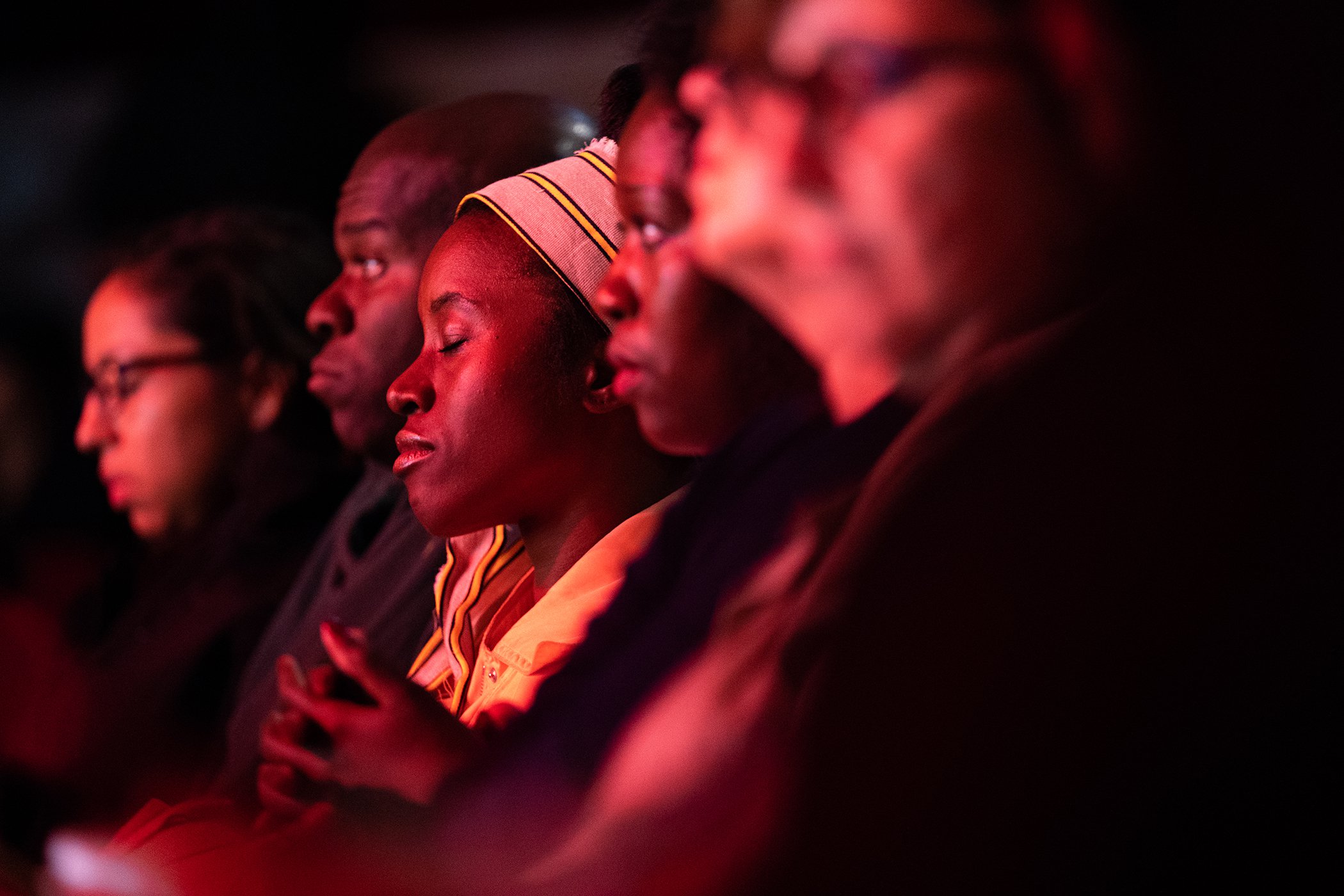 Attendees listen to the speakers onstage during Global Citizen Week: At What Cost? at The Apollo Theater on September 23, 2018 in New York City.
Image: Jeenah Moon for Global Citizen

Kalief’s tragic story of injustice is not unique. As the evening unfolded, several formerly incarcerated people and family members of incarcerated individuals shared their personal stories on the stage of the historic Apollo Theater in Harlem.

Though it accounts for just 5% of the world’s population, the United States holds 25% of the planet’s incarcerated people in its jails and prisons. Nearly half a million of those people have not even been convicted of a crime yet, but they remain in detention for days, weeks, or even years because they cannot afford to make bail.

Others spend years in prison for crimes they committed, but which their circumstances dictated.

Take Action: Download the App to Take Action on Extreme Poverty and to End Cash Bail

People living in poverty and people of color — often overlapping demographics in the US — are arrested and incarcerated at disproportionate rates, perpetuating a cycle of struggle that not only changes the lives of those incarcerated, but dramatically impacts the lives of their loved ones and communities. 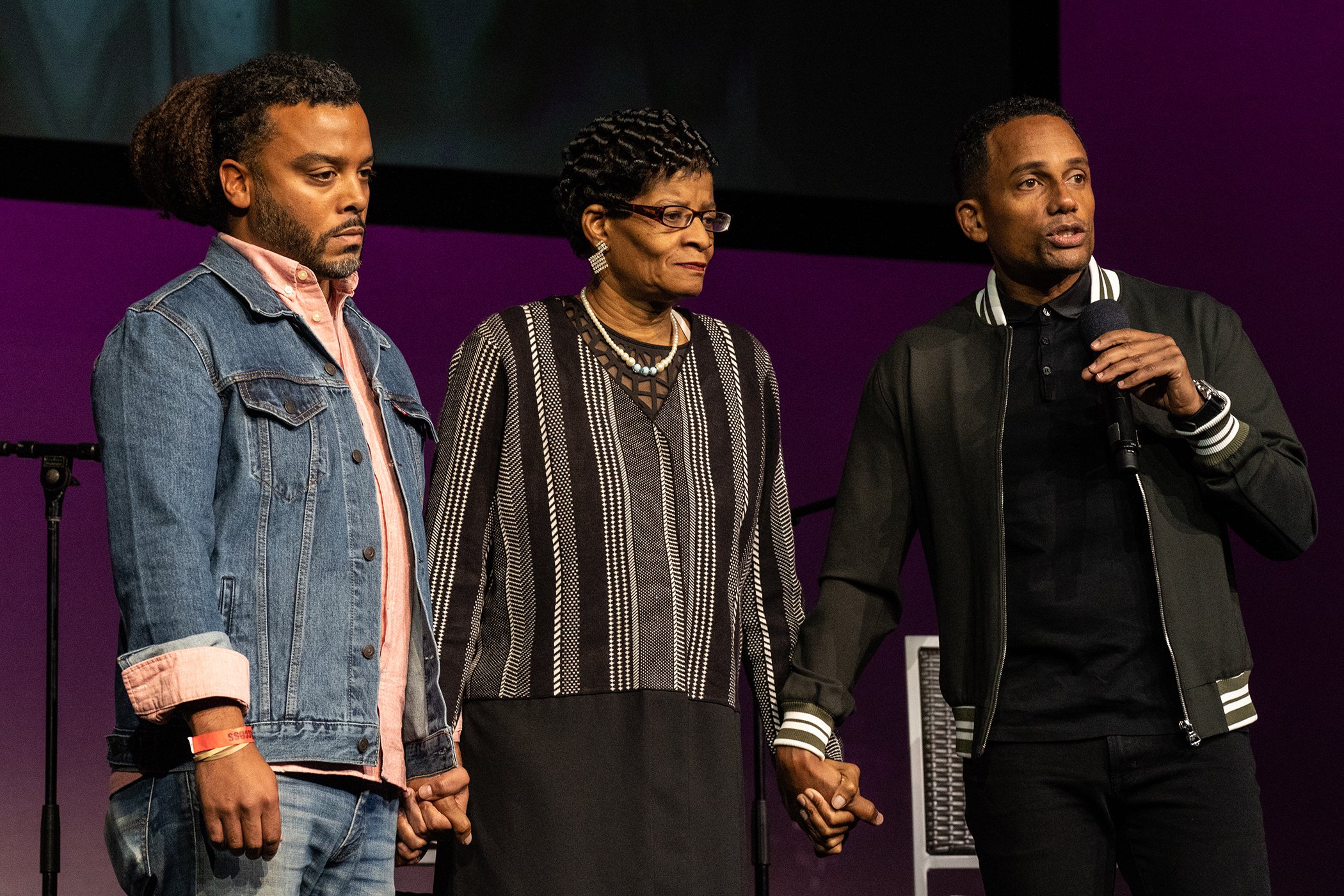 Adam Foss, Geneva Reed-Veal, and Hill Harper are pictured onstage during Global Citizen Week: At What Cost? at The Apollo Theater on Sept. 23, 2018 in New York City.
Image: Jeenah Moon for Global Citizen

Browder was joined on stage by Wallo 267 and Jamila Davis — formerly incarcerated individuals — and Love & Hip Hop star Yandy Smith, who has had several family members incarcerated. The speakers shed light on the ways that mass incarceration in the US has touched their lives and the lives of millions of others. They gave testimony to the ways in which a broken criminal justice has torn families apart and trapped communities in poverty, and, together with activists and experts working in the space, called for action.

“If we don’t all get together as a team to try to make a change … we’re going to keep hearing the same stories, seeing the same activities, and getting the same results,” Geneva Reed-Veal — whose daughter Sandra Bland was found dead in her jail cell in 2015, days after being arrested for a traffic violation — said during a panel at the event.

And there are many ways to start making change.

“We need to start being honest about what bail is and what it is not,” Adam Foss, a criminal justice reform advocate and former assistant district attorney. Foss added that the system was created as a collateral system for the court to ensure people show up for their court dates, but has become “another way for the government to incarcerate people and break their backs.” 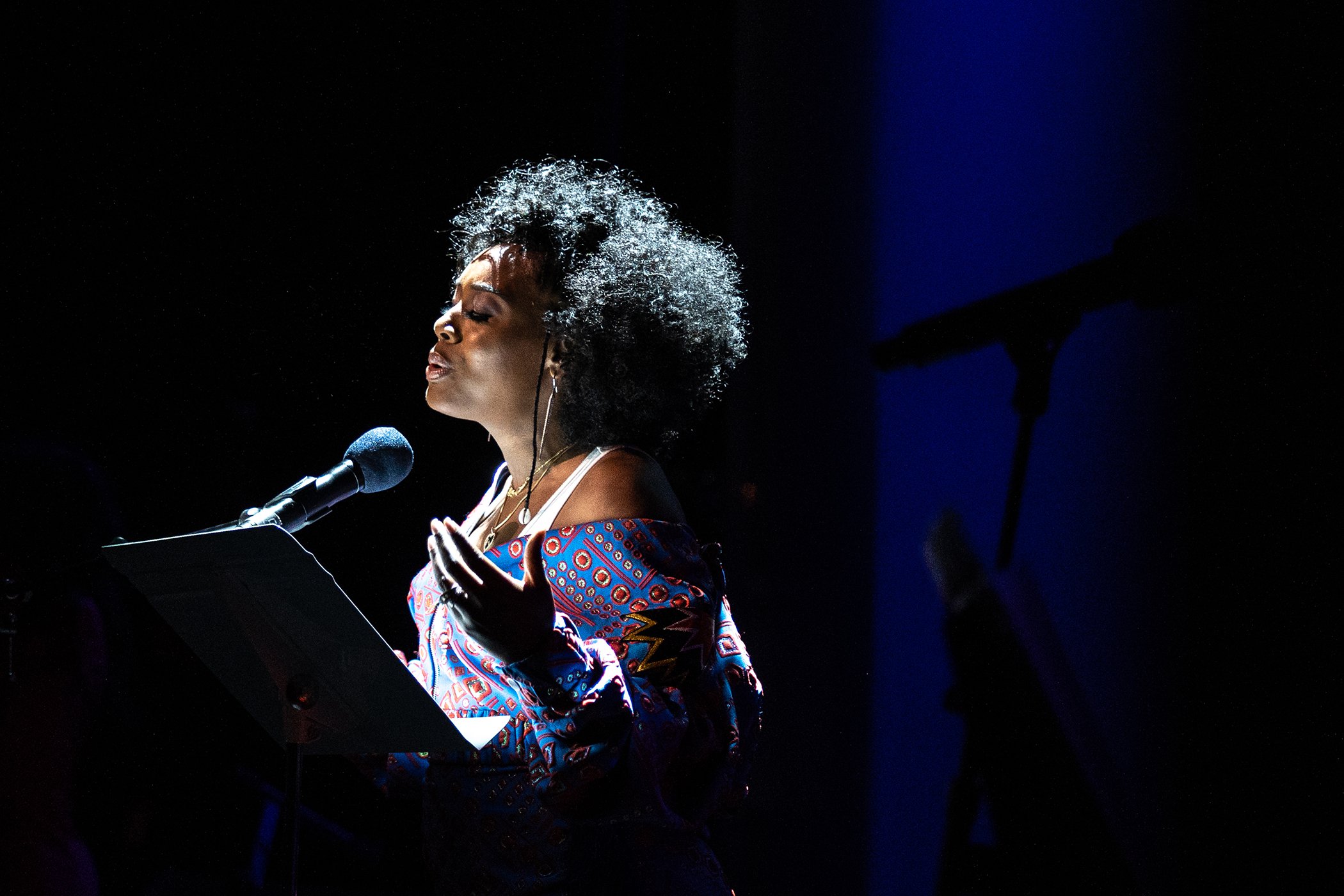 Foss highlighted a need for better public prosecutors, who have immense power over the kinds of crimes that get prosecuted and the level of bail that is set for those crimes. He pointed out that many young lawyers who want to protect the rights of those involved in the criminal justice system become public defenders, when they could have equal if not greater influence over change as public prosecutors.

For those outside the legal profession, Foss emphasized the power of voting. In the vast majority of states, public prosecutors are elected to their post.

“This is our government, we pay for this,” Foss said, urging people to ask prosecutor candidates hard questions about these issues and weigh their responses.

In addition to the moving personal stories speakers shared, the night featured spoken word performances by Decora and musical performances by Slick Rick and the Soul Rebels, as well as Maimouna Youssef, whose song “Say My Name,” written from the perspective of Sandra Bland, is a poignant reminder of the first thing people can do to honor those who have experienced criminal injustice. 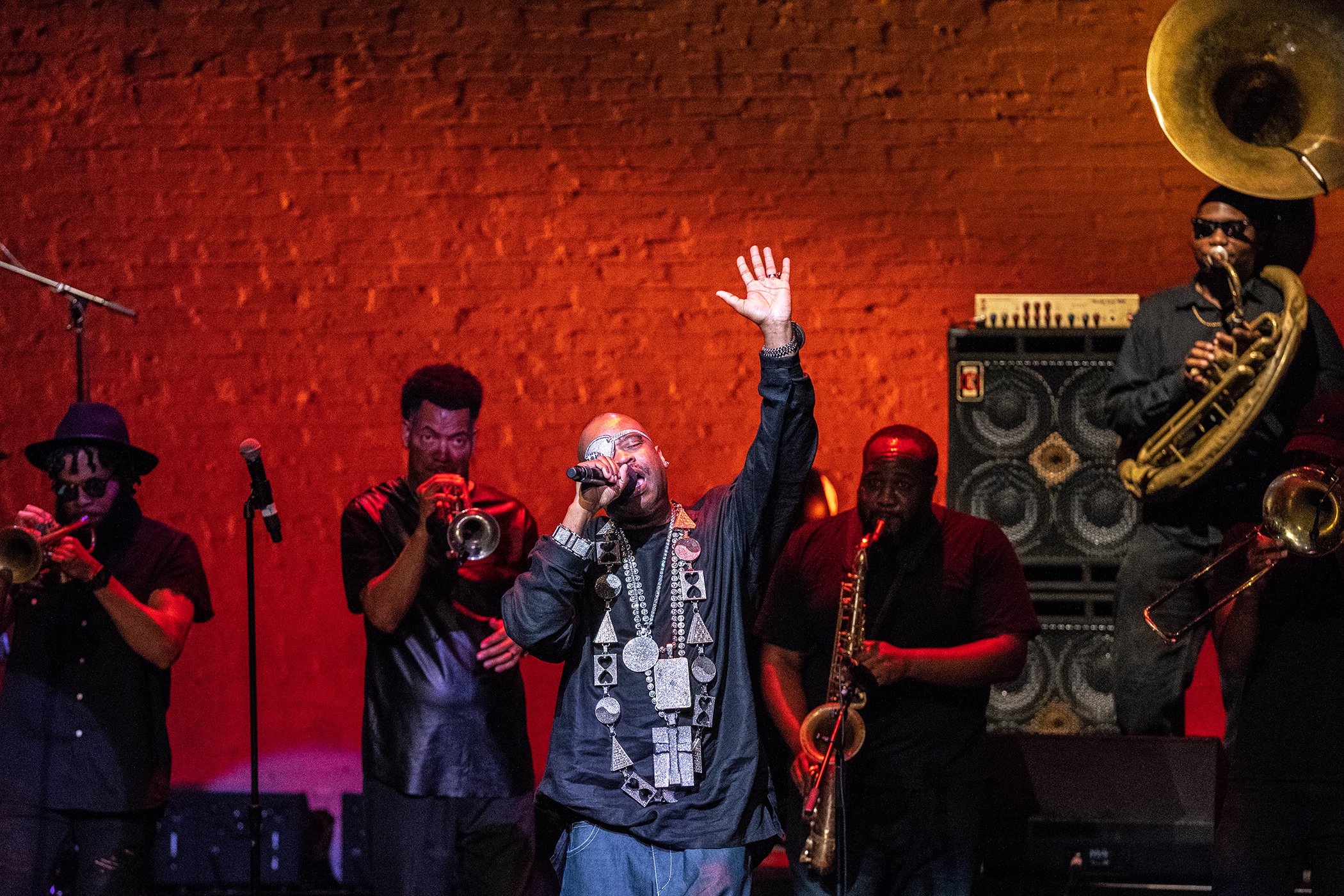 Slick Rick performs onstage with The Soul Rebels during Global Citizen Week: At What Cost? at The Apollo Theater on Sept. 23, 2018 in New York City.
Image: Jeenah Moon for Global Citizen

Read More: Why It's a Crime to Be Poor in America

Simply remembering the victims of the criminal justice system’s failures and telling their stories to raise awareness is a key part of creating change. 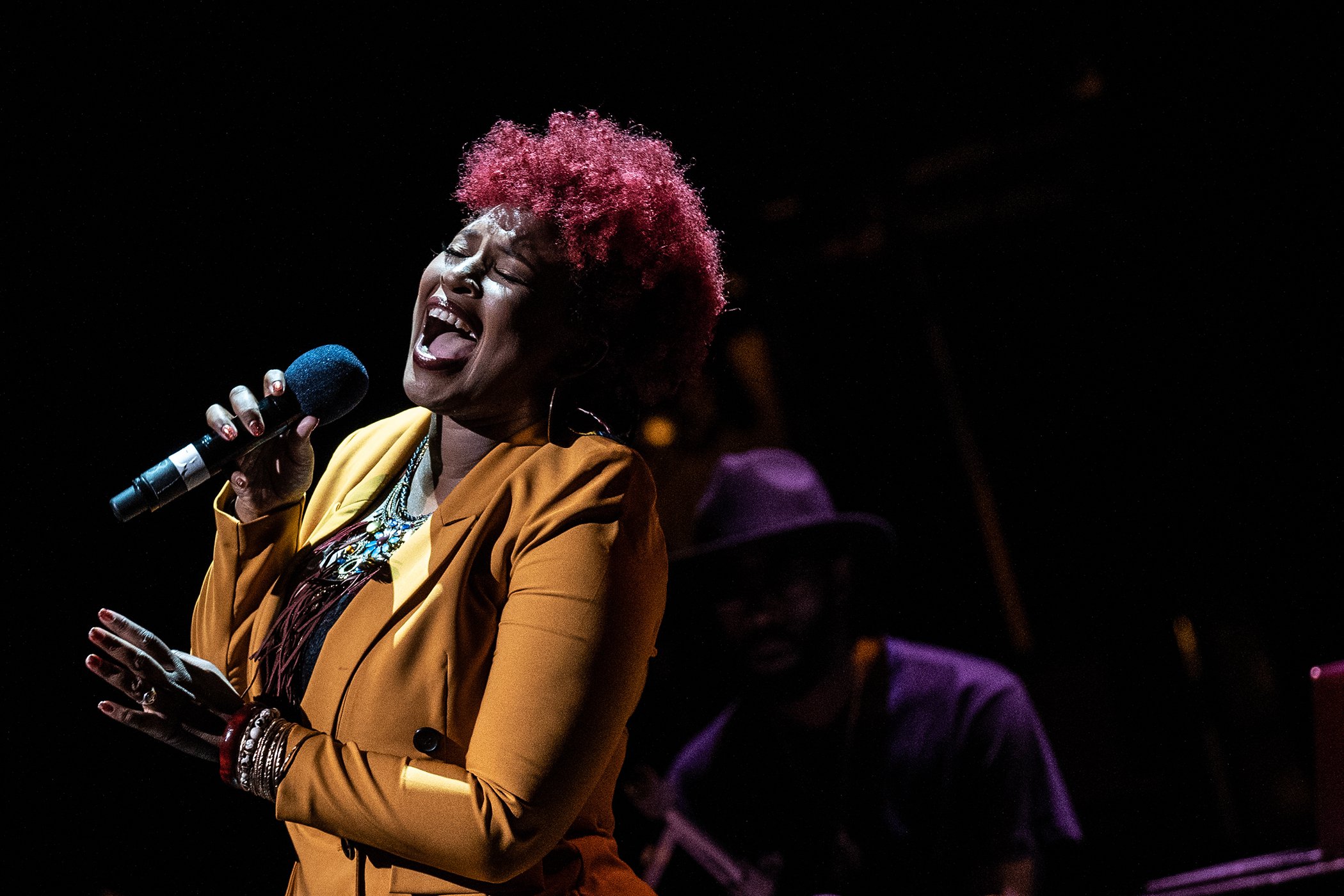 “It’s hard in there and I ask all of y’all to be patient with people when they come out of there,” motivational speaker Wallo267 said. He was incarcerated for more than 20 years and was recently released on parole.

“I had to ‘de-program’ myself in order to reprogram myself to be human again,” he explained. “They call me Wallo267, but I call myself: October 29, 2048,” he said, referring to the date his parole ends.