Why Global Citizens Should Care
In the aftermath of the COVID-19 coronavirus pandemic, countries can choose to embark on a green recovery, which would safeguard the global environment. The United Nations urges countries to pursue sustainable development, including through its Global Goal 11 for sustainable cities and communities. You can join us in taking action on this and other environmental issues here.

The COVID-19 coronavirus pandemic has caused immense economic upheaval worldwide — tens of millions of people have lost their jobs, entire sectors have essentially shut down, and in-person retail shopping has all but vanished.

Once the virus is successfully contained, the top political priority for governments will shift from protecting the health of citizens to regenerating economies and getting people back to work.

But how economies open back up matters just as much as when they open up again. The pandemic has presented countries with a unique opportunity to break from former economic models that revolved around fossil fuels and extreme resource extraction. This year is on track to see the sharpest decline in emissions on record. Countries now have a chance to maintain this downward trajectory.

“A recovery from the coronavirus crisis must not take us just back to where we were last summer,” António Guterres, the UN secretary-general, recently wrote in a New York Times op-ed. “It is an opportunity to build more sustainable and inclusive economies and societies — a more resilient and prosperous world.”

In the aftermath of COVID-19, countries can choose to embark on a green economic recovery that centers on climate action and environmental protection, Guterres wrote. Governments can focus on investing in areas such health care, environmental restoration, and infrastructure renewal, while phasing out or revamping sectors that harm the planet.

This takes on greater urgency when you consider that climate change isn’t just an issue in itself; it also affects numerous other development issues including pandemics and global health.

Already, countries such as Germany and Britain are discussing what it will take to build sustainable economies in the months and years ahead. Now that the coronavirus has shaken up the economic order, environmental advocates are calling for a new status quo — one that places the health of the planet and people over profits.

“Whether we like it or not, the world has changed,” Greta Thunberg recently said in a YouTube conversation to mark Earth Day. “It looks completely different now from how it did a few months ago. It may never look the same again. We have to choose a new way forward.”

Here are seven things that governments should focus on to bring about a truly green recovery. 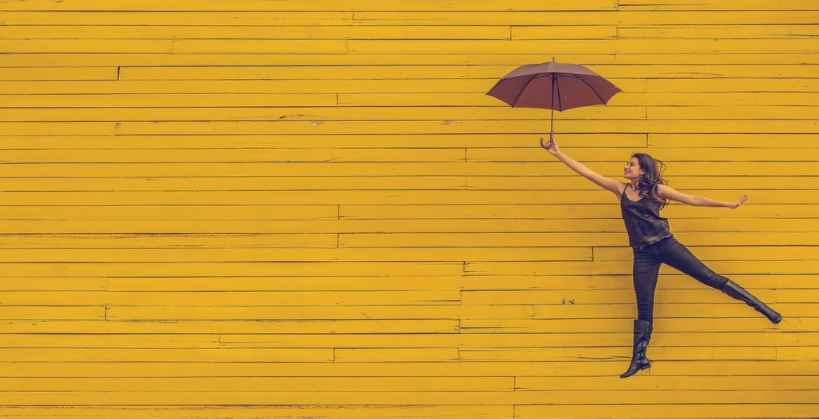 In this paradigm, it's often taken for granted that GDP correlates with the well-being of people.

In reality, GDP doesn’t measure broad prosperity or human well-being; instead, it measures commerce — the buying and selling of goods and services — regardless of their value. Many countries with far lower GDP than the US, such as Portugal and South Korea, have higher quality of life indicators.

The current commitment to GDP poses a direct threat to the environment. As economies grow in size, they consume more resources and release more emissions. Already, countries extract more resources than the planet can replenish; pollute and degrade large swaths of land and ocean; and have released enough emissions to lock in severe climate change.

In the years ahead, countries have to adopt new ways to measure progress that prioritize human well-being and emphasize degrowth — shrinking economies in a managed way, while redistributing wealth more broadly — to minimize the harm being done to the planet.

The UN’s Intergovernmental Panel on Climate Change (IPCC) argues that degrowth, paired with redistributing wealth, is critical for achieving the Paris climate agreement goal of keeping temperatures from rising more than 1.5 degrees Celsius above pre-industrial levels.

Countries such as New Zealand have begun to measure human well-being instead of GDP, and other countries are adopting the Human Capital Index as a way to measure the well-being of children. US states such as Vermot and Maryland have adopted the Genuine Progress Indicator.

The European Union, meanwhile, has released a Green Deal program that maps out how degrowth efforts can also eradicate poverty by mandating more ethical supply chains and preventing protected ecosystems from being exploited.

As the pandemic disrupts economies worldwide, now is a good opportunity to adopt more humane, inclusive, and sustainable ways to measure social progress. 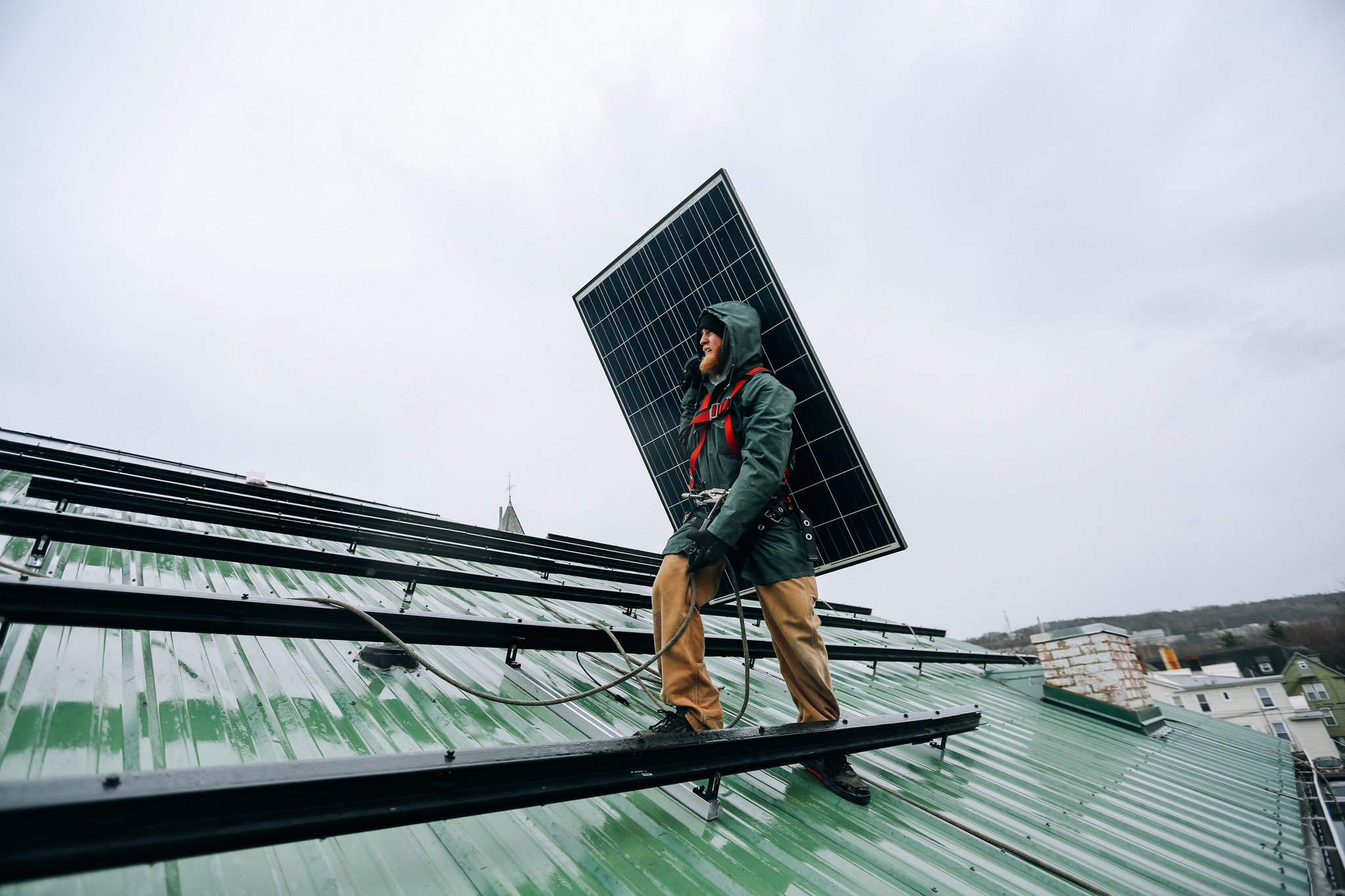 The biggest source of greenhouse gas emissions is energy production for electricity and heat, the vast majority of which comes from fossil fuels. As a result, mitigating climate change will require countries to shift how they generate energy, while also improving the energy efficiency of buildings, homes, and other infrastructure.

In the past, countries have been slow to make this transition. But two developments during the pandemic suggest this shift can happen more swiftly: Governments have mobilized unprecedented sums of money to confront the coronavirus and societies have rapidly conformed to the demands of social distancing.

Replacing fossil fuel infrastructure with renewable alternatives such as solar and wind calls for similarly massive investments and rapid action. The pandemic has shown that these two things can happen.

Currently, the world gets 25% of its electricity from renewable sources and the current timeline for reaching 100% is far too delayed to prevent severe climate consequences. With the coronavirus response acting as a template, countries can immediately create and fund massive renewable energy plans that accelerate the shift away from fossil fuels, while employing millions of people who lost their jobs during the pandemic on a long-term basis.

In fact, the International Renewable Energy Agency recently determined that such an energy production transformation will create at least 42 million jobs worldwide.

Countries can accelerate this transition by reallocating the subsidies that are given to the fossil fuel industry to the development of renewable energy. The private sector, especially financial institutions and insurance companies, can support this shift by investing in renewable energy projects and divesting from fossil fuel companies. Going all-in on renewable energy in this way would help countries begin the broader shift toward the decarbonization of entire economies.

As part of these energy programs, funds can be dedicated to renovating buildings and other infrastructure to become more energy efficient. In the US, for instance, buildings account for 40% of energy consumption. Retrofitting existing buildings with water pumps, smart temperature management systems, better sealed windows, and more, while enacting climate-minded codes for new construction, can vastly reduce energy use and provide good-paying jobs in the process. 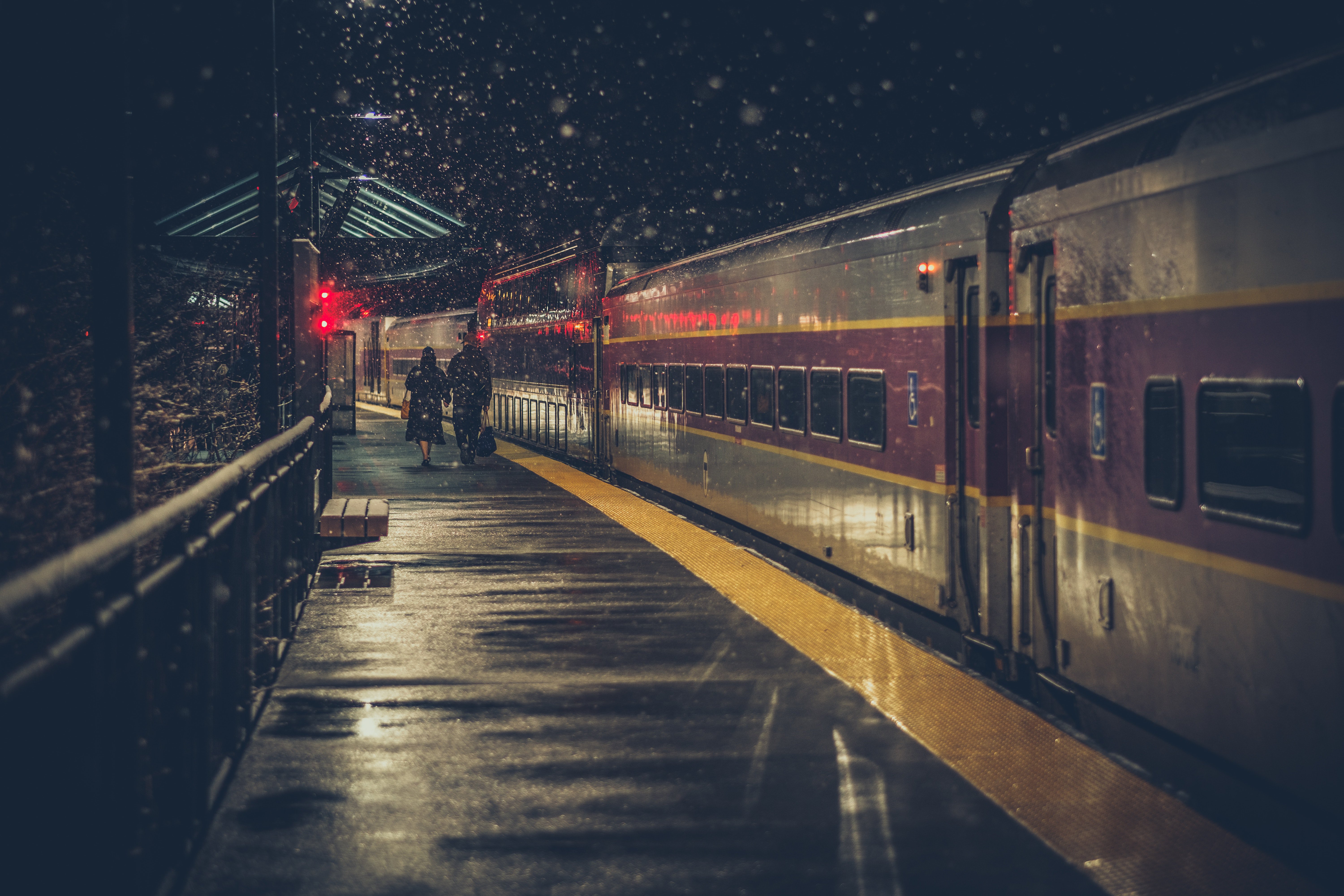 As social distancing causes daily commutes and globetrotting to come to a halt, transportation advocates are calling on countries to reimagine their transportation systems.

First and foremost, countries have the opportunity to invest in and expand public transportation systems, according to the World Resources Institute (WRI). Not only would this significantly reduce greenhouse gas emissions, it would create high-paying jobs and mitigate economic inequality. Air quality would also improve — a concern that has taken on greater urgency following research showing that air pollution makes people more vulnerable to COVID-19.

Cities can invest in bike and walking paths by reconverting busy streets into pedestrian zones, expanding no-car areas, and improving park spaces, while governments can subsidize the purchase of electric vehicles in areas where cars are more essential, WRI notes.

The airline and shipping industries, meanwhile, can be spurred in their shift toward more sustainable fuels and vehicles with stronger emissions laws.

The transportation sector is a leading source of greenhouse gas emissions, so the sooner countries minimize the environmental impact of planes, cars, and boats, the less impact climate change will have. 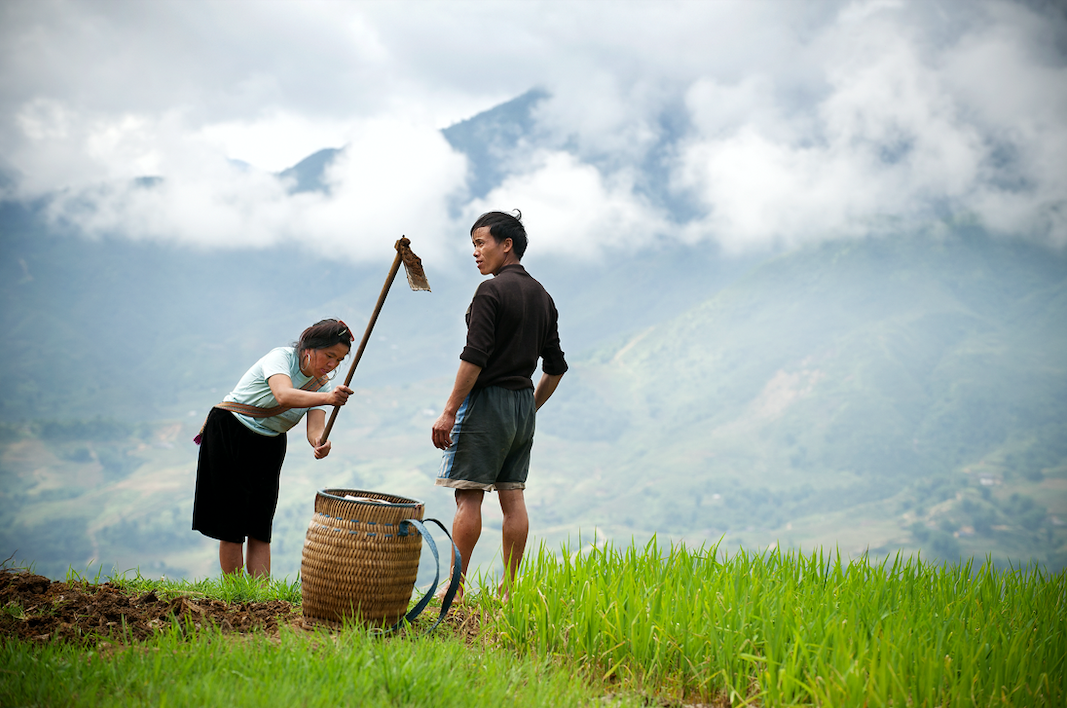 The COVID-19 pandemic has caused breakdowns in the global food system, from how food is cultivated to how it's processed to how it's sold.

Throughout the crisis and beyond, countries can take concrete steps to transform global agriculture to ensure food security while also minimizing its environmental impact.

Governments and farmers can support sustainable agriculture by investing in small farmers, supporting farmer cooperatives, and managing ecosystems in a way that allows wildlife to thrive.

This shift also calls for the phasing out of industrial meat production, which is a major cause of environmental destruction globally, and poses a significant threat to global health security.

When animals are raised and slaughtered in unsanitary, tight spaces, pathogens can swiftly proliferate and spread to humans. The emergence of COVID-19 is a wake-up call that countries have to create better standards for the production and sale of meat. 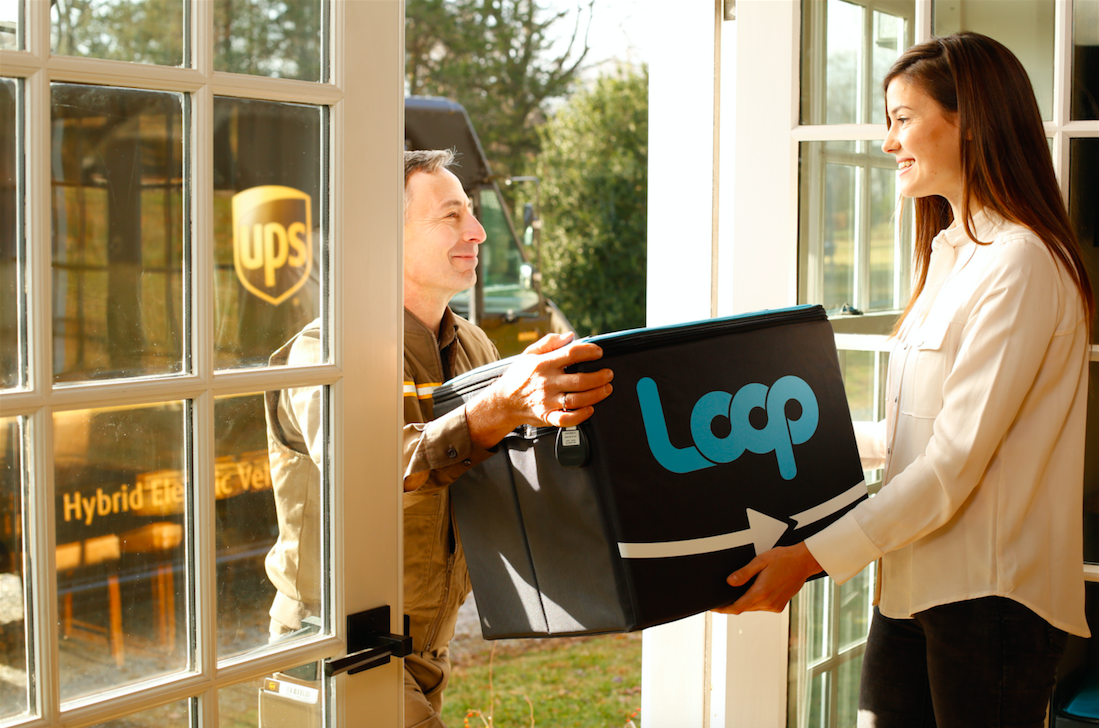 The coronavirus pandemic has created a surge in medical gear waste as hospitals go through personal protective equipment (PPE) at an unprecedented rate. This medical gear is difficult to process, disinfect, and manage, and its disposal highlights the many ways in which the global waste management system has become dysfunctional.

Globally, the world fills more than 800,000 Olympic swimming pools’ worth of garbage through landfills annually. These landfills cause air, water, and soil pollution, contribute to climate change, and take up precious land in urban areas. Communities that live near poorly managed landfills often face landslides.

As countries plan to reopen their economies, investing in circular economies should be a top priority. A circular economy seeks to limit both the use of raw materials and the generation of waste by building systems that recycle and repurpose goods. Circular economies would help to curb the pollution of waste, while also giving the planet a break from relentless resource extraction.

Spanish UME (Emergency Army Unit) soldiers disinfect the terminal one to prevent the spread of COVID-19 at the airport of Barcelona, Spain, March 19, 2020.
Image: Emilio Morenatti/AP

In the decades ahead, the worsening effects of climate change — from heat waves to natural disasters — will cause widespread health problems that could stress health care systems in similar ways.

They could also help to unleash a new viral pandemic.

The current pandemic highlights the urgent need for massive investments in health care systems so populations are protected throughout times of crisis. This includes providing universal health care in all countries so that people receive regular preventative care and don't have to worry about how much treatments cost. 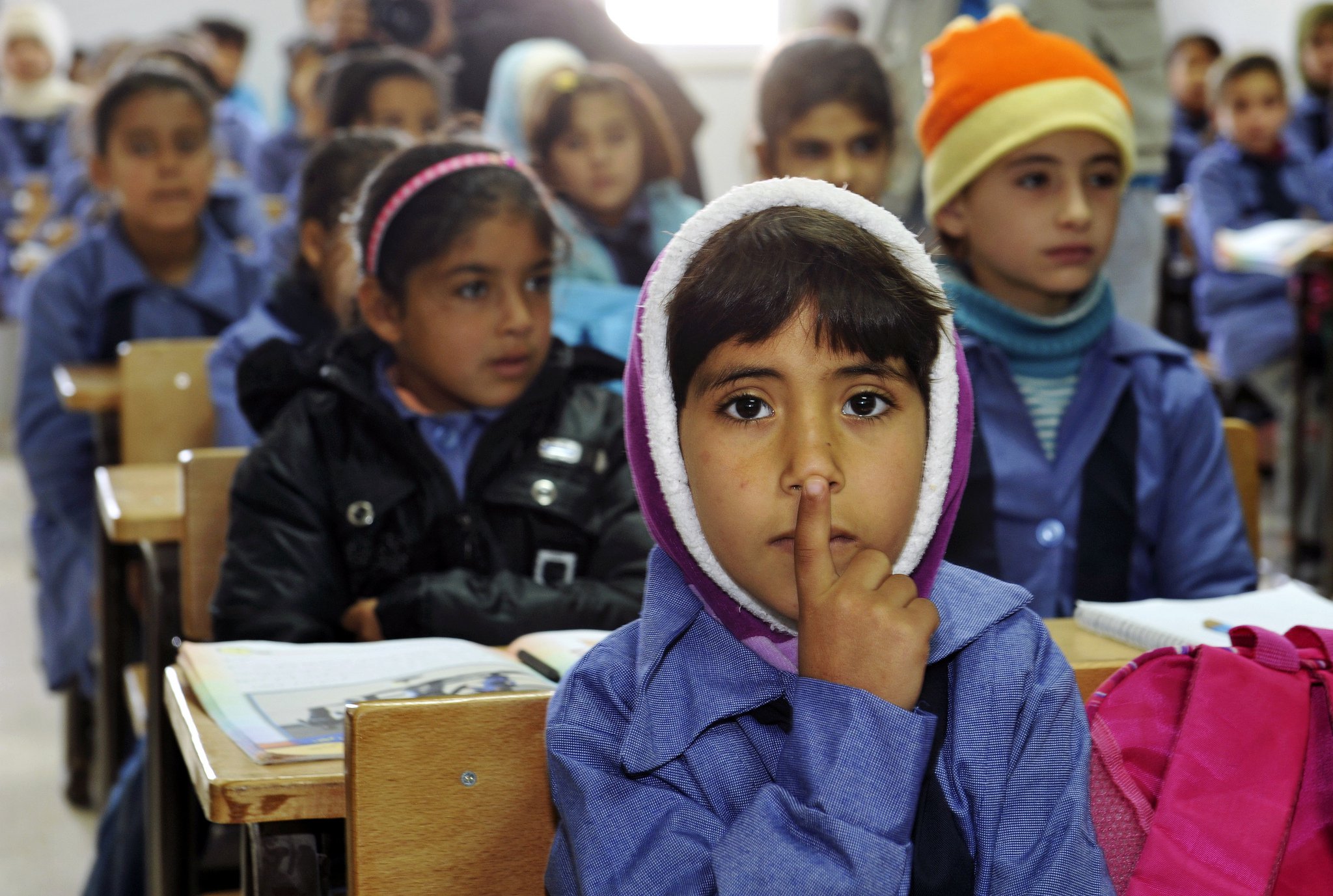 The United Nations has called for a global ceasefire amid the ongoing pandemic to save the lives of millions of people and prevent further societal deterioration.

It would also allow environments to recover. Globally, conflict is one of the leading causes of environmental destruction, and militaries are a major source of greenhouse gas emissions.

Focusing on peace rather than war in the decades ahead will benefit species across the animal and plant kingdom while allowing economies to function in a sustainable way.

“We must act now to tackle the coronavirus globally for all of our sakes — and, at the same time, pursue immediate ambitious climate action for a cleaner, greener, more prosperous and equitable world,” Guterres wrote in his op-ed.

7 Ways Countries Can Restart Their Economies to Fight Climate Change