Interactive Tool Shows You Where Your Representatives Stand on Foreign Aid

Foreign aid could be gutted. This tool will let you know who’s responsible. 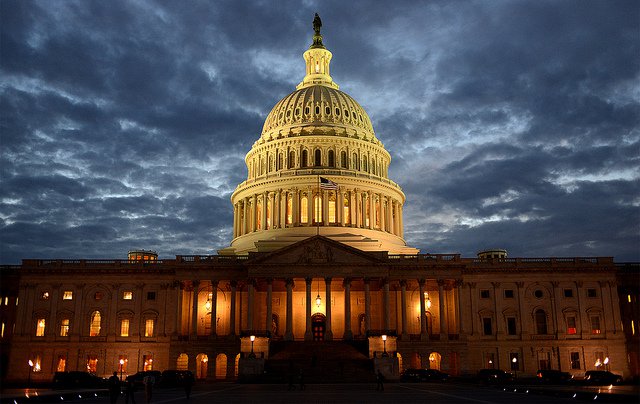 As Congress returns from recess this week, one of its most pressing tasks will be to vote on a budget for the remainder of 2017 and for 2018.

In March, US President Donald Trump proposed a “skinny budget” calling for massive cuts to foreign aid in favor of increased military spending in 2018. But it remains unclear whether Congress will pass such measures.

Now, Devex, a global development media platform, is providing a good look at where Congressional representatives stand on the issue.

Thanks to the interactive tool Congress Tracker, people can see where every member of the legislative branch comes down on foreign aid.

“With new leadership in the White House and a Republican majority in the House and Senate, it is a new era of US politics,” the tool’s introduction says. “Devex decided to take a look at where members of Congress stand on global development. This interactive tool allows you to see how they’ve voted on previous foreign aid bills and what they’ve said in the past.”

Congress members are listed with their official portraits. Users can select from among these images, which provide short biographies for each representative and details on how long they’ve been in office, how they’ve voted on previous bills, and what they’ve said in the past about foreign aid.

Curious where your congressperson stands on foreign aid? Look no further. We've built a tool to track it all: https://t.co/QeuyWFr98ipic.twitter.com/pl60NfIpSc

Representatives can be selected based on party, state, and committee. All information is accurate as of April 2017 and may be updated over time.

Past behavior does not necessarily indicate how a Congress member will vote going forward, but this tool makes the picture clearer.

The US spends 1% of its federal budget on foreign aid, and 80% of that funding goes to providing relief and promoting stability in conflict zones. Foreign aid also promotes national security by creating allies among nations that receive aid and building trade partnerships that help the US economy.

Nevertheless, foreign aid could be on the chopping block in order to fund a proposed $54 billion increase in military spending.

There are different ways in which representatives view their jobs. Some believe they were elected because their constituency trusts their judgement and they know what’s best. They then decide on their own whether to support or resist policies. Another approach is the opposite – to be the mouthpiece of the people; to do whatever popular opinion says at the given time. Most fall somewhere in the middle.

When it comes to international issues like foreign aid, an electorate must be informed and engaged for democracy to function properly. Thanks to Congress Tracker, people can learn what their representatives think about foreign aid.

Now, they just have to call, write, tweet, or use an app to make their voices heard.