This App Makes It Easier Than Ever To Contact Your Lawmakers 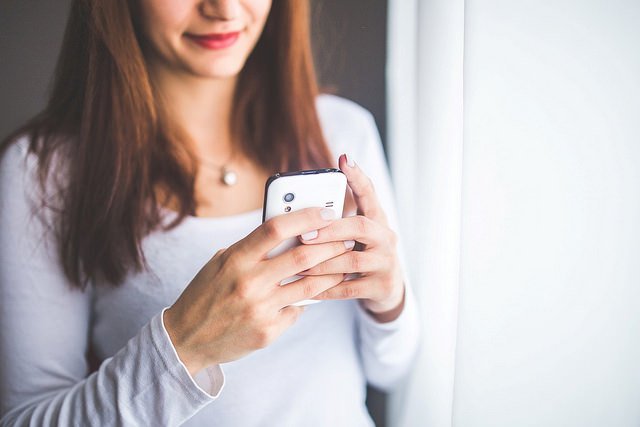 When an estimated 3.3-4.6 million people marched in more than 500 cities and towns across the United States, it was a demand, at least in part, for accountability on the part of their political representatives.

Capitalizing on the measurable success of the Women’s March on Washington, the event’s organizers launched a 10 Actions / 100 Days campaign aimed at providing marchers with concrete political actions they can take during President Trump’s first 100 days in office.

The first action, sending a postcard to your representative, involves a modicum of work, but could have an outsize impact on bringing about political change. But while sending a postcard is a thoughtful and personal measure, there may be a more direct way to maintain a steady stream of political pressure on elected representatives — and it comes, of course, in the form of a smartphone app.

Countable, which was developed in 2014 — but has perhaps slightly more meaning to young smartphone users looking to become politically engaged in 2017 — simplifies the process of contacting political representatives.

Read more: ‘Tinder for Voting’ Will Help You Find the Right People to Vote For

The app is a tool for gathering information and staying up-to-date on the many bills and resolutions that pass through the Senate and the House of Representatives.

“We kept coming back to the disconnect that the American people feel with their representatives, that disconnect that we felt ourselves,” founder and CEO Bart Myers told TechCrunch in 2014.

Each week, Countable releases a list of the week’s House and Senate bills and resolutions, with basic information about the content of the legislation.

Users are given the options of voting “Yea” or “Nay” to the bills in question, and afterward can leave a personal comment and video if they wish, detailing the reasoning behind their vote. These votes and messages are automatically shared with local congressional representatives via email.

Countable’s description of House Bill 463, for example, simplifies a seemingly-complex piece of legislation about Russia’s annexation of Crimea into a few lines of digestible text.

The app presents brief arguments in favor of the “Yea” vote (“Russia’s illegal annexation of Crimea sets a dangerous precedent for the potential annexation of other neighboring nations, such as Moldova, Georgia, and the Baltic Republics”) — and the “Nay” vote (i.e., “Crimean citizens reportedly voted in favor of joining the Russia Federation. The U.S. shouldn’t condemn an action that was supported by the people who were directly affected.”).

The app furthermore allows users to identify and vote upon legislation by issue — ranging from immigration to surveillance — as well as directly message their representatives.

Read more: Meet Buycott, an App That Makes Ethical Shopping as Easy as Scanning a Barcode

The app was developed in collaboration with Joe Trippi, a former campaign advisor who helped run Howard Dean’s 2003 Presidential campaign.

“There are a lot of tools out there for campaigns to talk to voters, but not as many looking at how to give citizens and voters more impact on actual elected leaders in Congress,” Trippi told Wired.

While it’s difficult to assess the effectiveness of the app, it has certainly gained a loyal user base — with over 400,000 people taking action on the platform this week.

And at least one Twitter user heard back directly from his representative:

Wasn't sure about the @countable app, but I just got an email back from my senator in response to one I sent him via the app so . . . pic.twitter.com/7tpFnUUcaP

In 2017, Countable is a powerful tool for putting democracy back in the hands of the voters, giving a voice to average citizens regarding bills and laws that are often conceived, debated, and passed mostly behind closed doors. At the very least, it educates voters on legislation that, suddenly, feels a lot more real to a majority of Americans.