It’s now been more than a month. 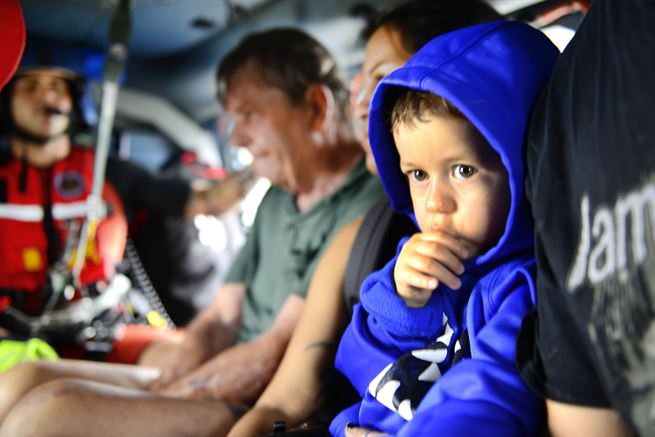 The worst of Hurricane Harvey may be over, but Texans are still grappling with the destruction left in the storm’s wake.

One complication that’s emerged: many children still remain out of school.

Take Action:Tell Leaders How Important Education in Emergencies Is

In order to get these students back in school and learning, UNICEF USA is working with local mayors and school districts to support rebuilding efforts and to address the long-term needs of the children affected. Trained UNICEF staff are focusing on the hardest-hit schools in 10 Houston school districts, and are working in the area to repair and reopen 27 early childhood development centers.

The aid UNICEF is providing includes counseling and emotional support for children, setting up child-friendly spaces, and giving support to teachers whose schools were damaged or destroyed.

Hurricane Harvey was one of the most damaging natural disasters in US history, dumping 27 trillion gallons of water on Texas and Louisiana, displacing thousands of people, and leaving parts of Houston underwater. Some have estimated that Hurricane Harvey caused $190 billion in total economic loss, surpassing Katrina.

Communities in Texas are still picking up  debris left behind by Hurricane Harvey’s storm surge. Boats are being removed from some lawns in the small community of Holiday Beach where the storm surge reached 11 feet. Other towns have created piles of furniture, trees, and other debris.

While most schools in the storm-ravaged Texas have reopened, eight school districts are still unsure when they will be able to open. Other districts need school supplies, since families’ entire homes and possessions were lost or destroyed in the storm surge.

The state’s education department is considering what to do about the schools that have still not opened, the costly damages to several districts, and the missed school days in districts where student performances were already failing to meet state standards. Discussion is currently underway on possible sweeping changes to school districts in the Houston area, including state control of the school board and possible school closings.

Global Citizen campaigns on making education accessible for all children, especially in times of crisis. You can take action here.

To donate to UNICEF’s efforts in Houston to get kids back in school, you can visit this page. One-hundred percent of the donations go toward children in local Houston schools affected by Hurricane Harvey.