Once a Child Slave, This Woman's Dedicated Her Live to Saving Others 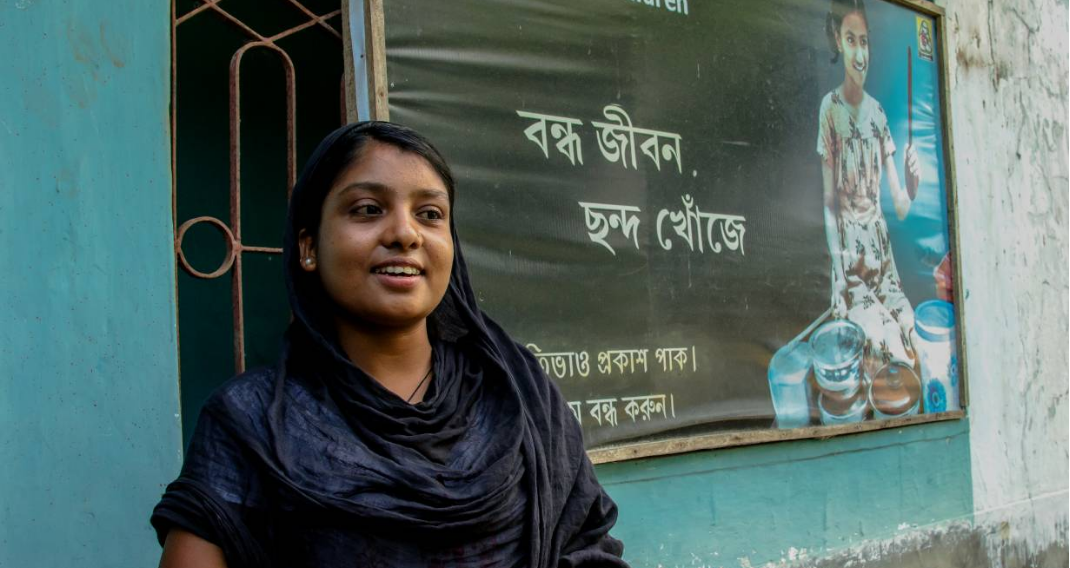 NEW DELHI, March 8 (Thomson Reuters Foundation) - A 21-year-old Indian woman, trafficked and enslaved as a child maid, was given a "Women Power" award by the president on Wednesday for returning home and stopping hundreds of other children from being forced into labor or married off.

Anoyara Khatun is the youngest of 33 women to receive this year's Nari Shakti Puraskhar (Women Power Award) – a prestigious Indian government prize for women who challenge the status quo and make a lasting contribution toward empowerment.

"This support from the government strengthens my resolve to continue my work to stop children from being exploited," Khatun told the Thomson Reuters Foundation.

From the India's eastern state of West Bengal, Khatun was trafficked to New Delhi when she was 12 and forced to work as a maid in a middle class home.

She escaped after six months and returned to her village in North 24 Parganas district, where she has been working as a children's rights advocate with Save the Children.

Khatun formed a network of children's groups in 80 villages where the young learn about their rights and collectively intervene to stop cases of trafficking, child marriage and child labor in their neighborhoods.

"We watch for signs of trafficking or child marriage in our villages. We look out for strangers who may be traffickers tricking families to send their children for work or for incidences of child marriages being planned," said Khatun.

"Most parents don't know the places where the traffickers take the children and the kind of work they make them do. Many don't know why child marriage is not good."

India has almost six million child workers, according to the International Labor Organization (ILO), but activists say this is a gross underestimate.

Read More: Why It’s Entirely Legal for a Man to Rape His Wife in India

More than half work in agriculture and more than a quarter in manufacturing – embroidering clothes, weaving carpets or making match sticks. Children also work in restaurants, shops and hotels and as domestic workers.

The children – mostly from poor rural areas - are taken to cities by gangs who dupe their families with the promise of a good jobs but sell them into bonded labor or sex work or hire them out to unscrupulous employers.

Khatun said given the high rate of poverty in her district, it was not always easy to stop a child marriage or keep families from sending their children with traffickers.

"We try and persuade parents by giving them real examples of children who were sent to work and what happened to them. We tell them 'What do you care about more? Money or your child?'"

Read More: There’s a Global Rape Epidemic and Few Laws to Prevent It

The children's groups also work closely with child welfare and protection officials and police. "When we cannot convince parents, we mobilize the local authorities who then come and investigate the cases and take action," said Khatun.

The Nari Shakti Puraskhar is conferred by the Indian president on International Women's Day. The award carries a cash prize of 100,000 rupees ($1,500).

Other awardees this year included women who challenged stereotypes by being torchbearers in fields such as space research, motorcycling and mountaineering as well as artists, painters and human rights activists.