Tennessee Could Soon Be the First State to Ban Child Marriage

All 50 states have laws and exceptions that allow children under 18 to marry. 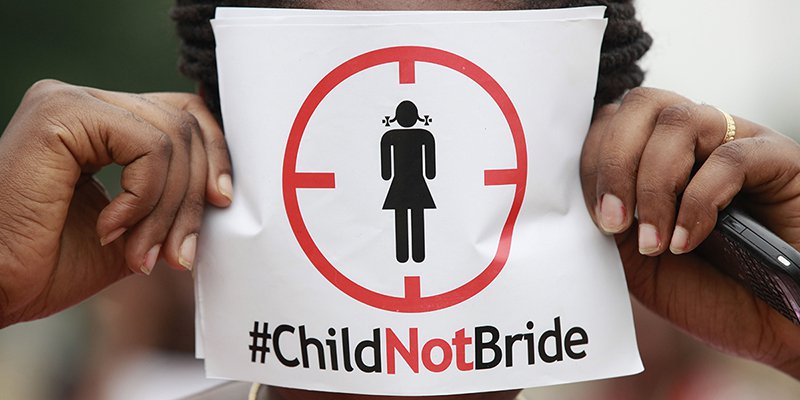 On Monday, two Tennessee lawmakers introduced a bill to ban child marriage without exceptions, according to a press release.

Sen. Jeff Yarbro and Rep. Darren Jernigan who sponsored the bill hope to raise the minimum age of marriage in Tennessee — which has the sixth highest rate of child marriage in the US — to 18 and close all existing loopholes in the legislation.

Currently, the minimum age in Tennessee is set at 18, but multiple exceptions allow children of any age to be married. Boys and girls can be married at 16 with a parent’s consent, or even younger with the permission of a judge or county mayor.

As it stands, the laws “allow either a county elected official or a county judge to approve a marriage for a 15-year-old, 14-year-old, 9-year-old," Sen. Yarbro said.

And that’s not just a hypothetical. In 2001, three 10-year-old girls were married to men nearly three times their age in Tennessee, and more than 8,000 children were married in the state between 2000 and 2014, according to PBS.

"We think that is relatively insane,” Sen. Yarbro added.

Tennessee’s Senate Judiciary Committee passed the bill on Tuesday, and will be reviewed by the full Senate, but Tennessee is not the only state that could use such a bill.

According to Human Rights Watch, marriage before the age of 18 is allowed in every state, depending on the circumstances. Though several states have technically set the minimum age at 18, many have exceptions allowing children to be married with the consent of a parent or judge or in the case of pregnancy.

But several states are taking steps to protect children from early and forced marriages.

A bill to end child marriage in Arizona was introduced last winter, but after an uphill political battle only succeeding in raising the minimum age to 16 without exception, the AZ Central reported.

Read more: This Is What It’s Like to Be a Mom at 10 and Married at 11 in Florida

In the last two years, similar bills to ban child marriage and raise the minimum age to 18 without exceptions have been introduced in Florida, California, Pennsylvania, Maryland, New Jersey, Vermont, and Massachusetts, according to the non-profit Unchained At Last.

However, none have successfully passed.

In some states, including Arizona and California, amended versions of the bills were passed. And though these bills offer children greater protection from child marriage than previous legislation provided, they still allow children below the age of 18 to marry.

New Jersey nearly became the first state to ban child marriage last year when both its assembly and senate passed a bill to raise the minimum age to 18 without exceptions — but Gov. Chris Christie vetoed the bill, Politico reported.

“I agree that protecting the well-being, dignity, and freedom of minors is vital, but the severe bar this bill creates is not necessary to address the concerns voiced by the bill’s proponents,” Christie said. “[It] does not comport with the sensibilities and, in some cases, the religious customs, of the people of this State.”

Lawmakers like Christie and critics of these child marriage bills have argued that such laws could limit religious freedoms or encourage children to get abortions, though advocates say that these bills are crucial to protect children’s rights.

To date, no state has won the right to say it has fully banned child marriage yet — but there is still hope for Tennessee to be the first.

Global Citizen campaigns in support of gender equality and against child marriage, which disproportionately affects girls. You can take action here to call on lawmakers to put an end to child marriage in Florida.