Chicago drops the mic after it drops the tampon tax 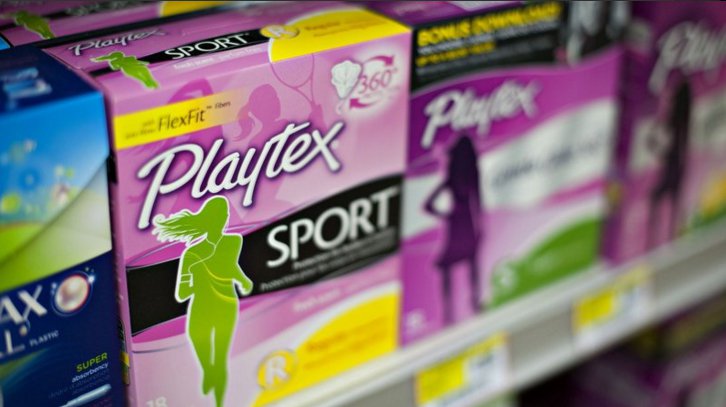 The Chicago City Council voted to remove the sales tax on tampons by redefining them from simply “feminine products” to “medical necessities.”

A photo posted by DIY costumes & cosplay (@turtleyenoughfortheturtleclub) on May 29, 2015 at 6:37pm PDT

Yes, that is a picture of people dressed as tampons, because when a city removes a tax that only affects females with their period how else would you celebrate?

Aunt Flo comes once a month, but she is one expensive lady. Monthly periods are costing females much more than the pain of menstrual cramps. This can include loss of work time for extreme pain and in many states having your period actually subjects a woman to an extra tax.

In states with a “tampon tax,” tampons and pads fall under the "luxury tax," which applies to products or services deemed unnecessary or nonessential. This determination is ridiculous (and has been the target of many campaigns in the US and other places, like Australia, with similar tax determinations) but it is no laughing matter to girls and women forced to pay more for having a period. This is a particularly concerning health barrier for girls and women living in poverty.

Yes we’re talking about a sales tax here, but every dollar adds up. This tax is an embodiment of gender inequality, and it holds girls and women back economically and socially.

Believe it or not, the Chicago City Council that voted on the measure is comprised of all men. The representatives came to a unanimous vote, 46-0, in eliminating the tax.

Alderman Leslie Hairston, one of the legislation’s lead advocates, called a tax on tampons and sanitary napkins "unnecessary and discriminatory" towards females.

Alderman Edward Burke said that claiming these items to be ““medical necessities” was actually correcting a redefinition imposed by the state in 2009 that overruled an earlier state Supreme Court ruling making them tax-exempt.

Back in February of this year, these two councilmen called the tampon tax on the products unfair for only affecting females, so they did what anyone would do--submit a proposed ordinance to rescind the tax at a City Council meeting.

"Removing the tax in Chicago and lowering it in Illinois would help to make these products more affordable to women, especially poor women." Alderman Hairston said.

The tampon tax in Chicago is no more https://t.co/MJAyOOW2lCpic.twitter.com/5n69TJcfmL

After hearing these bold words of wisdom, the mayor agreed  to discuss the important issue at a City Council meeting.

Now, a month later, and Hairston and Burke have revolutionized the fight against sales tax on tampons and sanitary products.

Rescinding the city tax on menstrual materials means more than a few men voting on a new piece of legislation. It means more than saving women in Chicago money. It opens up a broader conversation and removes barriers to addressing gender inequality.

NO MORE TAMPON TAX IN MY CITY, PROUD OF U CHICAGO !!!

shoutout to chicago for banning the tampon tax!!!

Chicago just banned the Tampon Tax and finally acknowledged that having a period isn't a luxury! https://t.co/TqHsmtVrm6

The tax termination of the tax will take effect in Springfield at the start of next year. The city is also interested in making this tampon tax termination consistent throughout the state.

This is one giant step for Chicago’s females, and a small step for girls and women across the US. Chicago is taking a part in leading the movement towards gender equality. Hopefully other cities, states and countries can follow in the windy city’s footsteps.