Husband Vows His Wife Was Murdered in Pakistan Honor Killing

A new police report confirms she was murdered. 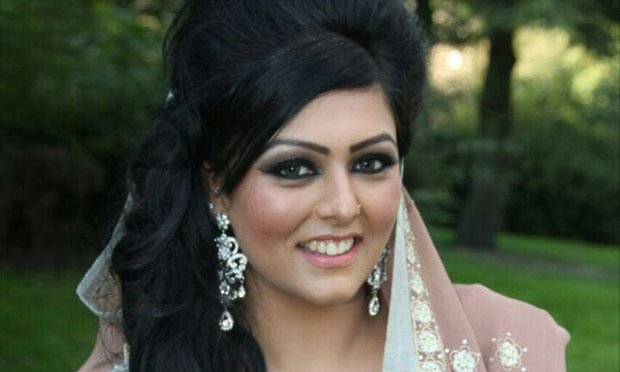 A British woman who died in Pakistan while visiting relatives last month is now confirmed to have been murdered. Her husband maintains that she was killed in an “honor killing” for switching Islamic faiths and marrying him.

"The report says that she neither committed suicide, nor did she die a natural death," local police spokeswoman Nabeela Ghazanfar told Reuters in Pakistan. "She died of asphyxia after her breathing was choked, which leads to the possibility she was murdered. Now the team will carry out investigations along the lines that this is a murder.”

This is the second high-profile suspected honor-killing case in recent weeks. Social media star Qandeel Baloch was murdered by her brother in Pakistan in mid-July.

In Shahid’s case, the original police report released a week ago did not treat her death as suspicious. Instead, it seemed to confirm the victim’s family’s claim that she died of a heart attack.

Since his wife’s death, Mukhtar Syed Kazam has publicly maintained that Shahid died in an honor killing. He told various media outlets that the couple had received multiple death threats from the extended family in Pakistan since they married two years ago.

In 2014, Shahid ended an arranged marriage to her cousin Shakeel through Sharia courts in the UK. In the same year, she met Dubai-based Kazam when he was visiting friends in the UK.

Shahid converted from her family’s Sunni Islamic faith to Kazam’s Shia sect. The two were married in September 2014 in a ceremony at Leeds Town Hall in the UK. Friends of Shahid told the Guardian she was determined to have both an Islamic wedding certificate and a legally binding UK contract.

Shahid’s family never recognized the marriage to Kazam. They were offended by her rejection of her cousin and their faith. When Shahid moved to Dubai with Kazam in November, 2014 the family reported her missing.

A September 2015 trip back to Bradford in the UK to reconcile with her family reportedly did not go well, despite the presence of a police officer Shahid requested to accompany her.

Six weeks ago, Shahid’s family requested she come back to Pakistan because her father was dying.

“Obviously I could see it was a lie,” Kazam told the Guardian. He was concerned about his wife’s safety with a family that was so obviously hostile toward her.

Six days after landing at the Islamabad airport, Shahid was found dead on the staircase of her cousin’s house in their ancestral village in Punjab.

Reports indicate that her father was not as sick as the family claims.

Since his wife’s death, Kazam has travelled to Pakistan to pressure police and politicians to fully investigate. Police say he is under 24-hour protection after receiving multiple death threats.

Reversing the police findings is a major step toward justice for Shahid. In a nation where more than 1,000 honor killings are reported each year, and many more are suspected of occurring, an arrest and actual punishment may be harder to get.

Pakistan outlawed honor killings in 2014, but the law has a loophole where, if the victim’s family members forgive the perpetrator, the charges are dropped.

After Baloch’s murder, the Pakistani Parliament committee has agreed on new language for a bill that would fully outlaw honor killings. For the sake of women everywhere, there’s hope it will pass soon.