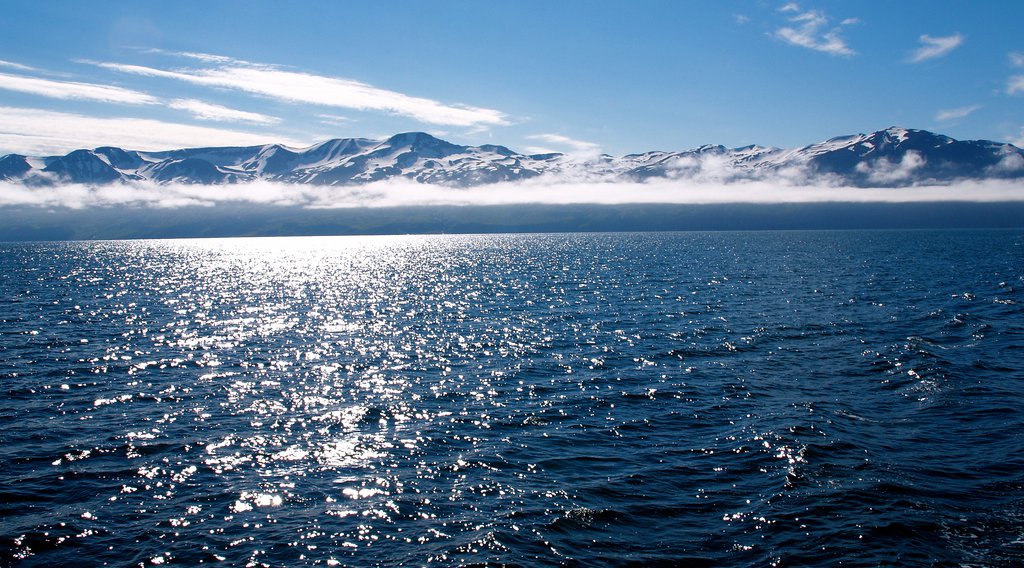 British explorer Pen Hadow has set out today on a voyage that has been labelled one of the “most extreme and urgent” in history.

He and his Arctic Mission team will be embarking on a voyage to the North Pole, aiming to sail all the way to the most northern point on Earth for the first time ever.

The point is to reveal to the world just how dramatic the changes to the Arctic Ocean have been since the first explorers travelled over ice to the Pole in the early 20th century.

Now, the ice that previously made that journey possible has melted, and Hadow’s team wants to reveal what we’ve already lost to climate change.

And they're off! Arctic Mission leader @PenHadow, snapped here by photographer @MartinRHartley before Pen’s world-record-making solo expedition to the North Pole in 2003, and the team are on their way to Nome, Alaska, where they’ll be based until setting sail in a few days time. You can watch their progress on our #InstagramStories. First stop: Reykjavik, Iceland. #protect90north.

Global Citizen campaigns to achieve the Global Goals, including Global Goal No. 13 on Climate Action. You can take action here.

“Our point is already being made that we’re even looking to go as far north as we are, and to start introducing people to just how broken up and thin and rotten the sea ice is becoming in the summer times,” said Hadow, in a Facebook Live video from the yacht, moored until just hours ago in Nome, Alaska.

“This is not something that’s going to be happening in the future. We’re in it right now. It’s just that people are not too aware of it.”

Hadow is one of Britain’s foremost explorers and has been launching expeditions onto the Arctic’s sea ice for more than 25 years. He is joined by skipper and co-leader Erik de Jong, and lead scientist Tim Gordon, as well as a team of photographers, film-makers and journalists to document their findings and report back.

After setting off from Nome on their two 50-foot yachts – Bagheera and Snow Dragon II – the team won’t see land again for six weeks as they sail the 3,500 miles round-trip to the top of the world and back.

And this voyage isn’t a moment too soon.

Since satellite records began, in 1979, the Arctic has lost an average of 28,000 square miles of ice every year – that means the region shrinks by about 7.4% every decade. And it’s speeding up.

“This year is probably the year where sea ice cover is in its most reduced, disrupted, and weakened state. Some might say for as long as the last 130,000 years or so. More certainly in the last 40 years since satellite records began,” added Hadow.

READ MORE: There Is a Climate Bomb Lurking Under Arctic Permafrost, Experts Say

Historically, the ice was up to 5 metres thick. But right now, the team says, it doesn’t seem to be more than 1 metre anywhere.

This is a problem because Arctic sea ice is vital, for keeping the polar regions cool and helping moderate the climate around the rest of the world.

Its bright surface reflects 80% of the sunlight that hits it straight back into space. But as sea ice melts in the summer, it exposes the dark ocean surface, which instead absorbs 90% of the sunlight. The ocean heats up, and temperatures rise even further.

According to Hadow, up to 40% of the Arctic Ocean has been open water in recent summers. This year, he estimates, it could be as much as 50%-60%.

With no ice covering the water, the wildlife below becomes exposed and vulnerable: to exploitation by commercial fishing; to disruption by tourism; and to pollution by shipping and mining.

After bad weather, then low water levels, delayed our departure, we’ve finally left Nome, Alaska! At just before 22:00 (local time), we boarded our two yachts (Bagheera and Snow Dragon II) and made our way out of the harbour. Our route will first take us up the Bering Strait, between Russia and the United States. From there we’ll sail along the international dateline - and beyond! We’ll be sharing our progress across all our social media channels (links via website in profile). And if you missed our latest pre-departure Facebook Livestream with expedition leader Pen Hadow, skipper Erik de Jong and lead scientist Tim Gordon, you can watch it again by visiting our page. Photo: ConorMCDPhoto #arcticmission #protect90north

READ MORE: The US Government is Censoring the Phrase ‘Climate Change’

“Even this summer, commercial fishing fleets may start exploiting this area for money, and governments for power,” the expedition team says on its crowdfunding page.

“If we can sail about in our small yachts, imagine what damage the much bigger, stronger commercial fishing vessels could do any time soon.”

So the second aim of the Arctic Mission is just as important: to reveal just how abundant the marine life is around the North Pole, and send a powerful message to world leaders just what’s at risk.

The waters of the Central Arctic Ocean are relatively unexplored, and the team plans to undertake the “urgent and essential scientific research and information gathering that policy-makers must have, so that they can work out how best to protect this ecosystem.”

They will discover and share the previously unseen wildlife and ecosystem of the ocean around the North Pole, recording as many forms of marine life as possible.

​Our filmmaker @Tegid_ has arrived. We love his drone footage of Snow Dragon II, shot during one of our test sails off the coast of Nome, Alaska. And we can’t wait to see what he captures as we sail north (if only the unusual weather system over the Bering Strait would clear so we can get going!). If you missed our Livestream, where we introduced the complete Arctic Mission team, you can catch it again by visiting our Facebook page (link via website in profile). Video: @tegid_ #arcticmission #protect90north

As well as the more well-known wildlife — the polar bears, whales, seals, birds, sharks and other fish — the team will also document the crustaceans, drifting animals, drifting plants and even, what Hadow has termed, “our ocean’s 100% awesome” microbes.

“The region being so unexplored is a problem! No one knows enough about it to know how best to protect it,” says the team.

“We’re putting everything on the line to explore this little-known and now vulnerable ecosystem in our planet’s overall life-supporting system.”