The US Government Is Censoring the Phrase ‘Climate Change’

Will limited the use of the words ‘climate change’ stop it from happening? 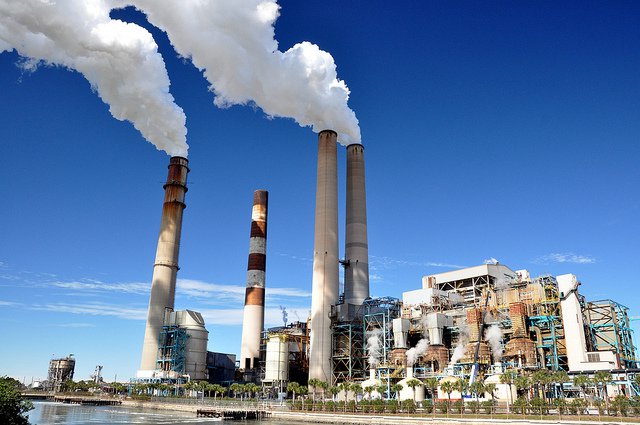 Climate change is real. It’s a pattern of increasing temperatures and extreme weather that most scientists attribute to the burning of coal and fossil fuels.

But don’t tell the US federal government that.

The United States Department of Agriculture has reportedly been told not to use the term “climate change” in documents, according to emails obtained by The Guardian.

The email came from Bianca Moebius-Clune, the director of soil health at the Natural Resources Conservation Service (NRCS), a department of the USDA, who said the instructions were given to her and were to be passed on, according to the report.

The email was sent on February 16, one month after President Donald Trump took office.

Another email, from deputy chief for programs at the NRCS, Jimmy Bramblett, said:

“It has become clear one of the previous administration’s priority is not consistent with that of the incoming administration. Namely, that priority is climate change. Please visit with your staff and make them aware of this shift in perspective within the executive branch.”

He warned his staff to use “prudence” in deploying the phrase “greenhouse gases.”

Read More: The One Issue the Trump Administration Is Trying to Make You Forget

Moebius-Cline was more specific: staffers should avoid saying that the solution to climate change is to “reduce greenhouse gases” and should instead say it is to “build soil organic matter, increase nutrient use efficiency.”

The language changes alone are minor, but combined with other shifts in policy and speech throughout the federal government represent a worrying shift in environmental politics of the new administration.

Last month, climate scientist Joel Clement was demoted from his position at the Department of the Interior to an accounting job in a move he views as politically motivated, which led him to file a whistleblower complaint on behalf of 50 other scientists he said were treated similarly.

Even before that, however, the government was changing the way it talked about climate change: in April, the Environmental Protection Agency deleted its entire climate section from its website. The White House and Department of the Interior also deleted sections on climate change from their websites. Energy Secretary Rick Perry recently blamed climate change on oceans, not humans.

And, of course, earlier this year Trump withdrew the US from the historic Paris climate accord.

Today’s report about language censorship in the nation’s environmental policy offices is another sign that the current administration could stop progress on fighting climate change.