It's hard to keep up sometimes, so we examine the best and worst of Brexit so far. 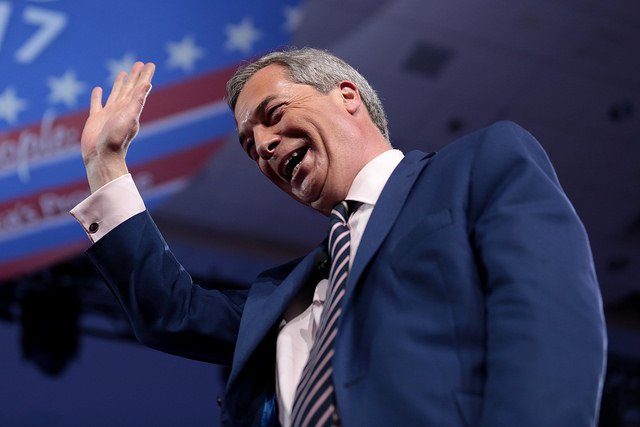 Here we are. For both Remainers and Brexiteers, the horror movie violins have bowed eerily in the background for over a year, and now it’s time for the big finish. Or rather, the big beginning. We’re still on “Star Wars: The Phantom Menace” — trans-galactic trade deals and Ja Ja Boris. But, depending on your perspective, there’s still a while to go until the post-diplomacy apocalyptic volcano planet lightsabre duel (and... breath), just before the imperial march chimes in. Two years, to be exact.

We are, definitely, now here. The big red button has been diligently thumbed, on schedule. Blithe public statements are on higher rotation than the last Drake record. What else could make it onto Radio 1, Magic FM, and Smooth Glasgow in one fell swoop, bar Brexit? The trigger has been pulled, the flag out of the nozzle reads “BOOM”, and the media clutch their heart and gasp with all the histrionics of Jim Carrey’s cowboy character in ‘The Mask’. Or Ed Balls dancing to Cuban Pete.

Read More: A Very Serious Global Citizen Guide To All The Important People In UK Politics

If you’re in doubt of whether we are, in fact, here - I can assure you we most certainly are. Have you seen the internet? The floodgates of a thousand think-pieces have opened, as every hot take emerges fully cooked after weeks of meticulous preheating. There’s breakup memes, Peep Show gifs ("why can't I get everything I want, all the time? Isn't that democracy?"), and probably a video somewhere of Theresa May speeches cut up to an Ed Sheeran song. “Shape of EU”, anyone?

Brexit was the political “You’ve Been Framed” — a nation plugged in to watch familiar faces fall over each other, canned laughter turned up to mask the daily sobs. I hope you’re sitting comfortably. It’s time for a cup of tea, several deep breaths, and some black and white Brexit reruns played to the Match of the Day theme tune.

You couldn’t have made this up. A 1970s rockstar and reduced-to-clear David Dickinson (to be kind) literally had a posh water fight in the middle of London. Flags were waved, insults were traded, and, according to Joel Golby, 30-second iTunes previews of “The In Crowd” blared over speakers intermittently. The pointless, popcorn-grabbing theatre of the spectacle said more about both sides of the referendum debate than any televised finger-pointing ever could. Political rhetoric — slippery when wet.

The fisherman are spraying Sir Bob Geldof and the Remain Raft with hoses: pic.twitter.com/HGpBQmEXfS

Latecomers to Thames flotilla undecided on which side to join. pic.twitter.com/VCqR9klbJf

Before the referendum, Boris Johnson announced to national panic that European Union regulations prevented bananas from being sufficiently bendy. It’s widely agreed that this is nothing more than a myth, but it certainly took off in dramatic fashion.

Damn those straight bananas! Damn them all! Don’t they realise they’re supposed to curve around the middle? They must be bent over, humpbacked, like Gollum with jaundice, or a pregnant Pikachu. In my day, they were so circular we used to call them yellow pretzels. You could wear them around your neck, then use your Dad’s Mustang antennae to play a carefree game of muckers with your lemonade-brewing neighbours. Now, there’s no bendy bananas, and no parking!

For future reference, here’s a list of things I never want to hear ever, ever again:

- Absurd suggestions that banana curvature is proof of outrageous European bureaucracy. For the sake of the people's sanity. Please.

Former New York Governor Mario Cuomo once said that “you campaign in poetry, you govern in prose”. In 2017, you could conceivably add “make speeches in Snapchat”.

Brexit has made campaigning painfully “woke”. Vote Leave promised, among many things, £50 million to anybody who could correctly guess every result at Euro 2016. Flyers around London gyms - not real gyms, however - warned commuters that their favourite Pokemon were due to be deported, to raise awareness to Brexit’s impact on immigrants. Most recently, Michael Gove joined The Sun on Sunday to hand deliver a giant Article 50 to the European Commission on (yet another) boat.

But nothing quite beats the referendum rap.

In the run up to the 2015 General Election, Nick Clegg, then-leader of the Liberal Democrats, spent nearly £8,000 recreating Carly Rae Jepson’s “I Really, Really, Really Like You”. It never saw the light of day. A year later, and Tim Farron, the current leader, released a “lit” cover of John Barnes’ “equally-lit-and-you’re-wrong-if-you-think-otherwise” cover of New Order’s “World In Motion”. Farron used to wear Pharrell hats a lot when he was in a teenage rock band called The Voyeurs. Watch his eyes - you can just about make out his inner Iggy Pop in the bit where he says “we ain’t no hooligans” .

In times of crisis, turn to Twitter. Britain isn’t so great at throwing referendums, but we’re exceptional at making fun of them. Here are five of the finest to print out and hang next to the Union Jack in your bedroom.

How do I tell them?? #Brexitpic.twitter.com/6Y7hRIKINi

Did anyone else notice that the BBC's latest #EUref interviewees appeared to be Ron, Harry and Hermione? pic.twitter.com/rNP2kkiBPu

Can’t believe Leave is doing so well despite all of us metropolitan liberals tweeting each other about how wrong they are.

We are all facepalm man pic.twitter.com/hkFVXMBTGr

I'm not ready for another referendum. pic.twitter.com/LOJ62r1kPP

How did you feel the morning of June 24, 2016, staring down David Dimbleby’s knowing, Gandalf-like eyes on the BBC as he pronounced “we’re out”? Thrilled, confused, despairing? If you were at Glastonbury, like deputy Labour leader Tom Watson, you might have woken with a blazing hangover and glitter in your eyes (note: not around your eyes, but in them, and also in your trousers. Glastonbury is a weird place). But whichever way you voted, at 4.40am, the country was finally united in understanding what Brexit meant at that moment.

As many muddled politicians and tongue-twisted newscasters clarified over the course of the campaign, Brexit definitely means breakfast.

A chaotic breakfast: takeaway full English served at a busy vegan cafe, coated with marmite, eaten on the tube during London rush hour, without napkins.

A continental leg-fast: nope, that’s just not funny. Nobody in their right mind would entertain that pun.

A breakfast that works for everyone: probably just dairy-free buttered toast. It’s hard to find something we can all agree on. No jam, though - we’re too busy trying to sell it back to the French, apparently.

It's fine. Nothing will actually happen until Mary Berry triggers Arctic Roll 50. #Breadxit#GBBO

You can either laugh, or cry. But between bursts of hysteria or fits of joy, one thing is absolutely certain. Make no mistake about it - Article 50 is here. Brexit is happening. Now, we need to make sure it truly does work for everyone. The stakes are too high for us to fail.

Article 50 has been triggered - but do you know how #Brexit could screw over the world's poorest? Please RT to spread the word. pic.twitter.com/XPmV7RpSNY