True equality involves everyone, so why not!? 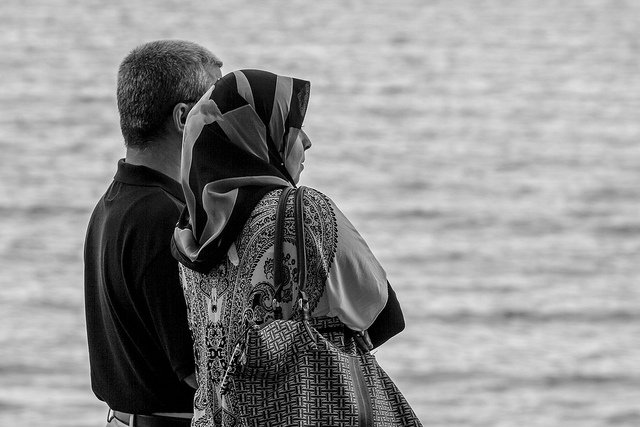 The UN has declared March 8th, International Women’s Day and what a badass day it’s going to be with all of our favorite international women killing it by giving poverty, inequality, and injustice the boot!

On this day, global citizens can celebrate the social, economic, cultural and political achievement of girls and women across the world. With the celebration also comes an opportunity to to act and make even more progress toward gender parity.

Question you may be asking at this point: “If it’s going to be so great, for pete’s sake why are we bringing males into this?”

You’re probably going to bump into a guy (or two), or maybe even your own boyfriend/hubby on International Women’s Day, so here’s what to say to your significant other (or your guy friends):

(Disclaimer: this advice is for when you’re dealing with the boys who are “gung ho" for gender equality)

Attention boys, chaps, men, and all you XY chromosomes peoples:

It may not be the normal response, but it’s really important to say thanks for the support! Thanks for cooking dinner sometimes, for letting the lady pay, for not making a big deal when a woman holds the door open for you, and for letting all the chicas chatter and ramble on about girls and women issues (and joining in on the conversation!). Thanks for telling women to dream big and to shoot for the moon because even if they miss, they will land among the stars. It’s important that the fight for equality is a genuine one and when you fellas genuinely see girls and women as humans before anything else--it’s appreciated.

Because why not? Whether it’s today or everyday, don’t be afraid to celebrate! This doesn’t mean you have to buy flowers or a big chocolate bar (although the latter is a delicious idea), but you can lead conversations and support girls and women by reading articles, sharing social media, and asking questions! Spending time with girls and women ain’t that bad, especially if you’re with a shero (she-hero) and relationships are so important! Women know you gentlemen are supportive, but there’s more work to be done!

3. Purple: wear it loud and proud!

4. Imagine what it’s like to be a girl or a woman

Here’s some food for thought, people are generally hungry to think! Imagine having a tax on one of the most essential items in your life? One word: tampons. Imagine no paid leave for one of the most natural things in life? Birth. What about equal pay? Imagine someone in the same position as you, received more based on their height or hair color (Yes, gentleman, that exists across gender and racial lines). Imagine being told you cannot do something because you’re a female. What would the world look like if men had the same problems women have, or better yet, what if the roles were reversed and this was all for International Men’s day? You’d want the support, so show some for women today!

5. Stop the stereotypes! You can do it!

Exibit A pictured above. It’s okay to stop the daily bigotry you witness! Get your bros to stop underestimating women! You know very well that girls and women are essential to successful global development. They’re soldiers, professors, athletes, construction workers, mothers, scientists, CEOs, entrepreneurs, lawyers--the list goes on. If females just stayed in the kitchen, would that really be fun? Also, those math test results prove girls are way more than beautiful! Your voice matters in all of this, so why not use it to stop stereotypes?

6. Make some room for us at the table, please!

Unfortunately, there’s currently an elephant in the room. Men are still running the show. Wait-what? All this time and Beyonce was wrong about girls running the world? No, don’t worry (you can still sing that song in the shower) but just to be clear: there are not enough girls and women running the world! UN Women discovered that as of August 2015, around the world only 22% of national parliamentarians were female and only 17 % of government ministers were women. As for outside the political arena in just the US alone, females currently hold less than 25 CEO positions at top companies. Uh. That means more than half the world’s talents are not being tapped into. So guys,  please scooch over so women can sit right next to you when the important decisions are being made. Women know you specifically may not be trampling over them, but since you’re a fella you can vouch for an open spot going to a woman this time around! (thank you!)

Because solving one of the world’s biggest issues alone is not an option. We all have to work together!