This must no longer be ignored. 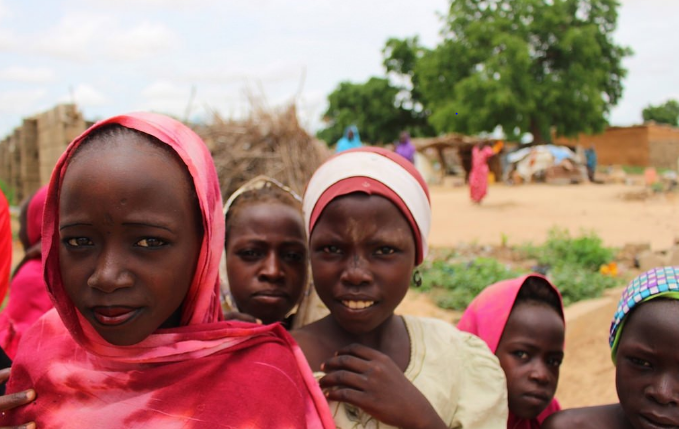 Since it emerged in 2009, Boko Haram has wreaked seven years of violence and carnage on northeastern Nigeria. Responsible for killing more people than ISIS, the insurgent group was ranked as the world’s deadliest terror group by the Global Terrorism Index in 2015. After the infamous kidnapping of almost 300 schoolgirls from Chibok, a town in Nigeria’s Borno state, the militant group became a household name. However, the full extent of the devastation they have caused — killing 20,000 and displacing 2.3 million people in Northern Nigeria, is only just coming to the fore.

Right now, almost 250,000 children in Borno State are suffering from severe malnutrition, according to UNICEF. That's one in five children in the area formerly occupied by Boko Haram who are at risk of death. It is what one UN official has described as “the worst humanitarian crisis in 20 years.” This hunger crisis has been mounting since 2014 when Boko Haram seized large territories in the North East, crippling agriculture and the local economy, and forcing millions from their homes. Why has this crisis gone on so long? And why has nothing been done to change it?

For years, Boko Haram has devastated farmland in Borno State —  2016 will be the third consecutive year without a harvest.  With constant unrest, humanitarian responses have been difficult to orchestrate as violence prevents aid workers from reaching those in need. Since a number of territories were recaptured by the Nigerian government in recent weeks, humanitarian organisations are now able to access hard to reach areas, and they are “horrified” at what they have found. The security situation is still volatile, and on July 28, the UN temporarily suspended humanitarian assistance missions in Borno state pending review of the unrest, after Boko Haram militants attacked a humanitarian convoy, injuring a UNICEF employee and a contractor.

In addition, many have accused the Nigerian government of neglect, believing they took a long time to admit the situation had reached crisis levels for fear of international shame. They only finally declared a state of emergency on nutrition in late June.

What is the world doing about this?

Not enough. From the 300 school girls who went missing and are still yet to be found over two years later, to those who are dying in Internally Displaced People (IDP) camps, the effect of Boko Haram’s savagery has made life incredibly difficult for millions. But when it comes to global coverage, the hundreds and thousands who have died in Nigeria are rarely mourned like their counterparts in the West

An interesting comparison is with the seige of Madaya in Syria. The crisis only made headlines once pictures of starving children surfaced. Why did it take so long for the world to notice?  When white lives are lost, the world mourns, but the same cannot always be said for black and brown bodies.

Read More: Food Finally Reaches Starving Syrian Town of Madaya - But There Is Still Work To Do

The sad truth is that people don’t expect to hear about millions of people dying in Europe or North America, but they do expect to hear about millions dying from war, poverty, and disease in "Africa" — a term they use to describe a distant region without delving into the diversity contained within its borders. So people aren’t surprised when they hear about starvation in Nigeria, because they believe that’s normal in this part of the world. That’s what they always see in the adverts for charities, and on their local news coverage, a fly on a black child’s face. We have become desensitized.

Read More: Africans Are All Poor And 15 Other Myths

In reality, Nigeria has many more stories  than what is often portrayed about Africa as a whole. So the idea of starving kids in Nigeria should not be considered the norm. Just as this story would be shocking in a Western context, it’s also shocking, heartbreaking and unusual in a Nigerian context too.

We must not allow ourselves to become desensitized to suffering around the world. No one should starve to death, in any country. The people of Borno State have already survived so much, it’s time Nigeria and the rest of the world stood up to help end this crisis once and for all.

This piece is written by an external contributor and does not necessarily reflect those of Global Citizen and its partners.