11 Books by Women Every Global Citizen Should Read

These books were written by women, but they’re not just for women. 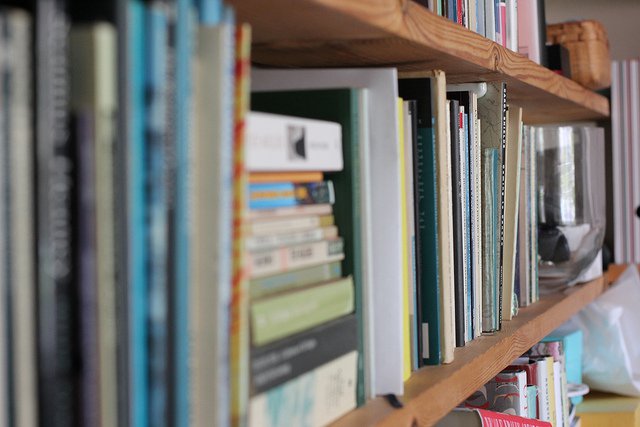 Reading encourages people to learn and grow. It gives them the opportunity to travel without going anywhere and understand others better. So it is important to read from a diverse offering of books, to open our minds to new perspectives and ideas.

And sadly, what we’re often encouraged to read — in school or by prestigious reviews — are books by men. While those are certainly great, strictly reading books by men means we fail to hear the voices of half the human population.

These books are, by no means, unacclaimed, but we’ve pulled together a list of great reads written by women, featuring strong women, complex characters, and nuanced relationships. These are books by women, but not for them — they’re books everyone should read, they just happen to be written by women.

Lean In: Women, Work, and the Will to Lead by Sheryl Sandberg

Sheryl Sandberg’s book is part autobiography, part social critique. Lean In looks at the way society puts up barriers to women’s success, particularly in the business realm. Using her personal career journey and experiences as jumping off points, Sandberg raises questions about bigger issues facing working women and what can be done, without being pedantic or alienating. Many women will recognize themselves in her stories and identify with her struggles — even if we haven’t all been the COO of Facebook.

Though women may take comfort in the fact that a successful woman like Sandberg has felt the same pressures that they have, this is not just a book for women. It is, arguably, more important for men to read Lean In, to gain awareness of how the culture of male-dominated industries and expectations of women can inadvertently hold women and society back.

The History of Love by Nicole Krauss

“there are two types of people in the world: those who prefer to be sad among others, and those who prefer to be sad alone.” ― Nicole Krauss, The History of Love - ♥ The History of Love ny Nicole Krauss ♥ Hardcover I VND 400.000 ♥ CONTACT Mây Mây to make the book YOURS #mâymây #sách #bookstagram #booklover #mâymâybookstore #hiệusách #sáchhay #tiểuthuyết #hànội #lozihn #lozi #bookoftheday #love #thehistoryoflove #nicolekrauss #trichdan #trichdanhay #books

Krauss’ complex novel weaves two seemingly disparate stories together: the life of a lonely man in his 80s and a 15-year-old girl’s search for meaning. It’s a story that’s simultaneously melancholic and uplifting.

Unfortunately, following its debut Krauss’ novel was critically compared to her husband’s work (now her ex-husband, Jonathan Safran Foer). The New York Times criticized her as having written The History of Love “under the influence” of male writers, including her husband. Particularly harsh, because as New York Magazine noted, “the literary couple is a familiar phenomenon, and one notoriously unfair to the female member.” But The History of Love stands on its own as a great novel, written by a strong female writer, featuring a resilient female protagonist.

(The Complete) Persepolis by Marjane Satrapi

"I remember I led a peaceful, uneventful life as a little girl. I loved fries with ketchup, Bruce Lee was my hero, I wore Adidas sneakers and had two obsessions: Shaving my legs one day and being the last prophet of the galaxy." ~ Marjane Satrapi #outsidermoment #persepolis #marjanesatrapi #inspiration #girlpower

Persepolis is Marjane Satrapi’s memoir told in black and white comic images which was originally released in two books. The first half of the book is the story of her childhood in Iran during the Islamic Revolution; the second half follows her through her teen years in Vienna, and back home to Tehran. Satrapi is a bright and brave child who grows enraged by the injustices she witnesses and evolves into a bold, strong woman, and Persepolis is her emotional tale of growing up while her country unravels.

Americanah is the story of a Nigerian girl, Ifemelu, who is forced to confront her own race for the first time when leaves home and moves to the US. The novel follows Ifemelu as she matures and finds her own footing in the world.

The reader lives through the challenges of racism and sexism that she faces as the story traces her journey of self-empowerment. Ifemelu’s evolution is unsurprisingly feminist, given that Adichie is a proud one (her “We Should All Be Feminists” TED Talk was sampled on Beyoncé’s “Flawless” track). Perhaps more notable is her feminist characterization of the male character Obinze, who evolves to make himself worthy of a strong woman. Americanah tells multiple stories touching on the same themes creating a complex representation of those ideas.

#GIRLBOSS is the autobiography of Nasty Gal founder and CEO Sophia Amoruso. Amoruso recounts her unusual and challenging path to success — how she turned a vintage clothing store on eBay into a global brand — while encouraging others to chart their own courses. It’s an empowering book that challenges every reader to relentlessly chase their dreams even if that means doing the unconventional — but in a world that tends to celebrate the likes of Mark Zuckerberg and Bill Gates more than their female counterparts, Amoruso provides a much needed voice.

If you don’t have time to read the book (because you’re too busy reading all the others on this list), #GIRLBOSS will also premiere as a Netflix Original Series next year.

Little Women by Louisa May Alcott

Louisa May Alcott’s novel was originally intended for young girls in the 1860s. But Little Women, which follows for sisters as they grow out of childhood and into womanhood, is an ageless story. The sisters have vastly different personalities and goals, reflecting different ideas about what it means to be a woman and what it means for a person to be fulfilled. Their stories are juxtaposed in a way that validates all paths and shows that a woman can be anything she wants and should be free to choose how she wants to live.

Their Eyes Were Watching God by Zora Neale Hurston

Zora Neale Hurston’s celebrated novel follows the life of Janie Crawford as she grows from a teenage girl who fulfills the expectations of others into an independent woman, unconcerned with society’s judgement of her. Their Eyes Were Watching God is the story of a woman who refuses to be confined to the role that men and society have chosen for her. It’s the story of a woman who endures hardships, conquers challenges, and rises up. She ultimately defines what it means to love for herself without having to account for her decisions or beliefs to anyone else.

To Kill a Mockingbird by Harper Lee

To Kill a Mockingbird is an American classic whose strong female protagonist is just 6 years old when it begins. It’s a story of justice failing in society, but prevailing as an ideology among youth. It’s about standing up for what is right even when that goes against social norms, even when no one else will. Harper Lee’s great novel is one that focuses heavily on tolerance, compassion, and justice — and that’s exactly what Global Citizen is about.

A photo posted by Outtakes and Takeouts (@outtakesandtakeouts) on Sep 7, 2014 at 9:28pm PDT

This novel spans generations, intertwining the lives of mothers and daughters so that they are truly inextricable. The Joy Luck Club tells the story of four Chinese immigrant families, specifically the women of those families whose lives are connected by history, hope, and loss. It raises questions about what it means to be a “good daughter” and challenges social norms and expectations. Tan’s novel deftly examines the relationship of women to other women, how they hurt each other, but ultimately forgive and embolden one another.

The Color Purple by Alice Walker

The Color Purple is a novel that follows the coming of age and adult life of Celie. Motherless, uneducated, and living in poverty, Celie is vulnerable to abuse and allows her life to be determined by other people’s needs and expectations. As she encounters other women and matures, she learns from them — about life, about independence, and about herself. Walker’s book narrates the evolution of a girl who was powerless into a woman in control of her own happiness.

Middlemarch is novel, set in the fictitious English town of the same name, written by Mary Ann Evans under the pen name George Eliot. The book was published in the 1870s, a time when female authors were mainly expected to write light romance reads (the 19-century equivalent of “chick lit”). Evans chose to use a pen name so that her work might be taken seriously. Her ambitions, as well as the constraints her society imposed on her, are reflected in her novel in Dorothea Brooke, one of the main characters. Dorothea is an ambitious and intelligent woman, whose aspirations cannot be realized because of the role prescribed to women. Evans/Eliot has been criticized as anti-feminist because Dorothea ultimately marries a man who is “undeserving” of her. But regardless of the ending Middlemarch paints a portrait of a time when a woman’s place in society is narrowly defined and raises important questions about what that meant for women of ambition. Eliot herself lived a more empowered life; she enjoyed success as one of the highest-earning women in England at the time and, despite the scandal it caused, lived with a married man for over 20 years, considering him her husband.

Read more: You’ve read all the books on this list and need more recommendations? Check out some of our other reading lists.

10 Books That Made Me a Global Citizen

12 Books Every Global Citizen Should Read This Summer