How 5 Brands Are Transforming Black Friday For The Greater Good

Charity > profit. Never heard of Black Pieday? You have now. 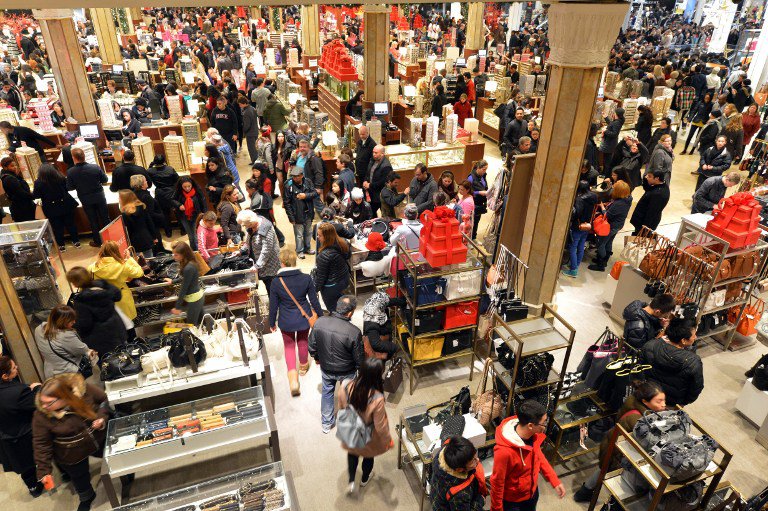 14 million Brits will splash out nearly £2 billion on Black Friday. By the time you’ve finished reading this article, over £10 million more will have been spent. Tens of thousands of pounds will dance around discounts for every word you read right now. Unless you’re blacking out for Buy Nothing Day, a third of the UK is expected to cash in on deadline deals to save some money in the run up to Christmas.

But it doesn’t have to be this way. Some brands have set their goals beyond bargains, aiming for a better world instead. So get those wallets out free of guilt. Shopping hasn’t been so much fun since Dale Winton retired.

The famous pie makers have pronounced today #BlackPieday, and will be giving away surplus food stock in its regional outlets in return for donations to homeless charity Shelter. It’s part of A Little Act of Pieness, a campaign that’s given away 18,000 pies since it began at the start of the year. Shelter have helped millions beat homelessness. Not a bad way to spend your dough (sorry).

What you doing tomorrow morning? Donating to @shelter in return for free pies of course #BlackPiedayhttps://t.co/GgJw6KWq8n#blackfridaypic.twitter.com/HZTESBUsIi

Black Friday just got more explosive. Lush are releasing a bath bomb to raise money for the digital activists at Access Now, a charity that fights government ordered internet shutdowns. As part of the #KeepItOn campaign, they’re also collecting names for a petition asking world leaders to protect the internet. They look a bit like Harry Potter dragon eggs too. Which is cool.

Thanks to everyone who came out to our launch with @lushcosmetics last night! Get your exclusive 404 Bath Bomb on Black Friday. #KeepitOnpic.twitter.com/qWrNEgUtjL

The clothes brand has scrapped Black Friday discounts completely. Instead, they’ll be donating £100,000 of profits earned this week to a huge variety of local charities across the UK. For every regional store, they’ve picked a different charity that’s important to their community. One staff member, in Newark, will be dressing up in as many of the store’s clothes as possible to raise even more money.

Instead of Black Friday discounting, we're donating to charities & giving back to communities around us! #thanksforgiving#sharethehappinesspic.twitter.com/mSMGq0dDbh

Every single thing you purchase from Patagonia’s Black Friday sale will go straight towards environmental causes. Every. Single. Thing. That’s not just profits - that’s all the money from every single sale. Since 1985, 1% of the company’s sales have gone to charity, raising over $74 million.

“The threats facing our planet affect people of every political stripe, of every demographic, in every part of the country,” said CEO Rose Marcario. “We all stand to benefit from a healthy environment—and our children and grandchildren do, too."

LoveOurPlanet. This year Patagonia will donate 100% of its global Black Friday sales to grassroots organizations working in local communities to protect our air, water and soil for future generations. These are small groups, often underfunded and under the radar, who work on the frontlines. The support we can provide is more important now than ever.  For decades, Patagonia has demonstrated that caring for our planet is not in conflict with running a successful business.  We are always looking for ways to reduce our manufacturing footprint, including our company’s reliance on fossil fuels.  We also fund grassroots environmental organizations by giving away one percent of our sales. To date that amount is $74 million.  But during a difficult and divisive time, we felt it was important to go further and connect more of our customers, who love wild places, with those fighting tirelessly to protect them. This we know: if we don’t act boldly, severe changes in climate, water and air pollution, extinction of species, and erosion of topsoil are certain outcomes. The threats facing our planet affect people of every political stripe, in every part of the country, of every demographic. We all stand to benefit from a healthy environment – and our children and grandchildren do, too. By getting active in communities, we can affect local change to protect the food we and our children eat, the water we drink, the air we breathe and the treasured places we love the most. And we can impact global priorities, too, by raising our voices to defend policies and regulations that will reduce carbon emissions, build a modern energy economy based on investment in renewables, and, most crucially, ensure the United States remains fully committed to the vital goals set forth in the Paris Climate Agreement. At Patagonia, we will grow and deepen our resolve to protect what we love. We will fight harder and smarter, and use every means at our disposal to prevail for the sake of the country, the planet and the wild places and creatures that need our voice.  We are here and we’ll keep fighting.

The fairtrade florist wins at social media. No, really. They’re hilarious. But they’re also offering a fantastic Black Friday deal where 25% of the cost of your bouquet will go to a charity of your choice. And, as you can see below, they’ve got some other pretty decent suggestions too.

Go with these guys to bring some light back to Black Friday. But the social spending season is far from over. Next week is Giving Tuesday, where last year over £6,000 was donated every single minute. Watch this space!