Bana Alabed, 7-Year-Old Tweeting From Aleppo, Will Be Brought to Turkey

The 7-year-old and her mother have begged for help for weeks from the war-torn city. 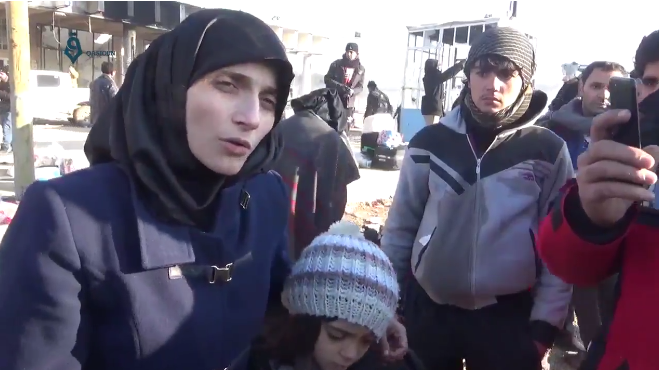 The future is a bit more hopeful for 7-year-old Syrian refugee Bana Alabed and her family today, after they escaped the besieged city of Aleppo on Monday.

Bana, who has been tweeting about the attacks on Aleppo for months along with her mother Fatemah, will be brought to Turkey with her family, Turkish Foreign Minister Mevlut Cavusoglu said, according to Reuters.

The pictures and messages from Bana’s account in recent days have been harrowing, as the family wrote their “final” goodbyes multiple times while Syrian armed forces drew closer to the part of Aleppo where they were staying after their house was bombed. The account has nearly 350,000 followers.

But the family did stay alive, and was evacuated Monday from the city.

I escaped from East #Aleppo. - Bana

Read More: Bana Alabed, Tweeting From Aleppo, Has Finally Been Evacuated to Safety

Fatemah told the news agency Qasioun that she was very sad to have to leave her home.

“I am sad because I leave my country, I leave my soul there ... We can't stay there because there are a lot of bombs, and no clean water, no medicine,” she said.

"When we get out, we had a lot of suffering because we stayed almost 24 hours in bus without water and food or anything," she continued. "We stayed like a prisoner, a hostage but finally we arrived here.

Fatemah spoke of how she wants a better future for her children.

The family was evacuated to Idlib, west of Aleppo.

The effort to get civilians out of Aleppo as Syria retook the city from rebels was halted multiple times over the last week as the two sides stopped and restarted fighting. The United Nations Security Council voted Monday to send observers to Aleppo to monitor the evacuations of the remaining civilians from the city.