One Last Push champions joined together in support of ending polio

Whilst we rarely see politicians agreeing on an issue, this year's World Polio Day commemorations at Australia's Parliament House saw all Parliamentarians come together to throw their support behind eradicating polio once and for all!

The fact that polio is 99.9 percent eradicated is proof that vaccines work and that if we work together preventable diseases will be a thing of the past.

Global Citizen Australia joined forces with the Parliamentary Friends of UNICEF, RESULTS Australia, Rotary International, Polio Australia and UNICEF Australia to hold an event in acknowledgement of efforts to date and the task ahead to finally see polio eradicated from the world.

Today we inked Parliamentarians as a symbol of immunisation programs around the world @RESULTS_AU@GlblCtzn@Rotary@unicefaustraliapic.twitter.com/xF4piLFlIt

This year's event was especially exciting as we thanked (on behalf of the thousands of global citizens who took action calling for the Australian Government to make a further commitment to polio eradication) Australia’s Minister for Foreign Affairs Julie Bishop and Minister for Health and Sport Greg Hunt for the $18 million over two years commitment to the Global Polio Eradication Initiative (GPEI) ensuring ongoing support for this life-saving program.

Cross-party support for ending polio was truly demonstrated at the event when both Minister Hunt and Shadow Minister for Health Catherine King renewed the Coalition and Opposition's support for eradicating the preventable disease.

The Co-Chairs of the Parliamentary Friends of UNICEF Nationals' MP Andrew Broad (the Federal Member for Mallee) and Labor MP Senator Lisa Singh (Senator for Tasmania) spoke on behalf of the more than thirty One Last Push Parliamentary Champions in attendance confirming their strong support to ensure Australia continues to play a leading role in seeing this disease eradicated.

The event was moderated by Catherine McGrath former Bureau Chief and Chief Political Correspondent for SBS television who remarked on the how far the campaign to end polio has come since Rotary championed the efforts to rid the world of the awful disease over 30 years ago.

Alongside Maree Nutt CEO of RESULTS Australia, Trish Daley Board Director at Global Citizen Australia, and Noel Trevaskis Director of Rotary International, polio Survivor Rohan Clark from Polio Australia shared his personal experience of contracting Polio as a child in primary school. He opened up about how the disease still, and always will, affect his life.

“I need to lie down for half an hour every 4 to 6 hours. I rested before I came here, and I will rest again as soon as I finish here. As an adult I will be impacted by the disease for my entire life,” Clark shared with attendees.

And of course the event would not be complete without the outstanding efforts of the local Rotary Club of Jerrabomberra and District 9710 Rotarians who fed the crowd with a stellar sausage sizzle. 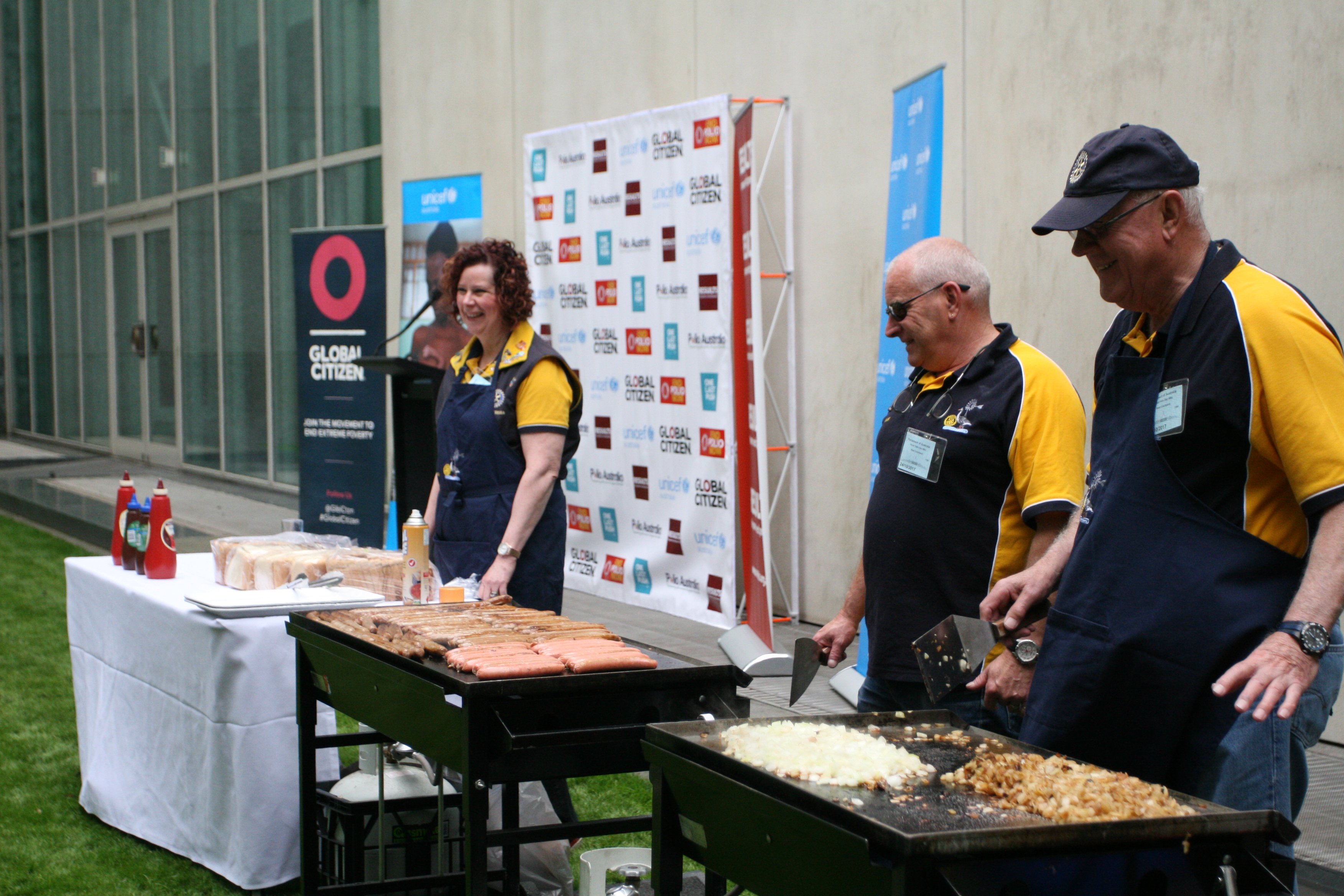 Special thanks also to Museums Victoria for providing the 3D model of the poliovirus and images of Australia’s involvement with polio advancements over time, taken from the ‘Biomedical Breakthroughs’ exhibit at Melbourne Museum earlier this year.

The event wrapped up with a call to action from Global Citizen’s Australian Country Director Sarah Meredith asking everyone to call on the Australian Government to do their part in the fight against preventable diseases like polio by ensuring it is put on the agenda at next year's Commonwealth Summit in London.

Global Citizen will continue to campaign along with their partners until polio is wiped out for good. In a matter of years there is hope that World Polio Day will no longer need a call to action and we can celebrate the eradication of polio from the world once and for all! But, for now, we just need one last push.