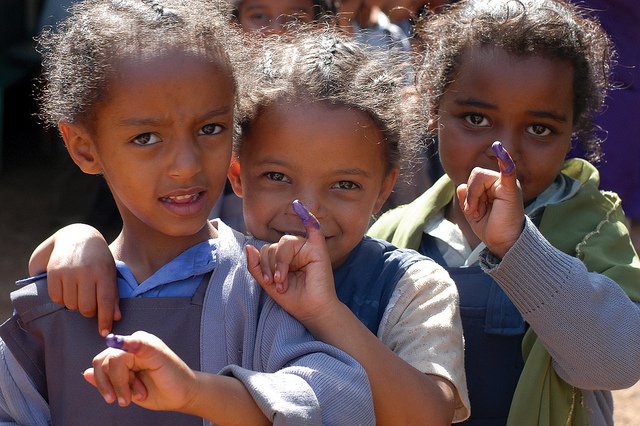 Ahead of the ‘Global Drop to Zero’ polio pledging moment at the Rotary International Convention, we’re excited to report that Australia has renewed its commitment to global polio eradication efforts by making a new funding announcement.

The announcement is the latest in a six-year effort led by Global Citizen in Australia to work towards the eradication of polio and comes just weeks after Global Citizen organized the first official GPEI visit to Australia in two years. The visit saw over a dozen behind the scenes advocacy meetings and major media coverage around the issue.

This new commitment is also the result of more than 11,000 actions taken over the past six months by Global Citizens calling on the Australian Government to increase its investment to polio eradication - not to mention the hundreds of thousands of actions taken over the past few years by Global Citizens, Rotarians, and RESULTS volunteers that has seen more than $104 million invested in the GPEI since 2011.

Critical to the success of this campaign was also Global Citizen’s outreach to every Minister of Parliament (MP) twice asking for support as One Last Push polio champions, securing motions and questions in Parliament, meeting with key officials in Canberra, having Australia push for polio to be included in the G20 Health Ministers communique, getting dozens of mentions of polio into the Australian media, and running three high-level events with MPs.

This new commitment is in line with history as it was an Australian Rotarian, Sir Clem Renouf, who led the charge in the campaign to end polio more than 30 years ago, making it Rotary’s priority campaign seeing more than $1.6 billion in donations worldwide.

It is also fitting that this commitment was made ahead of Rotary International appointing the fourth ever Australian – Ian Riseley from Victoria – as the next International President. This acknowledges the important role Australian Rotarians have made in seeing an end to polio and the great story Australia has to tell about our role as a good global citizen.

Great news from Australia! A real boost in final push to #endpolio ahead of Monday's 'Drop to Zero' Global Polio Pledging Moment! @dfathttps://t.co/LG6hZ32P8c

Whilst polio exists somewhere, it remains a threat everywhere. The world can not afford to be complacent and every child must be vaccinated in every corner of the globe so that polio is no longer in existence.

This news comes as two new cases have been identified in Syria, reiterating the urgency and imperative of governments to renew their commitments and efforts to end polio so that we stop this terrible disease in its tracks.

Going forward, Global Citizen and our partners will continue to work with the Australian Government to build off our previous successes and will closely monitor this investment in the GPEI to ensure that the actions of countless volunteers, Rotarians and Global Citizens result in a world free from polio once and for all.