“I think this week could be a game changer,” said Thomas G. Weiss. 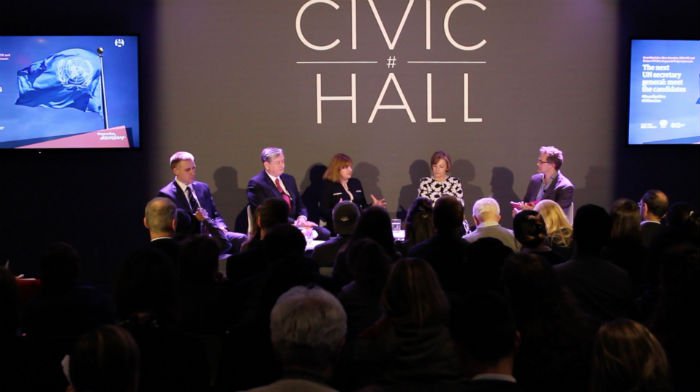 Last night, global citizen’s questions were asked at the first ever public debate for candidates campaigning for one of the UN’s  top position, UN Secretary General.

If you haven’t heard by now, this is a huge change in the process for electing the UN Secretary General. Many organizations have been pushing for a more open election process for years. Especially, since 2013 when the 1 For 7 Billion campaign was founded. Three years later, it’s happening!

“I think this week could be a game changer,” said Thomas G. Weiss of the UN Development System project.

For the first time, this week the open hearings were held to question UNSG candidates. In the past the world didn’t even know which candidates were running for the position. Now, global citizens know who the candidates are (check out the list here if you don’t) and it’s time to start asking them the tough questions.

Like the questions Global Citizen and the 1 for 7 Billion Campaign along with our partners at UNA-UK and Avaaz, asked you to rank. 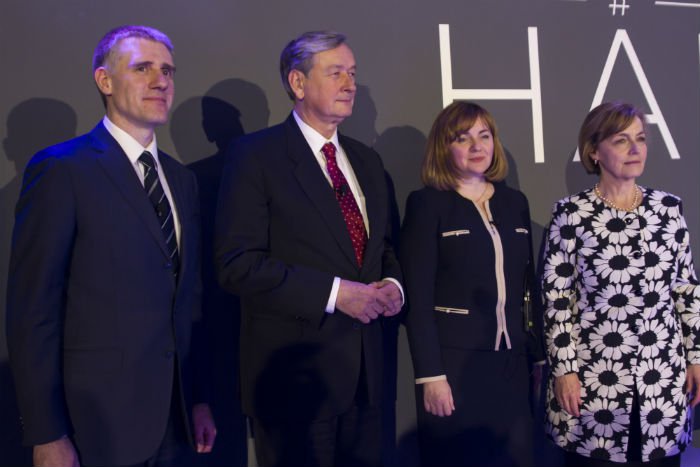 Through questions ranging from how candidates are financing their campaigns to how they would address the complexity of situations such as offshore banking, the world finally got to hear answers and meet the people whom, if elected, could be a leader on a great deal of global issues.

Candidates of course didn’t answer all 20,000. They did answer several of the questions we asked you to rank.

First, the number one question you wanted to know about was “What will you do to ensure the Global Goals don’t end up as empty promises?”

The candidates answers covered the importance of including all countries, especially nations with mid-size economies to making the Global Goals a priority in the first 200 days  once the new UN Secretary General is elected as well as  and the need to change mindsets when it comes to taking responsibility.

“One thing I think might help is to broaden the base of countries that get involved in [foreign] development,” said Pusić. She used the example of a project in Afghanistan where 10-20 countries came together to build a maternity hospital -- highlighting the power of solidarity in achieving the Global Goals.

“We really have to apply the power of solidarity,” agreed Gherman.

Solidarity was the theme of the night. During the conversation of gender equality as well. I have discovered [in all work] that teams work the best if you have basic gender parity,” said Danilo Turk, ex-President of Slovenia.

The importance of standing together acted as the base of a discussion on the refugee crisis highlighting the magnitude of the need to come together between organizations, society, and countries. When asked what can be done about the growing refugee crisis, and with four candidates from eastern Europe (a region no past UN Secretary General is from) they had great insight, acknowledging the complexity and scope of the problem yet addressing the need for “communication, and more cooperation between the UN [because] other regional organizations cannot do everything on their own,” according to Lukšić.

So now that (some) of your questions have been answered, what’s next? Well, there’s a few things to learn from the new process here.

Most important of all, “this process now has some faces,” said Pusić.

#UNSecGen debate - great to see the faces in the new process! pic.twitter.com/2PY9IdR63H

Everyone is responsible for achieving the Global Goals. Part of global citizen’s job is to hold elected officials accountable for their promises. When it comes to the Global Goals this is THE person to ensure all are accountable, and the global figure representing the change in the world you want to see. This is the first year the process and candidates will be elected with input from the world. It’s the start of something big.

“Can you imagine the next time you go to the hearing, how complex it’s going to be,” said Lukšić.

Global citizens can imagine, and hold world leaders accountable for their promises today. We can also hope that transparency in process for picking the next #UNSecGen only continues to grow from hereon out.