Your voices are being heard! 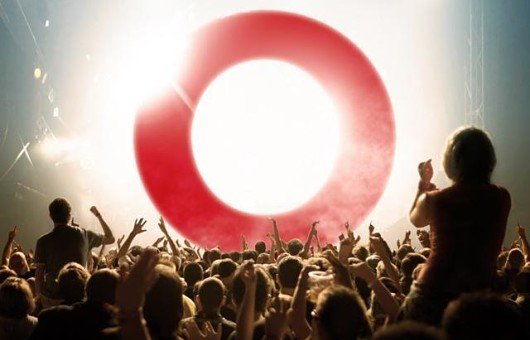 Over the last week, more than 20,000 global citizens have had their say on what questions they want to ask candidates to be the next UN Secretary-General.

Working closely with the 1 for 7 billion coalition, especially our partners at UNA-UK and Avaaz, we’ve had an amazing response to our call out, with citizens from 161 countries responding in 9 languages.

Your voices are being heard. In the official hearings that the UN are running, your questions became the very first from the public ever asked of a candidate to be UN Secretary-General, as the President of the General Assembly just tweeted.

This is a groundbreaking move - never before have citizens had any link to the process, and it was you, global citizens, who had their voices heard first.

And that’s just the start. On Wednesday, April 13th the Guardian is hosting a town hall between candidates in New York, and they’ve agreed to ask some of your questions.

So we sent them the top 4 questions, as voted by you: 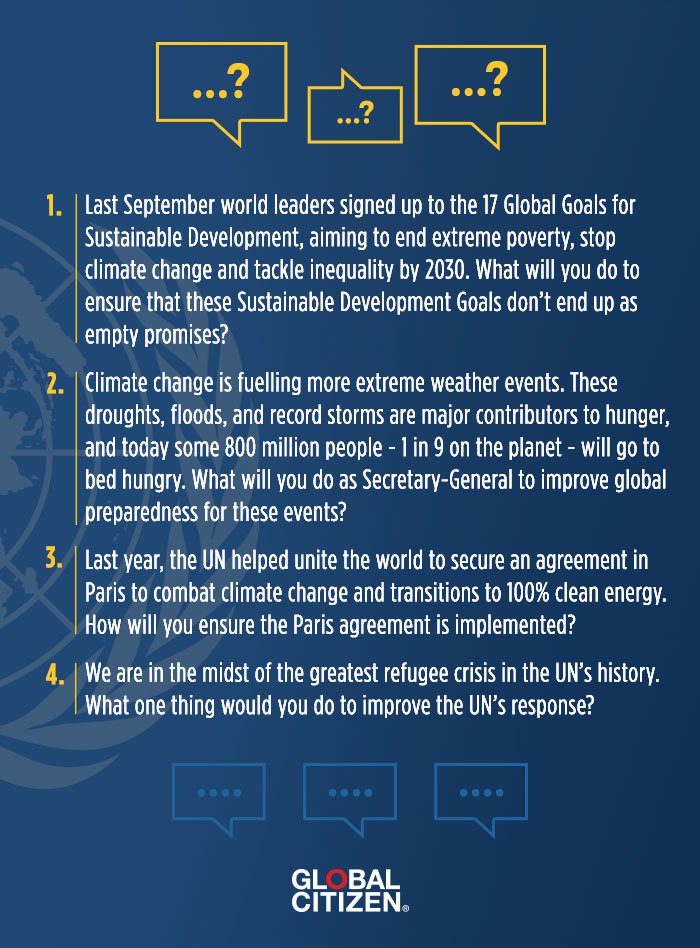 ​More than 4,000 other questions were also suggested by citizens. We’ll be poring over these in the coming week to identify key trends that we can also put to candidates.

Citizens can keep voting in the coming weeks, as there’ll be more opportunities for us to put these questions to candidates, and more candidates will be joining the race.

At Global Citizen, we’re going to dive into the data to share some of the patterns between countries, languages, age groups and more.

And, we’ll be sharing highlights from the hearings being held this week by the UN, and from the Guardian event so you can make up your mind on who you want to be the next UN Secretary-General.