The Asian Development Bank Made a Major Commitment to Water, Sanitation, and Hygiene

The ADB has committed to doubling its investments in WASH across the Asia-Pacific region. 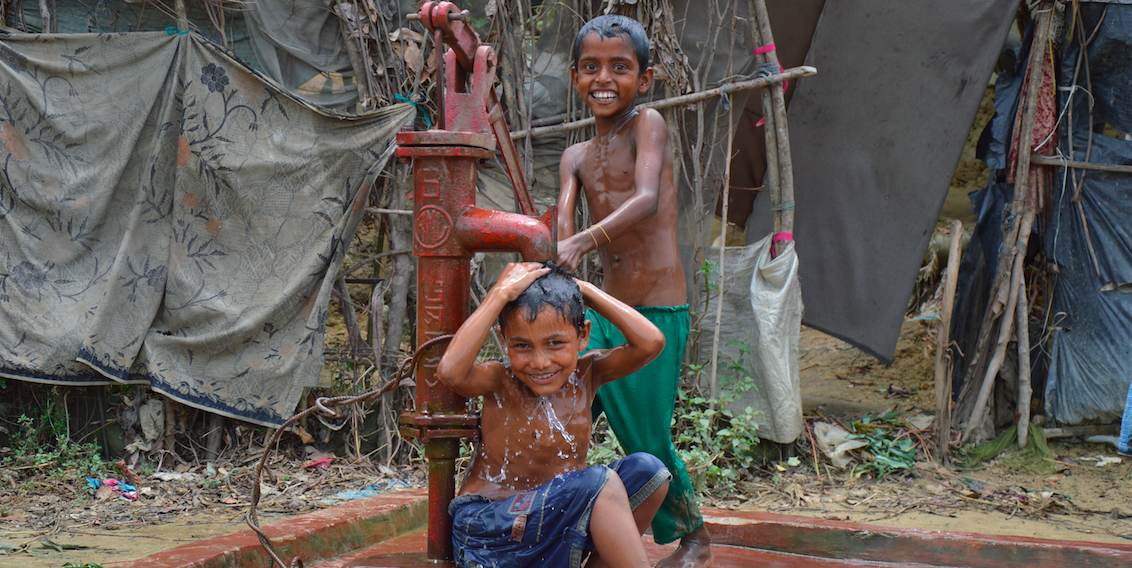 Why Global Citizens Should Care
Inadequate access to clean water and sanitation facilities impacts more than 4.5 billion people worldwide. The Asian Development Bank is showing leadership on the issue through its major commitment to improving water, sanitation and hygiene (WASH) in vulnerable communities across the Asia-Pacific region. Join us in taking action on this issue here.

The Asian Development Bank (ADB) made a major commitment to water, sanitation, and hygiene (WASH), an issue that impacts more than 4.5 billion people around the world, on Sept. 29 at the 2018 Global Citizen Festival in New York City's Central Park.

Thousands of Global Citizens gathered to make their voices heard on a number of issues — from gender equality to health — and to witness policymakers and leaders make commitments on the festival stage.

While an incident during the festival prevented the ADB from announcing its commitment on stage, it nonetheless made the largest financial commitment of the night, pledging to double its yearly budget for water supply and sanitation. Global Citizens took 6,400 actions calling for global leaders to expand their WASH efforts in the lead-up to the festival.

Even as the world makes progress toward the Global Goals, more dedicated WASH efforts are needed to save lives.

ADB has shown remarkable leadership on WASH. Over the next three years, they will devote about $2 billion annually — $6.61 billion overall — to improving water, sanitation, and hygiene conditions for people across the Asia-Pacific region.

"We have a corporate strategy [that] highlights the importance of engaging with vulnerable and lower income countries, especially countries that are currently having a large percentage of the population still living in poverty," Fei Yu, deputy representative of North America for the Asian Development Bank, told Global Citizen.

Most recently, ADB approved an $130 million project to improve water and sanitation in Nepal.

Since 1990, the percentage of people with access to clean water, sanitation, and hygiene has significantly increased; however, 4.5 billion people still do not have access to safe sanitation facilities such as toilets or latrines, according to the World Health Organization. The United Nations has since set a sanitation goal to eliminate open defecation by 2025.

Poor sanitation poses a threat to public health as it is linked to the transmission of diseases like cholera, diarrhoea, dysentery, hepatitis A, and polio. While these diseases are treatable, for rural communities in developing countries with limited access to health-care and medical services, these diseases can be deadly. Lack of sanitation takes more lives every year than AIDS, malaria, and measles combined, according to the CDC.

Improving access to clean drinking water, hygiene, and sanitation is not only crucial for public health — it can also impact access to education and economic mobility. Girls' school attendance increases when separate sanitary facilities are made available, according to the World Health Organization (WHO). In countries where period taboos persist, separate sanitary facilities in addition to access to sanitary pads and menstrual hygiene education can help provide girls with a safe, clean, and dignified means of managing their periods.

Investment in WASH is key to ending extreme poverty and could spur economic growth both locally and at a global scale. For every $1 invested in sanitation $5.50 is generated through money saved in lowered health costs and fewer premature deaths and gained through increased productivity, according to study by the WHO in 2012.

"If you tackle the problem of water supply access — access to clean water and access to sanitation and hygiene — you also have public health impact and impact on poor people who could save the time they normally would use to gather water and use it for more productive uses which would enable them to become healthier and more productive," Yu told Global Citizen.

While the ADB's commitment at the Global Citizen Festival is targeted to be implemented by 2020, the organization will continue to incorporate investments in WASH into their Strategy 2030 plan, which prioritizes investment in health equity, gender equality, and water security in order to boost development in the Asia-Pacific region.

Since 2006, ADB has invested $12.8 million in water supply and sanitation, which is expected to benefit 299 million people.

As ADB continues to achieve major strides in WASH, they hope to collaborate with as many partners as possible such as the Water Supply and Sanitation Collaborative Council (WSSCC) — a UN organization dedicated sanitation and hygiene behavior change and takes a community-based approach to improving hygiene practices, especially for the most poor and marginalized, such as girls and women, rural communities, and people living with disabilities.

Together, global leaders and citizens can ensure everyone has access to clean water, sanitation, and hygiene, and take monumental steps toward ending extreme poverty around the world.