By Jana Sepehr  and  Andrew McMaster

Myths of Rape Culture Confronted in This Powerful Art Exhibit

The clothes women wore when they were raped are on display.

By Jana Sepehr  and  Andrew McMaster

Sometimes, things have to be seen to be believed.

That is part of the message of an art exhibition being run in Brussels at Le Centre Communautaire Maritime in the city’s Molenbeek district. Aimed at shattering one of the most pernicious and harmful myths about rape culture, What were you wearing? hangs quotes from rape survivors next to recreations of the outfits they were wearing when they were raped.

The result is a powerful visual rejection of the notion that a rape victim’s clothing, or the victim herself, might be in some way responsible for their attack.

“The intent of the Installation is to create a tangible response to one of our most pervasive rape culture myths,” Delphine Goossens of Le Centre Communautaire Maritime told Global Citizen. “The belief that clothing or what someone what wearing ‘causes’ rape is extremely damaging for survivors.” 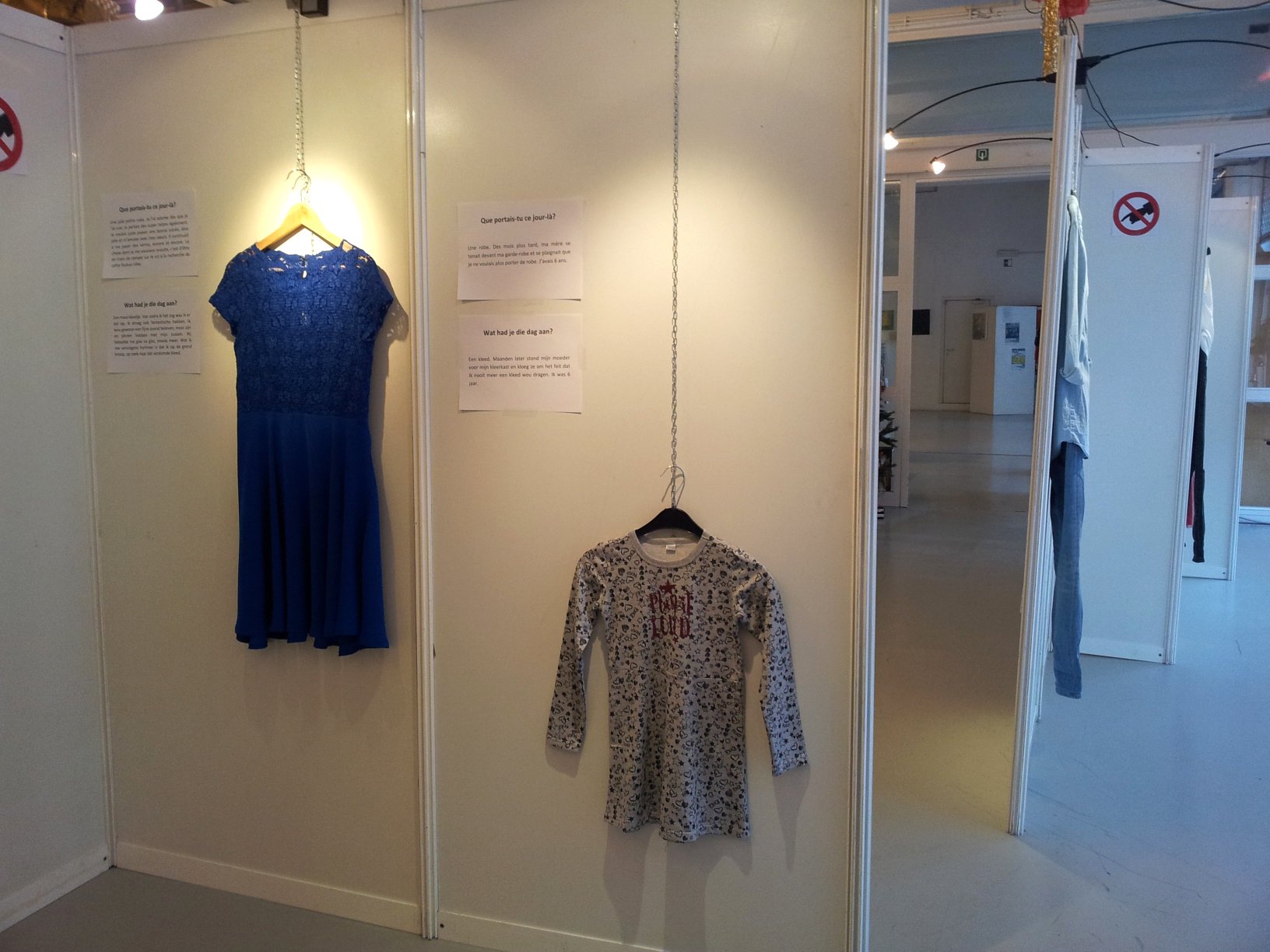 Take Action: Sign the petition urging governments to comprehensively look at their laws relating to rape, sexual violence and abuse.

Throughout the rooms of the installation, a total of 18 outfits and stories hang on the walls for visitors to explore. The articles of clothing include dresses, polo shirts and slacks, pyjamas, and even a child’s t-shirt. By including such a diverse range of garments, the work speaks to the falacy that dressing in a particular way might invite rape.

Furthermore, the large array of styles increases the chance that any given viewer might resonate personally with a certain outfit. Goossens said this connection between audience and subject is part of what makes the entire installation so moving.

“I think this exhibition is more powerful than a long speech because it is very visual,” she said.

“This installation allows participants to see themselves reflected in not only the outfits, but also in the experiences of the survivors. It shows, without a word, how absurd it is to believe that an outfit can provoke or prevent aggression.” 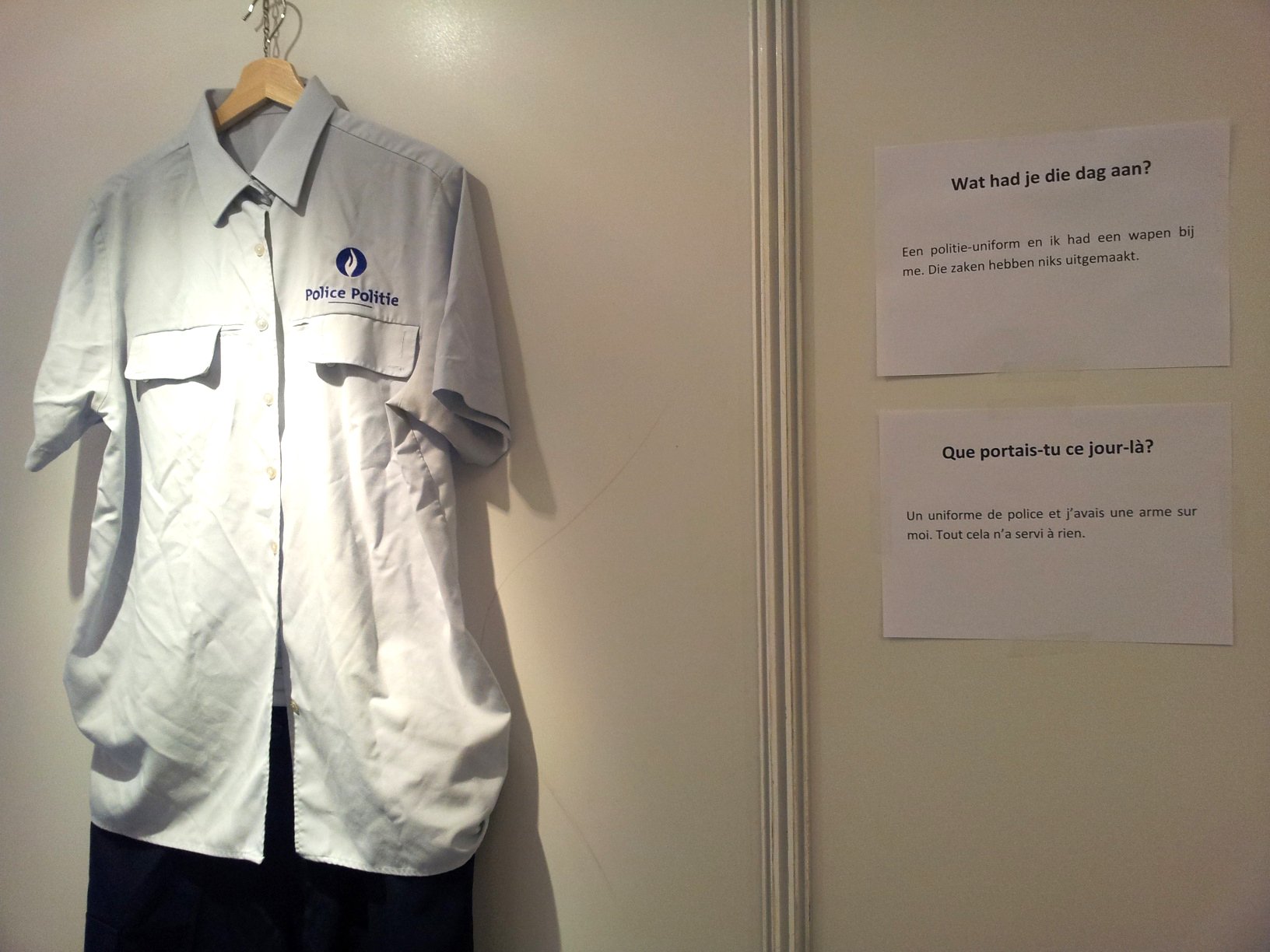 While the installation has an immediate visceral reaction, Goossens told Global Citizen that the real point of the work was to incite conversation in addition to emotion. She wants the gallery to become a space for speech about rape culture, and what can be done to shift it away from victim blaming.

Sexual violence against women remains a pressing issue across the world. The UN estimates that up to 35% of women have experienced sexual or physical violence in their lifetime, though in some countries that number rises up to 70%.

Works like What were you wearing? help to shatter the false narrative that women are responsible for these acts in some way. By provoking thoughts and creating space to explore them, Goossens says the installation can help tease out the toxic misconceptions at the heart of rape culture.

“We still tell our young girls to pay attention to what they are wearing but we still do not teach our boys to not abuse,” she said. “We would like people to understand that every woman could wear what they want; they shouldn't be attacked. That's what the exhibition shows: no outfit can prevent rape.” 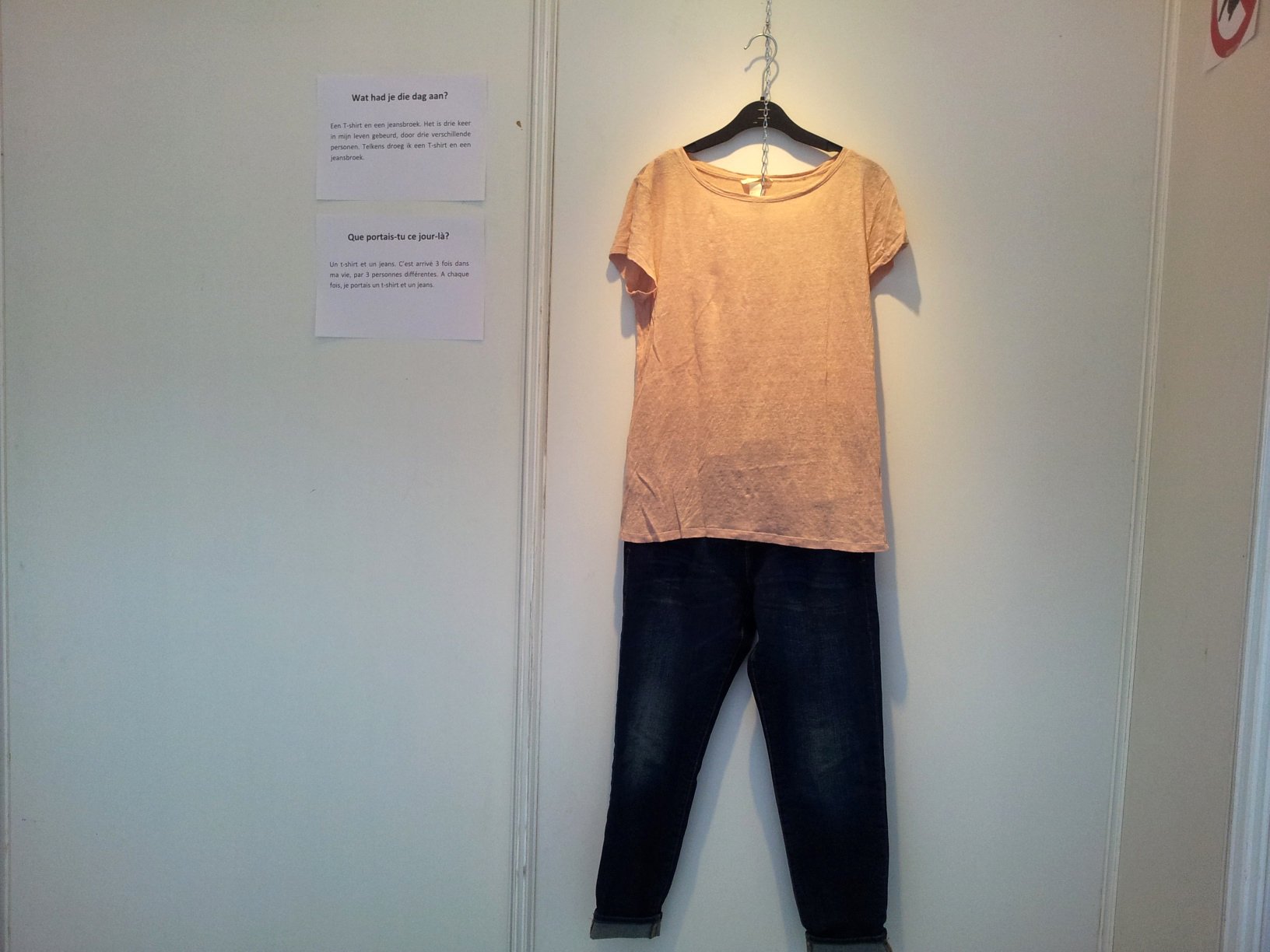