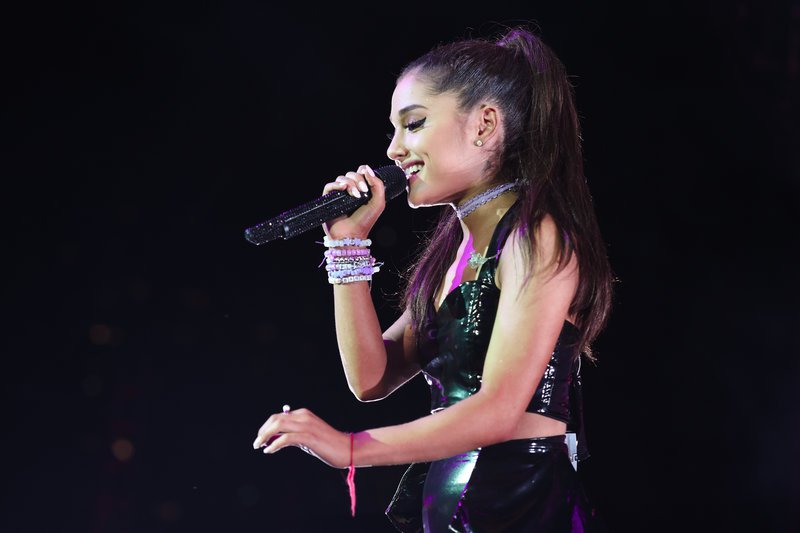 Hate will not win.

That's the message Ariana Grande will bring with her when she returns to Manchester, England, for a benefit concert for the victims of the arena bombing on June 4, along with guests including Coldplay, Katy Perry, Pharrell, Justin Bieber, Miley Cyrus, Niall Horan and Take That.

Grande announced in a heartrending letter published on TwitterFriday that she would go right back to where the brutal attack happened and show the world "We won't let hate win." On Monday, she announced details of the upcoming show.

Read More: 12 Photos That Show the Best of Humanity After the Manchester Terror Attack

Twenty-two concertgoers were killed on May 22, when a 22-year-old man set off an explosive device inside the arena just after the performance ended. Dozens more — many of them girls — were injured. ISIS claimed responsibility for the attack, and police identified Salman Abedi, the British-born son of Libyan parents, as the bomber.

broken.
from the bottom of my heart, i am so so sorry. i don't have words.

The city of Manchester rallied in the face of the attack, donating blood and supplies, holding vigils, raising money, and helping those who were injured. Grande said that the response to the tragedy has affected her deeply.

"I have been thinking of my fans, and of you all, non stop over the past week. The way you have handled all of this has been more inspiring and made me more proud than you’ll ever know. The compassion, kindness, love, strength, and oneness that you’ve shown one another this past week is the exact opposite of the heinous intentions it must take to pull of something as evil as what happened Monday," she wrote.

Read More: Why People Are Saying the Manchester Attack Was an Attack on Girls & Women

"We will not quit or operate in fear," she wrote. "We won’t let this divide us. We won’t let hate win."

Grande said that when she first conceived of the Dangerous Woman Tour, it was meant to be, more than anything else, a safe space for fans to come together and enjoy themselves.

"A place for them to escape, to celebrate, to heal, to feel safe and to be themselves. To meet their friends they’ve made online. To express themselves," she wrote. "This will not change that."

The singer vowed she would return to honor the victims and raise money for them and their families. She said they would remain forever a part of her.

"We will continue in honor of the ones we lose, their loved ones, my fans and all affected by this tragedy. They will be on my mind and in my heart everyday and I will think of them with everything I do for the rest of my life," she said, and signed the letter, simply, "Ari."