By Cassie Carothers  and  James Hitchings-Hales

Salman Abedi was born in the UK and his parents emigrated from Libya.

By Cassie Carothers  and  James Hitchings-Hales

A 22-year-old man was responsible for the terror attack outside an Ariana Grande concert Monday night in Manchester, officials said today.

Police say Salman Abedi, who lived a few miles from the arena, detonated a homemade bomb which killed himself and 22 other people and wounded dozens more as people left the pop singer's show. The suspect's parents emigrated from Libya to the UK, where Abedi was born.

Earlier today, ISIS claimed responsbility for the attack. Police also arrested a 23-year-old man from South Manchester, although they haven't made public his connection to the attack.

The bomb, exploded at 22:35 BST on Monday night, just after the singer had finished her performance to a packed crowd of 21,000 people. An emergency number, 0161 856 9400, has been set up as people try to make contact with loved ones.

Prime Minister Theresa May has chaired a meeting of the Cobra government emergency committee this morning at 09:00 BST. All general election campaigning has been suspended in the wake of the attack.

Grande tweeted a few hours after the attack:

broken.
from the bottom of my heart, i am so so sorry. i don't have words.

Concertgoers leaving the scene reported that they heard the explosions just after the performance had ended and they were told to run from the area, according to a report from The Guardian. People sporting fresh wounds were seen leaving the venue as well.

“Ariana Grande had just gone behind the curtain and the lights came up when there was this massive bang and a big cloud of smoke. I saw five people with blood all down them,” a witness at the concert told a Guardian reporter. 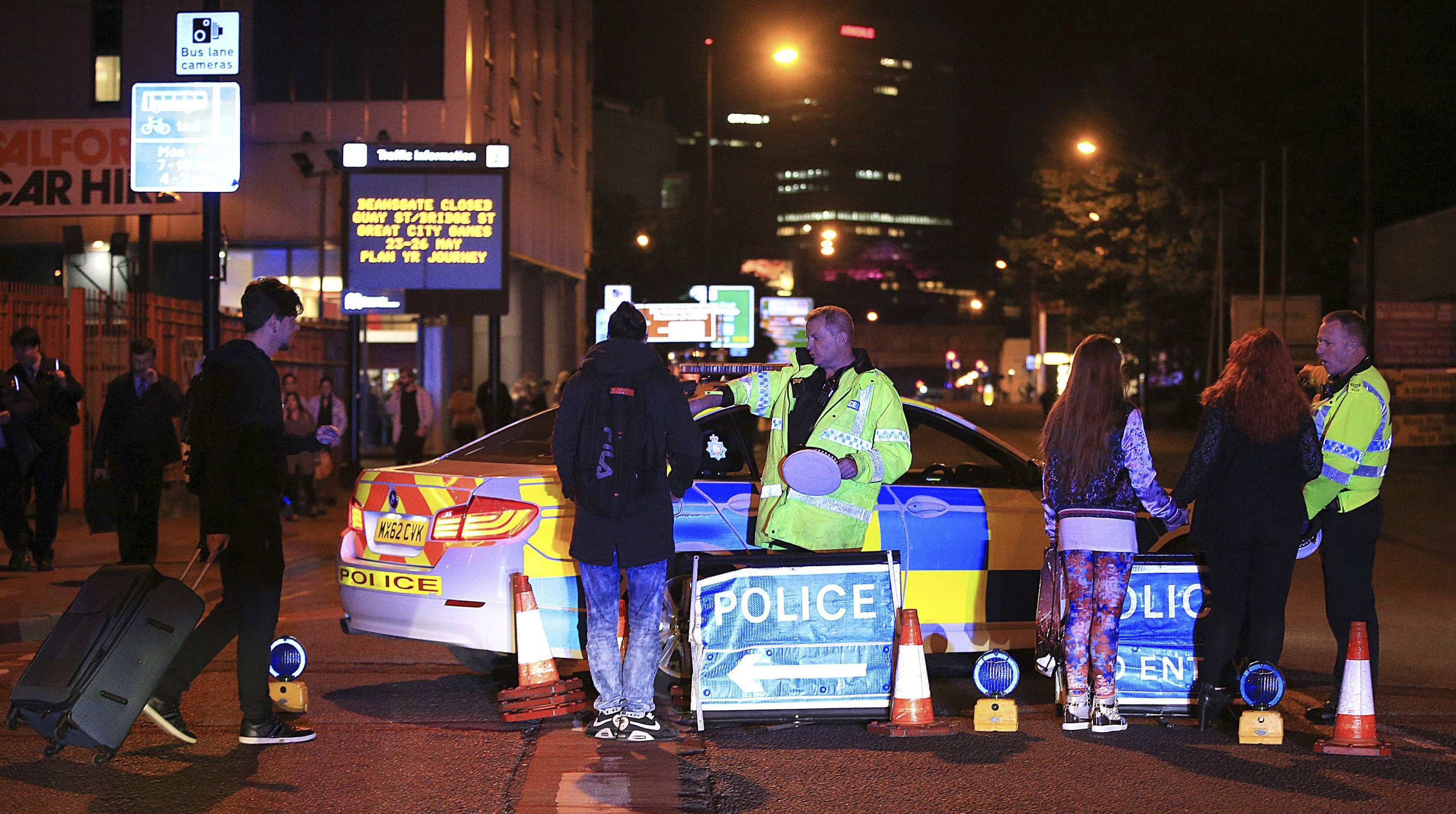 Emergency services work at Manchester Arena after reports of an explosion at the venue during an Ariana Grande gig in Manchester, England Monday, May 22, 2017.
Image: Peter Byrne/PA via AP

“Emergency services are currently responding to reports of an explosion at Manchester Arena. There are a number of confirmed fatalities and others injured. Please AVOID the area as first responders work tirelessly at the scene. Details of a casualty bureau will follow as soon as possible,” the Greater Manchester Police department said in a statement on Twitter.

A video taken outside the venue includes the sound of a loud bang at the time that the concert was ending.

Loud bang can be heard in video taken outside Manchester Arena amid reports of explosion. https://t.co/zEacQKswVvpic.twitter.com/3s2Ma0FqjO

This is a breaking news story — we'll update it as more information becomes available.