“Nothing new” — this was Jadon Sancho’s sobering reflection on the racial abuse aimed at himself and fellow England stars Marcus Rashford and Bukayo Saka after missing penalties in the Euro 2020 final against Italy.

The players saw it coming, but many pundits were left perplexed. There have been so many anti-racism initiatives in football in the last few decades. How could it be that we were still having the same conversation again and again? Why haven't any of these initiatives worked?

After the England game, the most recognisable groups issued rapid condemnations. Kick It Out, the campaigning group established in 1997 that decks out players in t-shirts bearing its slogan, called on those in government to use their powers to regulate social media platforms.

Meanwhile, Show Racism the Red Card, the UK’s largest anti-racism educational charity, called out UK Prime Minister Boris Johnson directly for refusing to condemn fans who had previously booed England’s players for taking the knee. The group was first founded in 1996, and hosts workshops around the country using football to teach young people about racial injustice.

But according to Dr. Paul Campbell — award-winning researcher, sociology lecturer at the University of Leicester, and expert on the history of race and ethnicity in football — part of the problem is because the remit of these organisations is limited to football, while the problem of racism in the game has much deeper, systemic, societal roots.

Among a number of books and papers, Campbell has previously co-authored a study on how Black and white players are often described with racialised terms in international football commentary. His research found that Black players were often praised for purely athletic qualities, for example Raheem Sterling's "pace", or Romelu Lukaku's "power," while descriptors for white footballers were more cerebral, like Harry Kane's "intelligent runs" or "clinical finishing."

“This is common and really problematic," Campbell told Global Citizen. “It constructs Black footballers as talentless.”

In April, clubs, players, and sporting bodies boycotted Twitter, Facebook, and Instagram for four days in protest at the inaction of the social media companies letting racial insults run riot on their platforms. But the feeling still persists that these tech firms are doing nowhere near enough — and according to Campbell, the answer is actually much more complicated. 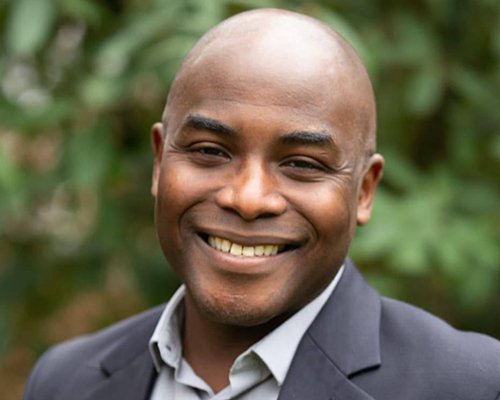 As a social scientist of race, Campbell could recognise that the racism aimed at Saka, Rashford, and Sancho was just the latest example in a long history of discrimination. As a person of colour, he said he found the aftermath of the England game “extremely upsetting.”

Here, Campbell talks to Global Citizen about taking the knee as a form of protest, the role our political leaders have played in exacerbating the issue, and where we need to go from here.

Do we think there has been progress in the last few decades? Or has racism in the game simply moved from the terraces to Twitter?

When we talk about progress, we have to think about racial inequality more broadly. One thing the football industry has been particularly good at is dealing with what we might call overt and external examples of racism. So when we think back to the 70s, 80s, and 90s, there was overt racism… whether it be throwing bananas onto the pitch at players, or singing songs such as There Ain't No Black in the Union Jack.

Social media seems to be another example of this external problem. What football has been less successful in and seems to have less of an appetite for, is dealing with those more internal issues within the fabric of the game, those systemic issues that play out in the inequalities that players feel in their everyday.

Is taking the knee an effective act of anti-racism?

I think it’s a really powerful, symbolic statement. It raises the profile of race in a way that other campaigns such as Kick it Out and Show Racism the Red Card haven't. It feels much more organic, much less orchestrated. This is a group of footballers who have just said “I’m supporting my teammates.”

What does institutional racism in the UK have to do with lower COVID-19 vaccine uptake in Black and ethnic minority communities? We asked Dr. @Halima_Begum, CEO of the @RunnymedeTrust, a race equality think tank.

Do you think it should continue into next season?

We saw recently the tragic case come to the conclusion of [Black former Aston Villa striker] Dalian Atkinson, who was brutally killed in the hands of the police. So long as players feel they’re experiencing inequity, and they feel that this is a way to illustrate that, then I would personally welcome it.

How far have anti-racist organisations like Kick It Out and Show Racism the Red Card contributed to change? What would you say are their more existential limitations?

One of the problems for Kick It Out and Show Racism the Red Card is that the expectations of what they can achieve is often unrealistic for a host of reasons. One, their remit is within football... they can only tackle those aspects solely within the game. Ultimately, they are, in many ways, toothless.

Kick It Out receives funding from the Premier League, so they are limited in what they can do. They’re lobbying organisations that can only present issues to the authorities. They have no jurisdiction over change. Unfortunately, the fact they’re in their third decade, there’s a restlessness… They’ve helped with change, but people want change on a much deeper, more fundamental, and visible level.

Many political leaders are saying social media platforms need to be more responsible in responding to racist abuse. Do you think that’s where the most change can be affected?

Racism is resilient, and manifests in lots of places. We have to be forensic. We have to deal with racism on social media, but we also have to identify those inequities that happen within the stadia, and happen in the game as well.

Ex-England player and pundit Gary Neville has been very vocal in saying that when it comes to racism in our society, that “It starts at the very top.” Do you think there’s any relationship between Boris Johnson’s past statements on race, and the emboldening of racist football fans?

In a word, yes. We’d be very naive to not see a relationship. We saw once we voted to leave [the European Union], we saw a rise in race hate crime. We’ve seen a year-on-year rise in intolerance. I’m not saying Brexit is the cause, but where we see significant political moments happen at the top, they filter down, they signal to various pockets of society that certain things are acceptable.

We see a whole culture of racially divisive discourse in and around the government. That gives people license to feel safe to say these kinds of things.

How effective can new laws be as an instrument to tackle racial inequality?

We have laws in place already. We have anti-discrimination laws. If you’re found guilty of racially abusing somebody online, that can come with a custodial sentence. But we see within the judicial system, we see leniency.

Recently, Ian Wright was racially abused… and the judge found that he didn’t want to impose a sentence because he felt that would have negative consequences on a young man who has his life in front of him.

We need a culture that recognises the seriousness of this abuse.

If you were in charge, where would you start to make ground?

I think first and foremost, we need to move away from having this debate about whether racial inequality exists. At the moment we haven’t even got past the first step in any kind of conversation because we’re still having a debate on whether Britain works differently for people from different race backgrounds.

Until we have accepted that reality as fact, and as embedded within the very fabric of institutions and all social life, then we’re not going to even get to the point where we can make meaningful change happen.

Once we’ve accepted that reality, then we can actually start to forensically address the different manifestations of racism because racism is often an unhelpful term. It’s so nebulous — are we talking about overt racism, institutional racism, covert racism, systemic racism.

This also can’t happen on the cheap. It needs investment — morally, socially, and financially.

What three tips would you give to people who want to work towards being a better anti-racist?

Challenge, reflect, and educate. It has to be personal: only the individual can identify when and where they can challenge, I’m certainly not saying that challenge takes the same form for every person in every conversation.

But ultimately, if you see racial inequity taking place — whether it’s your parents or [elsewhere] — then have a polite conversation… Challenge in whatever way you can.

What ways do we inadvertently contribute to these kinds of inequities? Take the position that actually there are some times when I will invariably unintentionally discriminate and I need to be open to the fact that I might do that and how can I avoid that and howlearn from that in future.

And the last one is educate. Learn from others. Especially if your biography is that you don’t experience their lives. In that sense, when you’re confronted with somebody’s reality, resist [the urge] to say that’s not true, that can’t be Britain. Say: educate me, how did you come to that conclusion, how can I help. You’re not born with the answers.

Why Aren’t Anti-Racism Efforts in Football Making Any Difference?