Why Global Citizens Should Care
Kolwane Mantu uses what he loves — music — to help his community, to create strong foundations for children, and teach them new skills. He’s an inspirational example of how all of us have the power to help foster change. Join us by taking action here to help end extreme poverty.

“Life without music would be a mistake.”

These words are printed on the backs of the T-shirts worn by students as they head in and out of a community hall in Diepkloof, Soweto, after school and on weekends.

They are each part of the African Youth Ensemble (AYE), a nonprofit organisation founded by Kolwane Mantu, affectionately known as “Bra K.”

Mantu has adopted the printed words as his mantra, having spent over three decades teaching string instruments to township children — as a way to keep them from the issues facing many communities, such as substance abuse, crime, and teenage pregnancy.

Mantu’s own relationship with the violin started at an early age, when he watched a film about a young boy who played the music instrument.

After describing the violin to his father, he discovered, to his surprise, that there was already a violin in his home and he started experimenting.

In the '70s, together with three friends, Mantu formed the Soweto String Quartet. As a group they were invited to perform at many places and events, and through this they were granted scholarships to study at an arts college in the UK.

While studying music overseas, Mantu also developed an interest in martial arts — his mission in studying martial arts being to return home and fight the apartheid system that dehumanised non-white racial groups.

But a conversation with his instructor led him to thinking of a much better and progressive way to fighting apartheid.

“I will never forget that guy,” Mantu told Global Citizen. “He said to me, 'You are multitalented; what if you get home and attempt to fight, then get killed?” 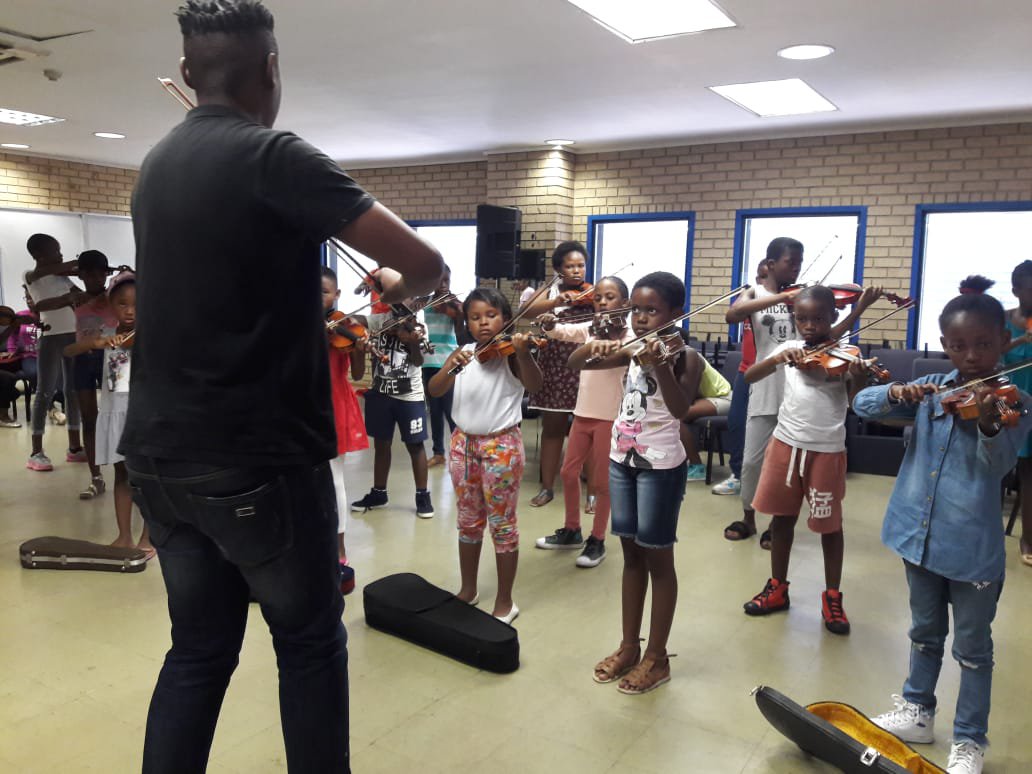 Instead, Mantu’s instructor advised him to return home and concentrate on what he loved most — teaching music.

“I thought to myself, if I can do it in England, I can do it at home,” he said. “I told myself that I will keep a low profile and share the music.”

When the African Youth Ensemble was established, a turbulent political situation left young people in danger from riots, killings, and gangs. But, through music, Mantu wanted to “save them from the dangers.”

Mantu started out with just four students, taught for free in his mother’s kitchen.

But gradually, the numbers grew, and the school settled in a destroyed and neglected community hall’s restroom.

Now, 31 years later, the community hall is still home to the AYE — but now with a soundproof space, two rooms for classes, and an office for Mantu.

Today, even though the riots are over, young people in Soweto and many other townships in South Africa are still in danger from a number of socioeconomic problems, such as drug abuse, crime, HIV/AIDS, and teenage pregnancy.

The AYE has over 200 students aged between 5 and 20, and is a space of learning that shelters young people from such problems. 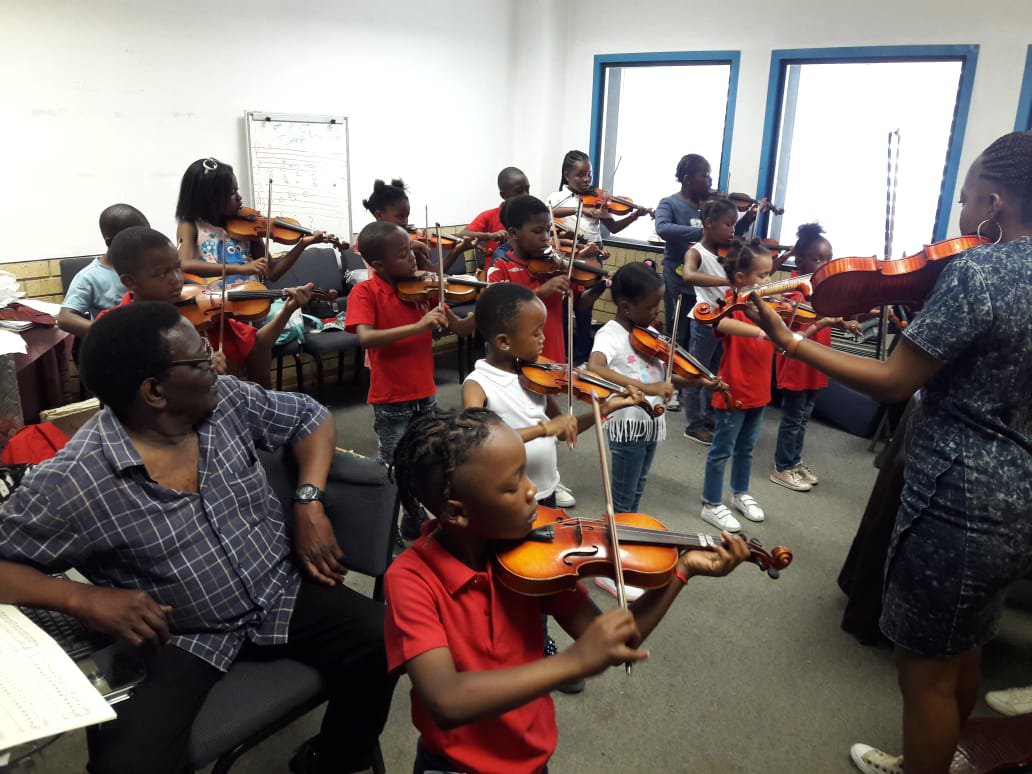 “My main concern is not about creating the best violinist of all time but to save them from themselves,” he continued. “Our kids harm themselves without knowing, and the condition of our community harms them just as much, so I want to help them become good citizens.”

For Mantu, running a programme like AYE depends on understanding the background of how each child’s life is influenced by the socioeconomic state of South Africa.

“We understand the conditions of the type of home our students come from, some of our kids come from really broken homes that do not give the them an opportunity to practice and study,” he explained.

“Over the years, we have developed a structure in which they are taught at their own pace,” he added. “But we’ll be able to set them up to complete any stage considering their circumstances, which are very different.”

Even though most of Mantu’s students don’t come from well-off families, and come from disadvantaged school that don’t teach the violin or music in the curriculum, many have gone on to pursue professional careers in music.

As someone who has been influenced by music for most of his life, Mantu is encouraged by seeing his students explore what he teaches in a different way, and making it current and appealing for a younger audience too.

“I cannot measure the kids progress by nobody’s standards, I know what we teach here is of value, I see them exploring different things, being creative, and having fun with their instruments,” added Mantu.

Many of Mantu’s former students have also returned to help him teach, as a way of passing on their knowledge, too.

And most importantly, the school still doesn’t charge its students, while parents do make occasional contributions towards the maintenance of the school building.

AYE also receives support from the Peace Boat, a Japanese organisation founded as a way to promote peace, dialogue, and understanding among people. And the organisation has also supported the AYE by collecting and donating music items such as violins, cellos, bows, and strings.

Through the Peace Boat initiative, some students from the AYE have had opportunities to travel overseas, to play for an international audience and share their experience.

When asked what keeps him going Mantu says: “I know that this project might just be a drop in an ocean, but I feel I need to do it to touch a child’s life and make them smile. When that is accomplished I am OK”.

Now 62 years old, Mantu says he will continue with the project as long as he is still able, and hopes that there are many more community activity projects that cater for different children with different interests.