A gold ring generates 20 tonnes of waste. And waste isn’t even the lasting problem. 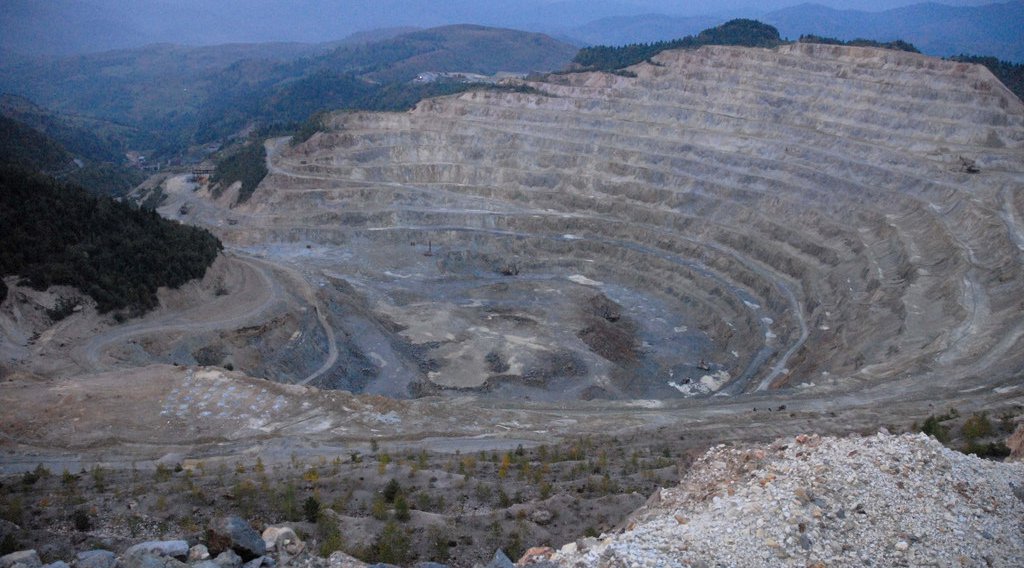 Is it worth poisoning people to collect some gold?

Rosia Montana holds 314 tons of gold and so offers the prospect of making millions and creating short-term employment opportunities for thousands of workers.

But what it also offers the possibility of environmental destruction.

A mining project like this would use a process called cyanide amalgamation to extract gold, and this process has left devastation in its wake before, according to an article by Stephen Tuffnell, associate professor of modern US history at the University of Oxford.

In the 1970s, a copper mine in Rosia Montana caused the evacuation of the village of Geamana when its land was needed as a storage space for the mine’s cyanide-contaminated waste. The village now lies abandoned below toxic water.

Read More: The New iPhone Will Set You Back $1,000, But Its Real Cost Is Even Greater

This isn’t an isolated case. Gold mining has caused a number of environmental crises over the years.

Cyanidation is the process of mixing finely crushed ores (also knowns as “sands” or “slimes”) in a cyanide solution. This is then mixed in large reservoirs and the gold is separated from its ore body.

This method increases the amount of gold collected but also creates vast amounts of toxic waste that then releases acid and metals into the surrounding area. Still, about 90% of gold is extracted this way, according to Tuffnell’s article on The Conversation.

This poisonous waste then sits in open ponds as its acid concentration drops to the legal limit. Spills occur when there is a dam failure or a break in pond lining. While these spills are short lived, they are extremely toxic, Tuffnell reported.

The environment can be — and has been — affected more long term by something called acid drainage. This happens due to the oxidation of iron ore found at the same time as precious minerals. When the iron reacts with the air, it releases sulphuric acid into the water.

And what consequences does acid in water have?

Read More: Gold Miners Are Being Investigated for Brutal Killing of Indigenous Tribe in Amazon

The UN has called acid drainage the second biggest problem of our world, bested only by global warming, according to Tuffnell’s article on The Conversation.

In the United States alone, it is estimated that 22,000 kilometers of streams and 180,000 acres of freshwater reservoirs are affected by acid drainage. Waters in Canada, China, Papua New Guinea and more have also been affected.

In Romania, Prime Minister Tudose will decide whether to once again expose his country to this kind of acid drainage, and further damage the environment in ways that may not be easy to recover from.