Doctor who saved thousands of babies dies, this is her legacy

How Dr. Frances Oldham Kelsey pushed the US in the right direction.

What do a Canadian pharmacologist and Kim Kardashian have in common?

Let’s start with Kim. She recently endorsed a prescription drug for morning sickness on social media, and the US Food and Drug Administration wasn’t happy about it. The posts did not discuss the drug’s dangerous side effects--a big no-no according to federal drug-promotion rules. The FDA jumped to action and asked the company behind the endorsement to remove the social media posts immediately.

This story sounds incredibly familiar. Basically, if you replace “prescription drug for morning sickness” with thalidomide, you’ve got yourself the 1960s version of the story that includes a Canadian pharmacologist, Dr. Frances Oldham Kelsey. 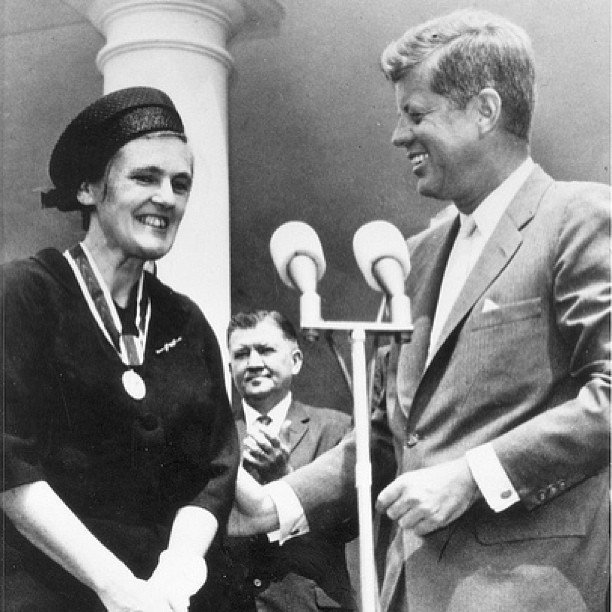 In 1961, Dr. Kelsey--a new medical officer with the US Food and Drug Administration--sat at her desk and reviewed an application from a pharmaceutical company. The company, Richardson-Merrell, wanted to begin marketing a morning sickness drug, known as thalidomide, in the US.

The drug had already been sold in several parts of the world, including Germany, the United Kingdom, Australia, and Canada. In fact, by the mid 1950s, 14 pharmaceutical companies were marketing the drug in 46 countries.

Thalidomide became one of the most successful prescription drugs in the history of medicine.

It was also linked to severe disabilities and death among babies.

Thanks to the widespread use of thalidomide, about 10,000 children were reported born with phocomelia, a disorder that causes undeveloped limbs and fused fingers, among other things. Only 50% of the children survived.

This was largely avoided in the United States, thanks to Dr. Kelsey. In the early 1960s, she did a wonderful thing: she denied the approval of Richardson-Merrell’s application. Actually, she denied it six times. Back when pharmaceutical regulations were much looser, she still demanded more information, and she saved a lot of lives because of it.

Sadly, on August 7th, Dr. Kelsey died at the ripe old age of 101. But in the midst of this sad news is a sliver of positivity. Dr. Kelsey’s life gave the world many reasons to celebrate. For starters, she spared many from widespread birth deformities and gave rise to modern laws that more closely regulate pharmaceuticals.

But, for me at least, one of the most important things that she left behind is a powerful message. In a world where a handful of corporations and individuals hold significant wealth and power, morality must be a priority.

Sidenote: My colleague wrote a great piece on this back in July. He highlighted how big pharma and corporate research companies are not investing funds in drugs and vaccines that could help eradicate poverty and save millions of lives.

In many ways, government regulation can be the moral balance in a world too often guided, at least in part, by corporate interests.

Through better government regulation, in both developing and developed nations, corporations can be guided towards profitable and socially beneficial drugs. And when the profit seeking puts people at risk--through things like not fully testing the side effects of drugs--regulation can be the voice of the innocent pushing back against companies rushing to make money.

With profit, comes power. Corporations and individuals should be using this power for good. Remember the actions of one committed regulator and support initiatives that keep the health of humanity ahead of the profits of the few.