There are nearly 16,000 nuclear warheads in the world.

So it looks like North Korea is once again trying to scare the world with nuclear threats.

On Tuesday, South Korea noticed what looked like an artificially induced earthquake, with a magnitude 4.9 tremor.

This immediately caused alarm. Did North Korea just set off a nuclear bomb?

North Korea said they did. But investigations by the US and South Korea say the explosion was too small to be nuclear.

Regardless, the claim by North Korea raises serious alarms and reminds the world that nuclear weapons are a major problem. Particularly as this event reverses the gains of the supposedly successful Six Party talks aimed at ending North Korea’s nuclear progress.

Even though Iran agreed to disarmament in 2015, which set off a chain reaction of non-proliferation, there are more than 15,800 nukes around the world.

The US has by far the biggest stockpile, but other countries with arsenals include Russia, China, Britain, France, India and Pakistan. Israel is also widely believed to have an arsenal and North Korea is thought to have some weapons, but may lack delivery capability.

North Korea is clearly the most volatile player on this list, but that doesn’t mean the rest of the world’s nuclear supply is harmless.

The animosity between India and Pakistan is often seen as the cause for the most concern. Small skirmishes have occurred between the two countries in recent years and politicians on both sides have used inflammatory rhetoric.

As Quartz wrote, “Their 1,800-mile border is the only place in the world where two hostile, nuclear-armed states face off every day.” 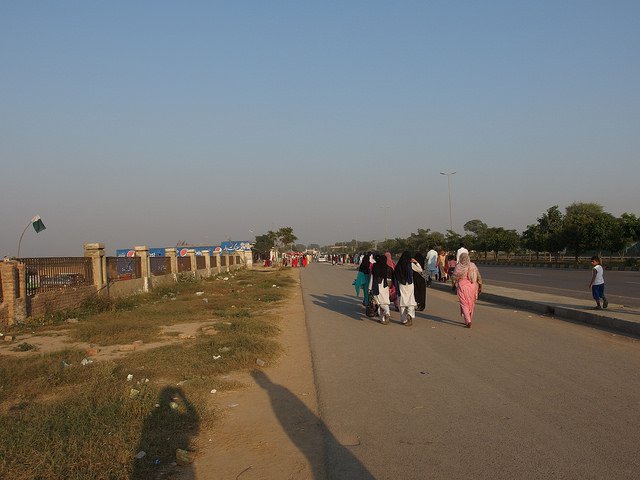 The countries have fought 3 wars since India was divided in 1947 to form Pakistan.

Pakistan is majority-Muslim and India is majority-Hindu. Religious tensions are often at the root of the conflicts.

Both countries have extremist groups that could theoretically seize a weapon. For instance, the presence of the Taliban in North Waziristan in Pakistan causes some onlookers to worry.

The Cold War was an era when the world seemed to always be on the verge of nuclear annihilation. There were constant threats between the US and Russia and too many episodes of near-detonations.

People living during this time were understandably panicky when it came to the nuclear topic and vestiges of that fear are all over the place: my apartment building, for instance, has a fallout shelter.

That truce isn’t necessarily being tested during the renewed hostility between Russia and the West, but you can never fully discredit the possibility.

Check out this fascinating New Yorker piece if you’re interested into the state of US nuclear weapons.

There are many “non-proliferation” politicians, activists and organizations that have made sure no new countries develop nuclear weapons and have persuaded the current club to disarm (or at least “downsize”).

In 1970, the UN enacted a non-proliferation treaty that banned the development of new nuclear weapons and the trade of weapons technology.

The UN also calls for nuclear weapons bans in the following ways: a humanitarian pledge; an acceptance of the humanitarian consequences; an understanding of the ethical imperatives; and a nuclear disarmament commitment.

The vast majority of countries agree to these pledges.

The most recent victory was the Iran negotiations that for the longest time seemed hopeless. At every juncture, Israel tried to derail the talks and Iran kept pushing back on requested concessions.

Conflicts are raging in the Middle East. East Asia is seeing tensions rising over the South China Seas. The relationship between the traditional “West” and Russia seems to be going in a bad direction. Climate change is escalating the tension of many geographic relationships. Struggling economies have sent ripples of unease throughout their populations.

For these reasons, countries may be inclined to hold onto their nuclear weapons and even expand their arsenals. For example North Korea has held onto their program at least in part because it makes the government look strong to its people.

Nation’s expanding their arsenals or developing new ones would be a terrible idea.

Not only are nuclear weapons an enormous waste of money, but they threaten human civilization. There mere existence is a threat, as they are so powerfully destructive.

In the years ahead, countries with stockpiles have to begin to dispose of nuclear weapons. This is a costly and time-consuming endeavor, but it has to be done. Reducing and eventually ridding the world of nuclear weapons would make life safer for everyone. Countries working toward this goal will be making a bold promise in favor of humanity. Other countries, too, will be less likely to develop nuclear weapons.

Ultimately, the age of nuclear weapons will come to end only when countries agree to strive for a world of peace. Peace is at the heart of the Global Goals and central to ending extreme poverty.