More Refugees Drowned in Mediterranean Sea This Year Than Ever Before 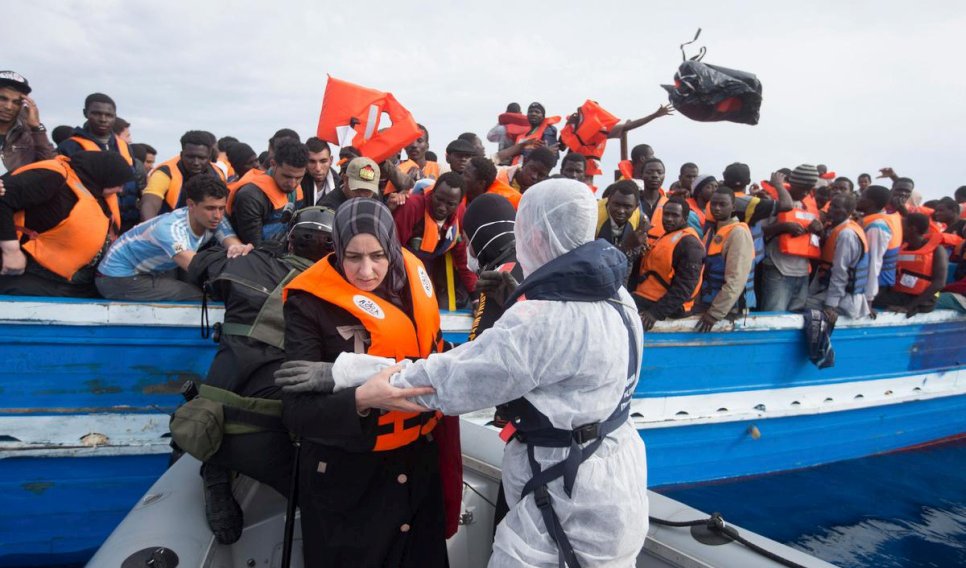 Massimo Sestini for the Italian Navy

As the refugee crisis continues to roil Europe, more people than ever before are drowning in the Mediterranean Sea, the crucial pathway between Northern Africa and Southern Europe.

So far this year, 3,740 people have drowned while crossing this marine corridor, 31 shy of last year's death toll. Two months remain in 2016 and experts are certain that last year's total will be surpassed.

International awareness of this relentless tragedy seems to have peaked at the end of 2015 after the images of 3-year Alan Kurdi washed up dead on the shore of a Turkish beach were plastered across social media.

Since then, the crisis has only escalated. While more people crossed the Mediterranean in 2015, the rate of death is higher this year.

“This is the worst we have ever seen,” UNHCR spokesperson William Spindler told a press briefing in Geneva. “From one death for every 269 arrivals last year, in 2016 the likelihood of dying has spiralled to one in 88.”

The rising death toll has been attributed to the increased use of smugglers who tend to pile people onto shoddy boats for the long voyage. More people are turning to smugglers because the route is more heavily patrolled by countries looking to deter the exodus into Europe.

Government coast guards and volunteer organizations heroically save many lives, but the sheer volume of risky journeys is overwhelming.

The status of refugees in general seems to have stalled as well. Many remain landlocked in dismal camps scattered across the Middle East. Many others remain frozen in bureaucratic waiting games.

As refugees hold out for some kind of reprieve and stability, a lost generation is emerging of children who are unable to attend school and families that are prey to illness and poverty.

Going ahead, countries have to realize that failing to offer help is more costly in the long-run than providing for families today.