We're looking at you, Proxima b and Mars. 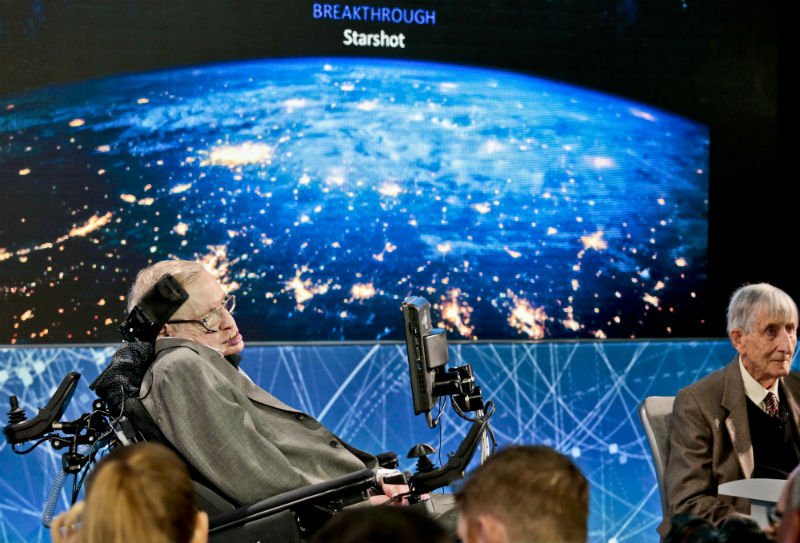 “I don’t think we will survive another 1,000 years without escaping beyond our fragile planet,” Hawking said.

Hawking, who sent a powerful video message on the need to achieve the Global Goals last Sept. from what appeared to be space, is also encouraging space exploration for more than scientific research and knowledge.

The renowned theoretical physicist predicts that nuclear war and climate change could push humans to the brink of extinction sooner than previously thought.

Read More: 11 Things We Want to See on ’Goldilocks Planet’ Proxima b

Regions already experiencing drought and other effects of climate change will experience even worse conditions, especially when it comes to water and food security.

“The dislocation of water resources and food will create a lot of distress for probably up to two billion people," said Piers Sellers, astronaut and climate scientist for NASA, in an interview with National Geographic. "And that puts stress on the whole world."

These regions directly coincide with research from organizations like World Food Programme, Food and Agriculture Organization of the United Nations, and The Hunger Project who report that climate change is a direct threat to food security.

Air pollution is also reaching alarming and disastrous levels across the world.

Hawking is right that the planet is fragile. But it’s not all bad news. The world is making progress and seems more dedicated to combat climate change.

This week, world leaders continue making environmental commitments at COP22 in Marrakesh, Morocco. In April, more than 130 countries signed on to commit to keep global warming below 1.5° Celsius. And innovative companies and individuals create new solutions every day.

While Hawking may think we are doomed as a species to seek shelter in space, now is the time to fight like hell to protect our current fragile planet.