The truth: UK aid has an enormous impact — it saves a life every 2 minutes.

Why Global Citizens Should Care
UK aid, along with humanitarian aid provided by countries around the world, is a vital tool in the fight to achieve the Global Goals and end extreme poverty by 2030. Aid isn't charity, it's ensuring equality and justice for everyone, no matter where or in what circumstances they were born. You can join us by taking action to support UK aid here.

Some of the UK's leading media outlets have been increasingly attacking the UK's budget for international assistance — the UK aid budget — calling for it to be slashed.

Most of the conversation about the UK budget in these outlets revolves around fraud, corruption, money laundering, and money ending up in the hands of terrorists. In reality, only 0.03% of the aid budget is wasted in this way — an incredibly tiny percentage, especially when compared to other government departments.

Of course, any level of waste is too much. Yet if you read some newspapers, like the Daily Mail, an outspoken critic of the aid budget, you'd be forgiven for thinking it was much higher.

Take action: Tell Your MP Why You're Proud of UK Aid — and Call on Them to Make It as Effective as Possible

With headlines that brand foreign aid as an "outrage" or a "scandal," media coverage is too often negative or misinformed — with terrible consequences for the world's most vulnerable people. But why is the true impact of UK aid so often forgotten, or unreported?

By law, the UK must spend 0.7% of its Gross National Income on international aid, less than a penny in every pound. For this tiny percentage of GNI, UK aid has an enormous impact — it saves a life every 2 minutes, and it has a positive impact on millions of lives around the world. This is an immense achievement that everyone should be aware of — yet somehow it is rarely talked about in mainstream media.

So, let's take a moment to shout about the incredible, inspiring stories of what UK aid is really achieving around the globe. 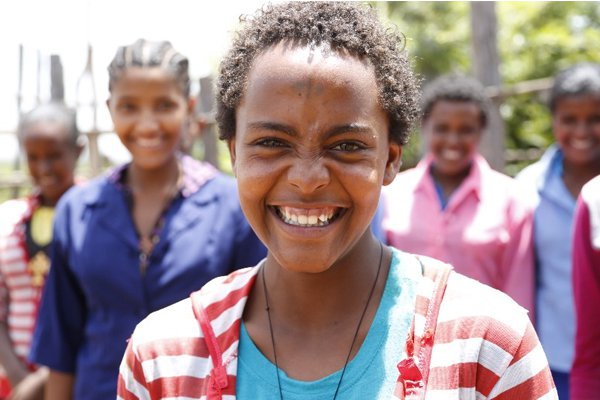 Meet Bayush. She lives in the Amhara region of Ethiopia, where the average age of marriage is 14. But for Bayush, it was even younger - she was married at the age of 3.

With the help of a brother, she was able to escape the marriage and enrol in school. UK aid is playing a vital role in helping Bayush determine her own future. Through a programme named ‘Finote Hiwot’ (which means ‘pathway to life’), Bayush is provided with educational equipment, and has been empowered to help other girls vulnerable to child marriage. And it works - she convinced her uncle not to marry off her cousin!

“I told my uncle what I’ve learnt through Finote Hiwot. I explained how he’d become a better person if he sent his daughter to school. I also told him that his daughter is brilliant and he decided not to marry her off. I feel so proud of what I’ve done.Today I dream about completing my education and becoming a doctor to help people. I feel I have a responsibility to do that.” - Bayush 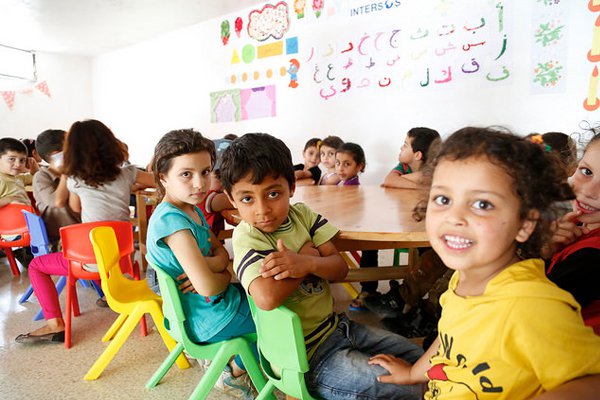 More than 11 million people have been displaced by the ongoing civil war in Syria. The UK’s international aid budget is playing a vital role in helping these people in need. As of 2016, almost 20 million food rations had been distributed, in addition to water, medical care, relief items and sanitation. 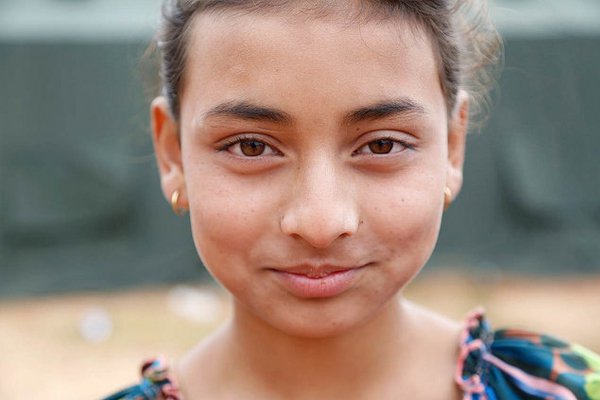 1 in 3 women worldwide are beaten or experience violence in their lifetime - and the UK aid budget is working hard to change this. Incredible, right?

4) This school in Kenya built new toilets and a water tank thanks to UK aid.

Access to clean water keeps people healthy, and is a fundamental right for all humans. UK clean water programs provide essential nourishment, effective sanitation and safe hygiene to people all across the world! 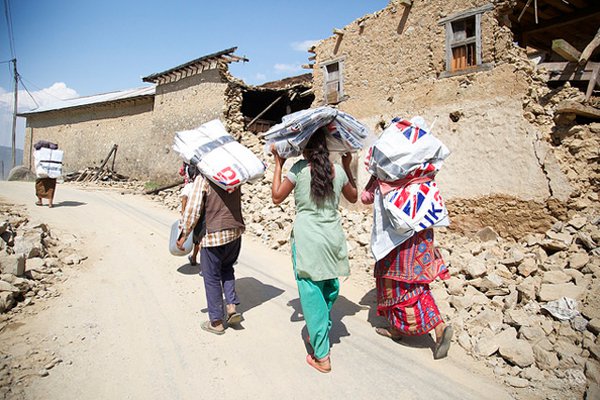 In 2015, a 7.8 magnitude earthquake hit Nepal with devastating consequences. Millions of people were left without shelter as monsoon season approached. UK aid supplies were among the first to reach communities, with shelter kits flown in from across the world, to provide more than 280,000 people with life-saving shelter! 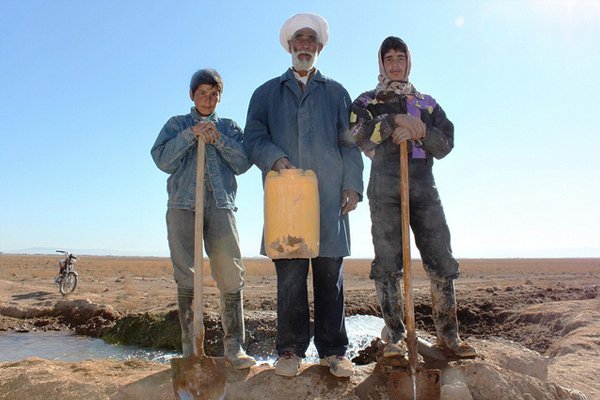 “Before this area was de-mined no one came here because it was unsafe. Now we can”. - Mullah Neoka

Mullah is a wheat farmer in Afghanistan, whose land was cleared by a five-year project determined to safely remove landmines so communities can reclaim their land. Since Mullah’s land was cleared, he has 60% more for farming, and his son no longer has to travel dangerous distances to Iran to make a living - he can help his father grow good crops at home! 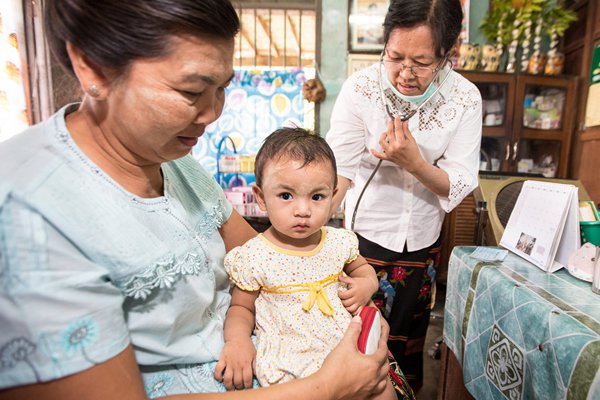 Around a third of the world’s population is infected with tuberculosis bacteria. While only a small proportion of those infected will become sick with TB, people with weakened immune systems and those without access to adequate medical care are at much greater risk of succumbing to the fatal illness. As one of the largest donors to The Global Fund to Fight AIDS, TB and Malaria, the UK is helping to save lives every single day. 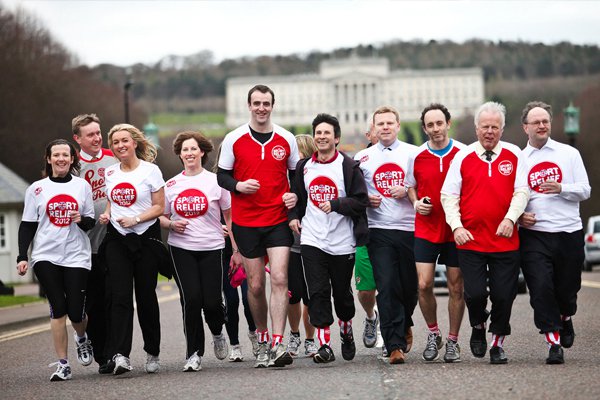 Sports Relief demonstrates the incredible power of the UK public when they channel their generosity into donations. Of all the public money raised, the UK government will match up to £10 million GBP. These funds will help to transform lives across the world's poorest communities, supporting young people to make a successful transition into adulthood.

9) UK aid has empowered this bad-ass grandma to become a water pump mechanic (and challenge gender stereotypes in rural Uganda).

Love this story about Margaret - a borehole mechanic in Uganda @MetroUK@CAFOD@DFID_UKhttps://t.co/9jGp8QKDCqpic.twitter.com/TJnfbNzNDu

UK aid supports Margaret in the delivery of her vital work as a borehole mechanic. More than 8,000 people across 10 rural Ugandan villages rely on her to keep the water flowing. Hers is a big job, made harder by a lack of resources and a rigorous daily commute, but she takes it in stride. Margaret has paved the way for women to be included in roles typically claimed by men.

10) Over 10 million children are supported to get a good quality education by the UK aid budget. 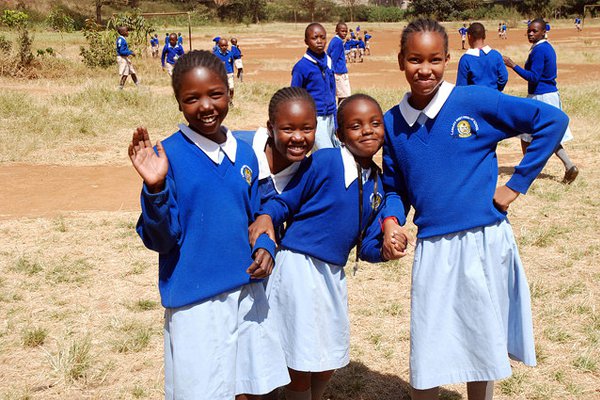 That’s right - UK aid is helping to ensure brighter futures for vulnerable children who may otherwise remain trapped in extreme poverty. UK aid is especially powerful for girls who with a good education are more likely to escape poverty, take part in decision making and avoid fatal illnesses such as malaria and HIV.

11) International aid provides support for these incredible warriors fighting FGM in their community. 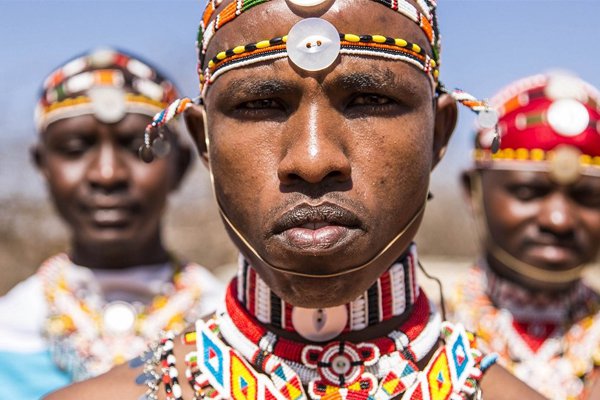 “I’ve seen so many complications as a result of FGM,” says Josephat. “When my own sister, Bella, was cut she experienced a lot of bleeding and had to go to hospital for a week. I saw how FGM could ruin someone’s life and I thought it was important for me to take the initiative and work to abandon the practice.” - Josephat, anti-FGM campaigner and warrior.

Josephat and his friends are from one of 13,000+ communities who have pledged to ban FGM altogether, with support from projects funded by UK aid. Read more of their story here.

12) And finally, UK aid helped Sarah, a Syrian refugee, get back to school. 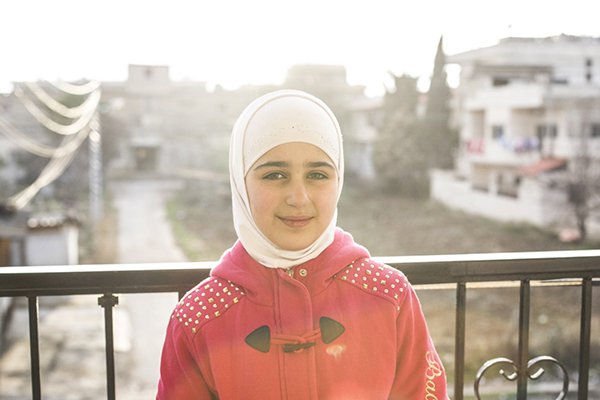 Sarah was forced to flee fighting in 2012, leaving her home and school in Syria behind. At 12 years old, Sarah is a refugee in Lebanon. While she misses her homeland, war has not stolen her chance of a future. The heroes at the Bar Elias school in Lebanon’s Bekaa Valley  provide an education to displaced children such as Mustafa and Sarah, with support from UK aid and UNICEF. Sarah is just one of 200,000 Syrian refugees helped back into school by UK aid.

These 12 examples are just a glimpse of the tangible impact UK aid has on the world. Supporting people in need today helps build a more prosperous world for everyone, including those living in the UK.

Complaints and accusations about UK aid may fill the front page of some newspapers but UK aid fills the lives of people around the world. It is everyone’s responsibility to share these stories and make sure the truth about the value of UK aid is truly known.