Meet Watsi, the Crowdfunding Platform That Is Revolutionizing Healthcare 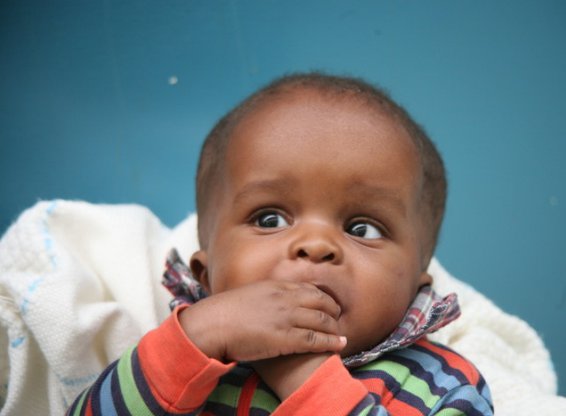 Ronald, pictured above, is just three months old and has an abnormally large head — the result of hydrocephalus. This can lead to brain damage and delayed growth if he’s not treated. But Ronald lives in Kenya and his parents can’t afford the $615 treatment.

While a few years ago, Ronald’s situation would have been hopeless, things are different now. His parents are hoping strangers will come to their aid, via a medical crowdfunding platform called Watsi.

So far they’ve raised just $44 on their campaign page. But even that wouldn’t have been possible if it weren’t for Watsi founder Chase Adam.

In the past few years, crowdfunding has done a lot: successful campaigns have raised money for new technology and cool gear, and even paid for a homeless person’s ticket home.

Portrait of a @watsi patient's family at @theplasterhouse in Arusha, Tanzania. pic.twitter.com/0Kg8XA0MOW

Adams was inspired to create the platform when he was serving in the  Peace Corps in Costa Rica. One day woman boarded the bus he was riding and explained that her son needed medical care that she couldn’t afford. He was surprised to see that most of the riders, strangers to this woman, donated money toward her son’s medical care.

If everyone gives a little, then someone can overcome a lot, he realized.

Watsi was named for the town he was riding in when he came to that realization.

Using inspiration from Kiva, the microloan platform, Watsi set out to use web-based crowdfunding to help people in developing countries get the medical treatment they need.

A happy patient update from Pyae Sone in Burma https://t.co/HHdvywODbspic.twitter.com/L3vYf3V5NK

Watsi became the first non-profit to be backed by the tech startup incubator Y Combinator, but Adam didn’t want Watsi to be a typical non-profit. Adams wanted to eschew the bureaucratic trappings with which many struggle. Instead, he has kept the team small and has been committed to Watsi’s radical transparency from its inception.

Watsi’s web-based platform features profiles of people who need medical attention, but cannot afford treatment on their own. Donors are able to see a photo of the patient and read their story. The profiles explain which medical procedure each patient needs, how much treatment costs, and show how much of the treatment has already been funded and how much remains.

But it doesn’t end once you’ve made a donation. Watsi updates donors on the outcomes of the patients’ treatments. On top of that, Watsi guarantees that 100% of donations are used to provide medical treatment. To prove it, Watsi makes all their information available in their Transparency Document. In addition to the financials that US nonprofits are required to share, the Transparency Document even has receipts of fund transfers so that donors can track exactly where their money went and when.

Publishing the Transparency Document inadvertently enabled Watsi to take their crowdsourcing even further.

“What we’ve found is that by being transparent, we’re actually crowdsourcing a lot of our work. [The public is] reviewing all our financials, which is fantastic,” Adam said.

The patients supported by Watsi are selected in cooperation with its on-the-ground medical partners who identify patients who need treatments that have high likelihoods of success, low chances of needing long-term care, and who are willing to share their stories on Watsi’s platform.

To date, Watsi has funded medical treatment for 8,680 patients in countries like Cambodia, the Philippines, Kenya, and Guatemala.

Watsi has found a way to make giving both global and direct. Its success has shown the power of global citizens taking one action at a time to generate life-changing impact.