Tuberculosis still kills millions, here's what you need to know. 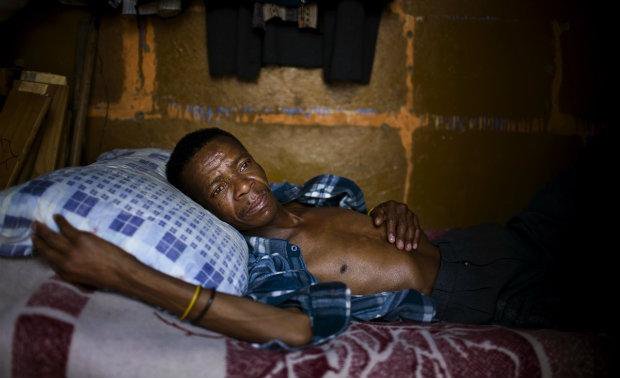 World Tuberculosis Day, celebrated annually on March 24, marks a day of raising awareness around the global epidemic of, you guessed it, tuberculosis. This day commemorates the anniversary of the Dr. Robert Koch’s discovery of the cause of tuberculosis in 1882.

On this day, it is important to remember Koch’s remarks on the eve of his discovery:

“If the importance of a disease for mankind is measured by the number of fatalities it causes, then tuberculosis must be considered much more important than those most feared infectious diseases, plague, cholera and the like.”

Tuberculosis, which is spread through the air, is caused by a contagious bacteria that often affects the lungs. Although the bacteria can remain latent in someone for a lifetime, once it becomes active it can be fatal if not properly treated.

Tuberculosis cases have undoubtedly declined since before Koch’s groundbreaking discovery, as the disease is now both preventable and curable. In fact, the number of tuberculosis deaths globally has fallen 22% since 2000 alone.

Despite these advances, tuberculosis is still one of the top ten causes of death worldwide, according to the World Health Organization, and still deserves the attention Koch called for over a century ago. Tuberculosis disproportionately affects individuals living in developing countries, with six countries (Indonesia, China, Nigeria, Pakistan and South Africa) accounting for 60% of new TB cases in 2015.

More recently, the rising threat of a global epidemic caused by multidrug-resistant TB (MDR-TB) remains pressing. In 2015, there was an estimated 480,000 new cases of MDR-TB around the world, with only 20 percent of these individuals receiving treatment. MDR-TB poses a unique threat, as it requires additional research and development of alternative cures because it resists all the most common treatments.

Read more: Why the Bird Flu Is Really a Harbinger for the Next Global Pandemic

When the United Nations rolled out the Sustainable Development Goals in 2015, ending the tuberculosis epidemic by 2030 was included under Global Goal 3, Health. However, it remains to be seen what tangible actions the United Nations, and other organizations, will take towards making this a reality.

Steps are being taken to keep TB on the agenda. Later this year, the WHO, in partnership with the United Nations, is hosting a Global Ministerial Conference for organizing a multisectorial approach towards ending TB. This conference, then, will inform the UN high-level meeting on TB, to convene in 2018.

Read more: Why There’s Hope for the Global TB Epidemic

For now, organizations, such as the Global Fund, the Stop TB Partnership, and the Coalition for Epidemic Preparedness Innovations look to build infrastructure that can better tackle epidemics at the earliest possible opportunity. If recent Zika and Ebola outbreaks are any indication, these organizations aim to fill a much needed gap in the current global health system.

Join Global Citizens by taking action now. Sign this petition calling on G20 leaders to put the necessary infrastructure and systems in place and invest in the prevention of pandemics.