The Global Citizen Festival changes the world, this is how I know

Global citizens are empowered to hold leaders accountable to the commitments made on stage.

I don’t like stereotypes. They’re overly simplistic, and they’re self-fulfilling. But every once in a while I come across one that just gets it right, like the myth that New Yorkers are all cynical. Having lived in NYC for the past year and a half, I can confirm this one is most definitely true.

Following the Global Citizen Festival last year, I met up with a few of my friends who I had invited to the event. Having worked the show with the rest of our staff I was excited to hear what they thought, especially because they were largely unfamiliar with Global Citizen and many of the issues we talk about on the site. They loved the line up and were happily surprised that they were able to learn more about these issues throughout the event. But there was one thing they were skeptical about: How do we know if the Global Citizen Festival really makes a difference?

Totally fair question. This year, global citizens will once again have the opportunity to earn tickets to the festival at no cost to them, simply by completing a series of actions in an “action journey”. What’s important to understand is that these aren’t random actions being taken in exchange for a festival ticket; Global Citizen has a team of policy experts who are constantly meeting with politicians, attending key conferences, feeding back information from the front line of the fight to end extreme poverty, and amplifying the actions of global citizens just like you.

Global Citizen’s policy team strategically determines which actions will be the most impactful at specific moments leading up to the Festival. The team then leverages the actions to convince world leaders to make major commitments on the road to ending poverty, some of which will be revealed to the public at the Global Citizen Festival. 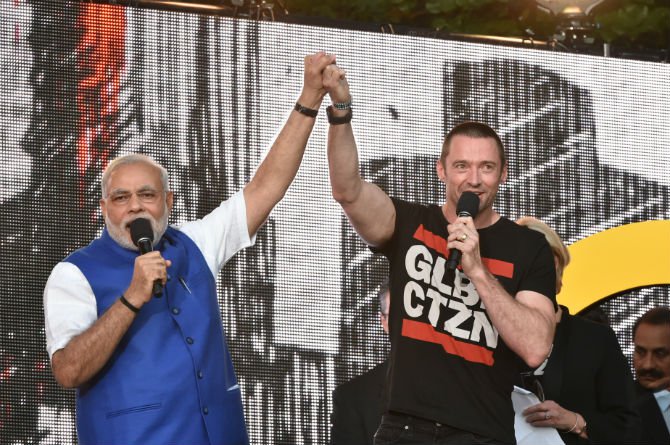 Take last year’s Global Citizen Festival as an example. The Secretary-General of the United Nations, President of the World Bank, and various Heads of Government, including Prime Minister Narendra Modi of India and Prime Minister Erna Solberg of Norway, were just some of the incredible guests of honor. But these influential leaders didn’t come just because. The will, actions and advocacy of energized global citizens brought them to the table and pressured them to make landmark commitments that directly impacted the world’s poor. Modi’s game changing announcement to put an end to open defecation in India by 2019, Prime Minister Solberg’s $1 billion dollar commitment to expand access to vaccines and end preventable deaths… these moments happen because global citizens continue to take action and will them into existence. Your activism leads to monumental moments on the Global Citizen stage.

The Global Citizen Festival then serves as an opportunity to bring thousands of people together and witness the commitments being made on stage- all between incredible performances from world-famous musicians. In this way, world leaders are provided with a captive and engaged audience to speak about some of the world’s most pressing issues, and global citizens are empowered to hold leaders accountable to the commitments made on stage. 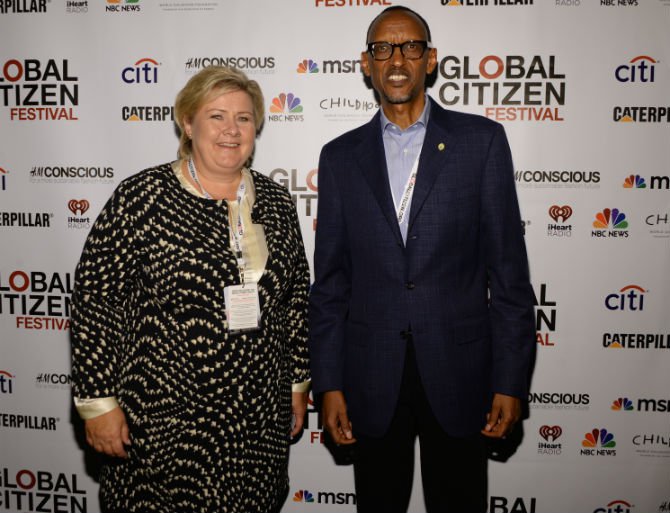 At the 2014 Global Citizen Festival, 18 commitments were made throughout the course of the event in front of a total of 4 million viewers (60,000 of which were present in Central Park). With so many eyes on them, world leaders understand the commitments they make must come to fruition. Sure enough, following the festival Global Citizen’s Impact team continues to hold partners and world leaders accountable until each commitment is fulfilled. 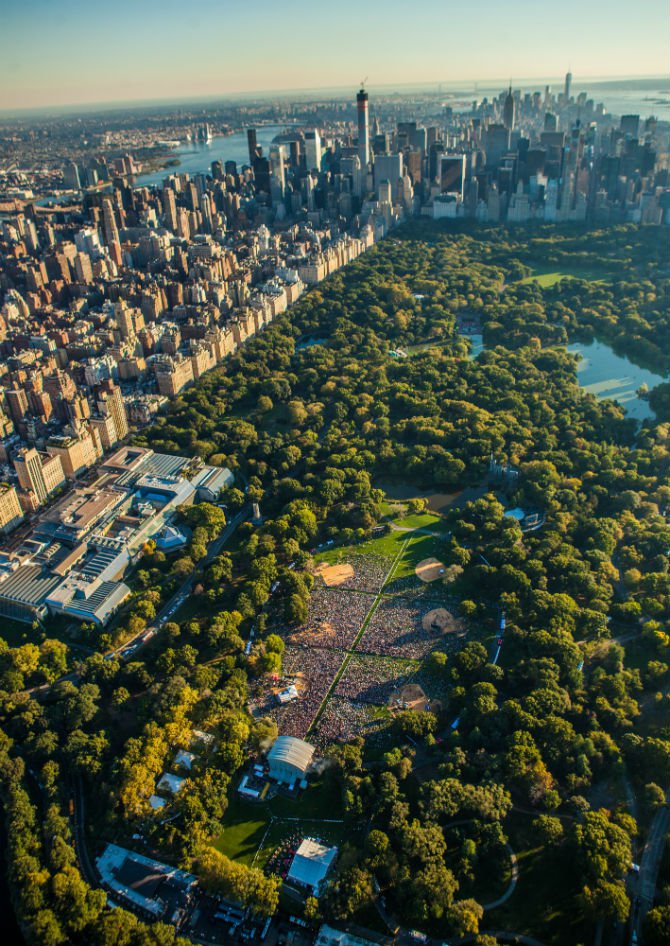 An aerial shot of the viewers present in Central Park.
Image: Global Citizen

Looking forward, the 2015 Global Citizen Festival will be the biggest Festival to date. The event is particularly important this year as it serves as a key step in the launch of the Global Goals that will guide international development for the next 15 years. The event will place emphasis on the disproportionate impact of extreme poverty on girls and women while addressing issues including global health, food security, education, sanitation, and pollution.

I used to confuse cynicism with pessimism, but after living in New York, I can now appreciate the difference. Being a cynic isn’t just about dismissing whatever idea comes your way; it’s about asking tough questions and not accepting bullshit answers. I believe global citizens have every reason to be optimistic that we’ll see an end to extreme poverty in our generation. But I also believe global citizens must employ a little cynicism. When we watch a story on the news, or see a commitment made on stage, we have to ask the tough questions, and continue to ask until we’re satisfied with the answers. By taking action and holding world leaders accountable, global citizens can truly make a dent on extreme poverty.

Get involved and take action at the 2015 Global Citizen Festival page.