Speak up! The importance of speech therapy in Cambodia

An interview with a man changing many lives

When I was learning French in high school, my dad would play French tapes in the car on the way to school to constantly expose me to the language. At one stage, someone in the conversation said, “Ah, je vois!” Dad turned to me and asked, “What does that mean?”

I replied, “Oh, I see.”  Confused by my response, Dad again asked me, “Yes, but what does that mean?”

For us, “Ah, je vois!” has become a personal joke between my dad and me -  we still use it to this day, giggling each time.

It’s this moment of enlightenment Weh Yeoh, founder of OIC: The Cambodia Project, speaks about when people ask him, “What does OIC stand for?”

The penny-drop moment here, however, is a little more meaningful than a French phrase.

OIC: The Cambodia Project, or OIC, has set itself the goal of establishing speech therapy as a universally accessible, locally led profession in Cambodia.

For me, after growing up in Australia, someone who went to a speech therapist either had a bit of a stutter or had parents who wanted them to be the next Prime Minister. When I first heard about OIC, I was, honestly, skeptical as to why people were advocating for speech therapy when there were such terrible things happening to many people in Cambodia.

After a quick google search, the “OIC” moment hit me.

I was lucky enough to have the chance to ask Weh a few questions about the project, its successes and some personal stories.

When asked about a story which is especially significant to him, Weh told a fantastic story about his childhood.

“For me, the whole journey to get here starts from day one in school.

On my first day in school, I met a boy named Roger. Our teacher, Mrs Pickering, sat me down next to him and instantly, we became friends. Roger was a quiet boy, with a cheeky smile. I had a natural affinity for Roger from the moment I met him, especially since it seemed we had much in common.

In our first week, Mrs Pickering told us to do some colouring in. As she got the rest of the class started, she approached me, telling me that Roger needed my help.

“Roger can’t see colours,” she told me. “We need you to help him pick the right coloured pencils. Can you do that?”

I nodded obediently. And so, for the rest of the year, that’s what we did. To colour the sky, I picked out the blue pencils for him. For the grass, the green.

That year, Roger and Mrs Pickering taught me valuable lessons. Not everyone is like me. Some people do things differently. And yet, all it took was a little bit of help, and Roger could be part of the group.” 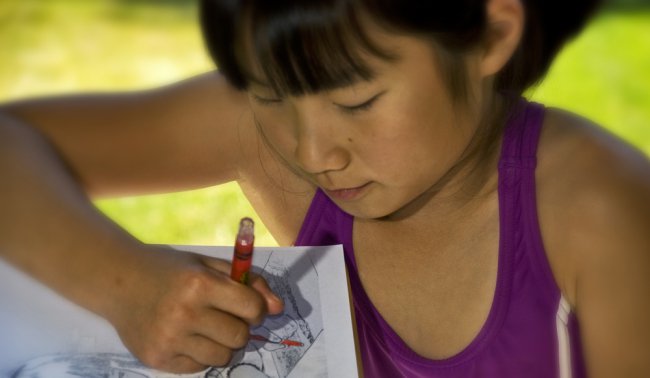 It’s more than Roger who may be different to Weh, to me or to you.

In Cambodia, 1 in 25 people live with a communication or swallowing disability. That’s over 600,000 people nationwide.

Take a guess at how many Cambodian speech therapists there are in Cambodia who have been university-trained.

There is not one Cambodian university-trained speech therapist in the entire country to support any one of these 600,000 people who need speech therapy for swallowing and speech development.

It gets even more shocking when you compare this to the 130,000 speech therapists in the US. Weh points out, “If Cambodia was to have the same ratio of speech therapists to population that the US enjoys, there would be over 6,000.”

This is the gap that Weh and the team at OIC are working to address.

To do this, the project aims to establish speech therapy courses at local universities, through training programs, through advocating to develop government policy around speech therapy and, most importantly, through raising awareness of the need for speech therapy in Cambodia.

When asked about why speech therapy was important, Weh gave me two examples of children who have suffered from conditions that needed treatment through speech therapy. 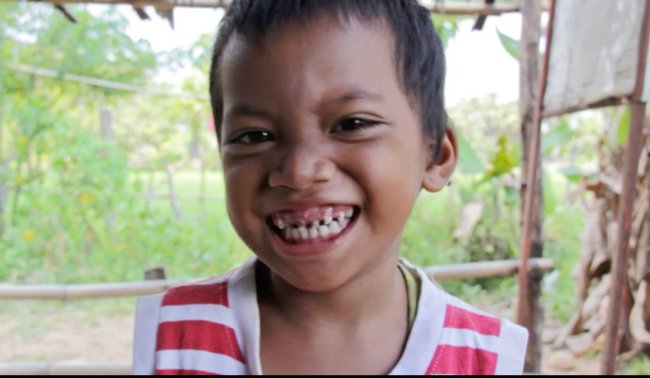 When it comes to communication, “think of a child like Tai, who also has cerebral palsy, and whose speech development has been delayed. She is unable to talk like other children her age, and the development of her speech requires extra attention. Sometimes, she has to point at a communication board like the one pictured to be understood.” 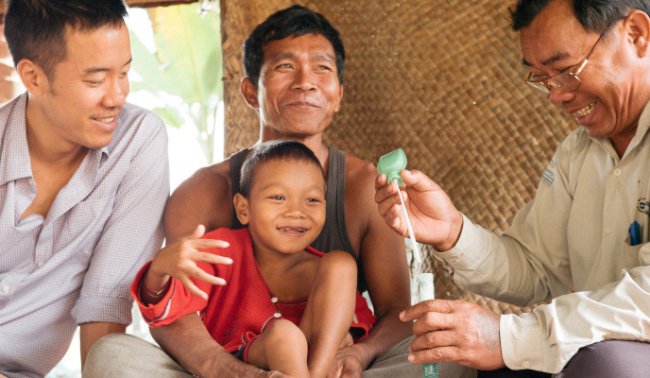 “Mai, who has muscle weakness, and uses a wheelchair, cannot swallow food or liquid safely like you or I.  Food and liquid will often go into the lungs, and he’s at risk of contracting pneumonia and then dying. In fact this population is 13 times more likely to die young as a result. In Cambodia, tens of thousands of people are dying unnecessarily due to lack of speech therapy.”

The work of OIC has allowed these children to begin participating more in the community and has been able to give them a life they didn’t know they could ever have.

In talking to Weh, I also got to hear an incredibly special story about a child in need of speech therapy. I am pleased to introduce you to Srey Ran. 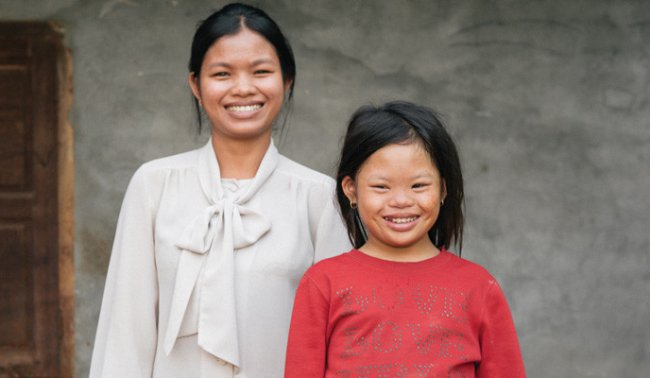 “For the hundreds and thousands of families in Cambodia who lack access to speech therapy, there are virtually no resources available for them to improve their family members' communication or swallowing. We've come across children who are unable to communicate with their own families, until we saw basic speech therapy help them do this. For families like this, we want to give them the opportunity to realise that there is a potential future for these children.

One of these children was Srey Ran – a girl whose parents believed that school would be too big a challenge for her, so she usually stayed on the farm to help her family. She was born with Down syndrome, a genetic disorder that hinders her speaking and language skills.

Through training one of CABDICO’s [Capacity Building for Disability Cooperation] staff members, Chhean, in speech therapy, Chhean was then able to work with Srey Ran over a period of months. Not only that, she worked with the teachers closely to encourage them to include Srey Ran in the school. And yet, for a child like Srey Ran there are many difficulties for her to go to school.

It’s much more complex than just giving her a backpack or a bicycle. She looks different and communicates differently. It requires subtle behaviour change on behalf of everyone else.

Last month, members of our team travelled up to Siem Reap to see Srey Ran and were worried when they heard that she wasn’t at home in the middle of the day. How was this possible? She spent all her time on the farm, in close proximity to her family. After a few moments of panic, Srey Ran’s mother, calm as always, informed our team that Srey Ran was not in trouble. She simply wasn’t home because she was in school.

In our pilot project last year, 3 out of 13 children interviewed went to school for the first time simply because of speech therapy. This is something to be proud of, but we’re not close to done yet.  There are hundreds and thousands of other children out there like Srey Ran who could benefit from speech therapy in much the same way she has. Srey Ran’s story teaches us that with the right support, anything is possible.” 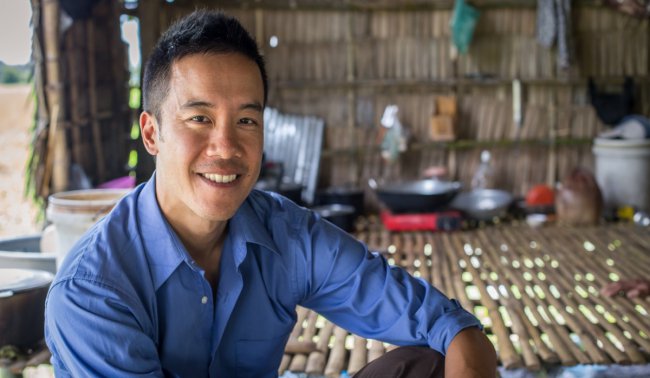 The impact that the lack of speech therapy has on Cambodia goes beyond just the individual and their family.

According to Weh, “Without speech therapy, one in 25 people are unable to interact with their community and therefore they do not have any contact with this huge population. Speech therapy helps people communicate, and connect… It's these moments of connection that we are trying to create in Cambodia.”

The country also suffers as a whole from the lack of speech therapists. Weh broke the issue down into three points:

The numbers are staggering.

600,000 people are not participating in their communities because they cannot access speech therapy
Countries lose approximately 3% of their Gross National Product every year they do not provide speech therapy (by comparing the cost of treatment with the productivity that these people could bring to the workforce)
This amounts to approximately $400 million each year
Rough estimates show tens of thousands of people are dying either through pneumonias or through malnutrition as a result of their inability to swallow food and liquid safely

The possibility to help sounds great and momentous in theory. And in practice, OIC is living up to the difficult task they set themselves.

They have recently completed their first pilot program in speech therapy in Cambodia and have trained 15 staff and 30 local teachers in basic speech therapy skills, benefitting over 100 children. 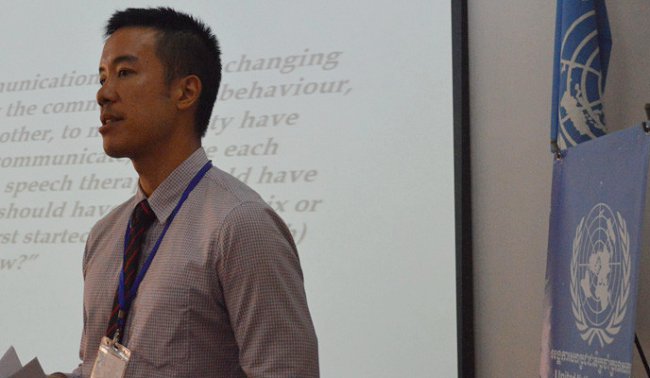 OIC's greatest success thus far has been Weh’s recent appearance in front of the United Nations and key individuals in the Cambodian government where he spoke about the need for speech therapy. You can read his powerful speech here.

When asked if there is anything OIC needs to be considered in the Sustainable Development Goals, to be finalised September 26th, Weh’s answer: a resounding YES.

“I think it's really important that the Sustainable Development Goals explicitly mention disability, and hence enable the development of services like speech therapy. The fact that the WHO estimates that 15% of the world has a disability shows the importance of services for this large minority. And yet, in countries like Cambodia, where 4% of the population needs speech therapy, there is not a single speech therapist to address this need. 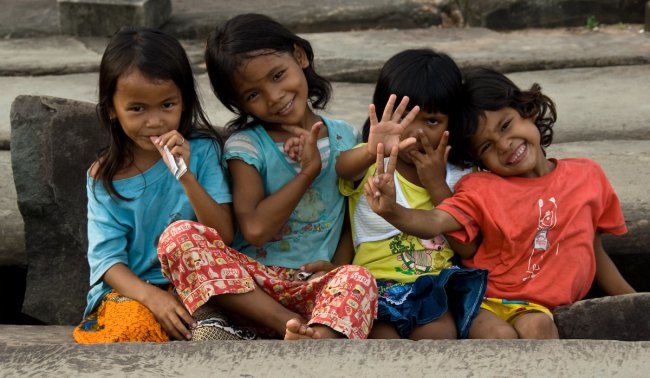 I believe that this comes from, amongst other things, a lack of a mention of disability in the Millennium Development Goals. It's simply not on the radar of most people who are setting the agenda globally. And yet, it is the biggest gap in health services in Cambodia. What we are seeing is a mismatch between the agenda that is set globally and the needs in country.”

The work Weh and the OIC team are doing tackles one part of a global challenge: women’s, children’s and adolescent’s health.

Allowing women, children and adolescents to survive and thrive is a central theme to the United Nations Secretary General’s Every Woman Every Child movement.

You can go to TAKE ACTION NOW to write an email to world leaders from Nigeria, Tanzania, South Africa and Colombia asking them to make a commitment to the United Nations’ updated Global Strategy for Women’s, Children’s and Adolescents’ Health.