Saudi Arabian Woman Gets Breakfast Without a Hijab. Men Call for Her Death.

A frightening display of mob mentality in this gender apartheid. 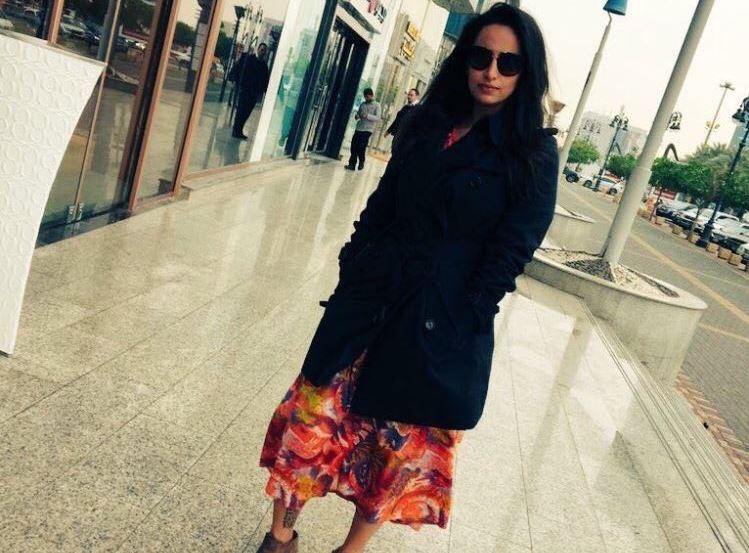 A Saudi Arabian woman posted a picture of herself on Twitter standing on a sidewalk. She wore sunglasses, a large wool coat over a floral dress and her hair was uncovered. She said she was going to get breakfast.

Almost anywhere else in the world, this would be exceedingly banal and would get a few likes.

In Saudi Arabia, where women are second-class citizens, this was a scandal of the highest order. This was such an offensive violation of social norms that people all across the country called for the woman, whose Twitter account identified her as Malak Al Shehri, to be put to death in violent ways.

It was a frightening display of mob mentality, an eruption of male rage by men intolerant of any form of female independence. Soon, a hashtag demanding her imprisonment went viral. Had the woman’s location been revealed, who knows what a vigilante crowd would do.

A Saudi woman went out yesterday without an Abaya or a hijab in Riyadh Saudi Arabia and many Saudis are now demanding her execution. pic.twitter.com/gPMOz5bRAr

In Saudi Arabia, women face a suffocating array of restrictions and are regularly silenced for speaking and acting out.

"We all have to live in the borders of the boxes our dads or husbands draw for us," Zahra, 25, told Human Rights Watch. (Women interviewed in Saudi Arabia often withold their full names for fear of retaliation.)

For starters, they can’t venture outside their home without the permission of a man and have to get the greenlight from men — fathers, husbands, sons — to do all sorts of basic activities. Women can’t get certain jobs, go swimming in public, and interact with men.

Women can’t vote without male supervision, and their testimony in court is valued less than a man’s. The most well-known restriction, perhaps, is the ban on driving. Recently, a prominent Saudi Arabian prince called out the particular absurdity of this law.

Read More: Women Are Treated Like Children, Thanks to This Saudi Arabia Practice

The New York Times recently put out a call to Saudi Arabian women to describe the state of their lives. These are a few of the responses:

“I got into an accident once in a taxi, and the ambulance refused to take me to the hospital until my male guardian arrived. I had lost a lot of blood. If he didn’t arrive that minute, I would’ve been dead by now.” — RULAA, 19, Riyadh

“Every time I want to travel, I have to tell my teenage son to allow me.” — SARAH, 42, a doctor in Riyadh

“My sister went to a bookstore without taking permission from her husband, and when she returned, he beat her up without restraint.” — AL QAHTANIYA, 28, Riyadh

“It’s suffocating. I’d rather kill myself than live with it. I hold on to the smallest hope I have that someday this will change.” — H41, 19, Riyadh

Despite this widespread subjugation, the gender apartheid is sporadically improving. As women interact with the rest of the world through the internet, they’re more clearly grasping the extent of their oppression and are clamoring for equal rights and better representation.

At the same time, the rest of the world is better able to see the social workings of this extremely private country, and is exerting an external pressure for change. Plus, there have been some efforts by the government to encourage wider social participation by women.

Read More: Is (escorted) voting a step toward gender equality in Saudi Arabia?

More women are voting, getting degrees in higher education, getting jobs and incomes independent of their husbands, and even running for office.

All gains are inevitably hampered by restraints, such as the measure that women have to be supervised by a male guardian when voting, but they’re nonetheless steps in the right direction.

And every now and then a brave woman plows through barriers to seize more freedom, making life easier for all women. That’s what the woman on Twitter did before she was bullied into hiding. But her message was heard and is resonating around the country, making what had once seemed impossible — a woman freely living her life — slightly more possible