This Activist Is Revolutionizing Flood Mapping to Protect Lives in Indonesia

Learn more about Nashin Mahtani and PetaBencana.id in Episode 1 of our podcast, Powering the Movement, available now on Apple Podcasts, Spotify, and wherever else you get the podcasts you love.

But in the past, it could often be difficult to sift through the surge of posts in a timely, effective manner.

Then a team of researchers that included Nashin Mahtani had an idea. Why not gather all of this information, automatically organize it in real time, and then display it on a map available to everyone? 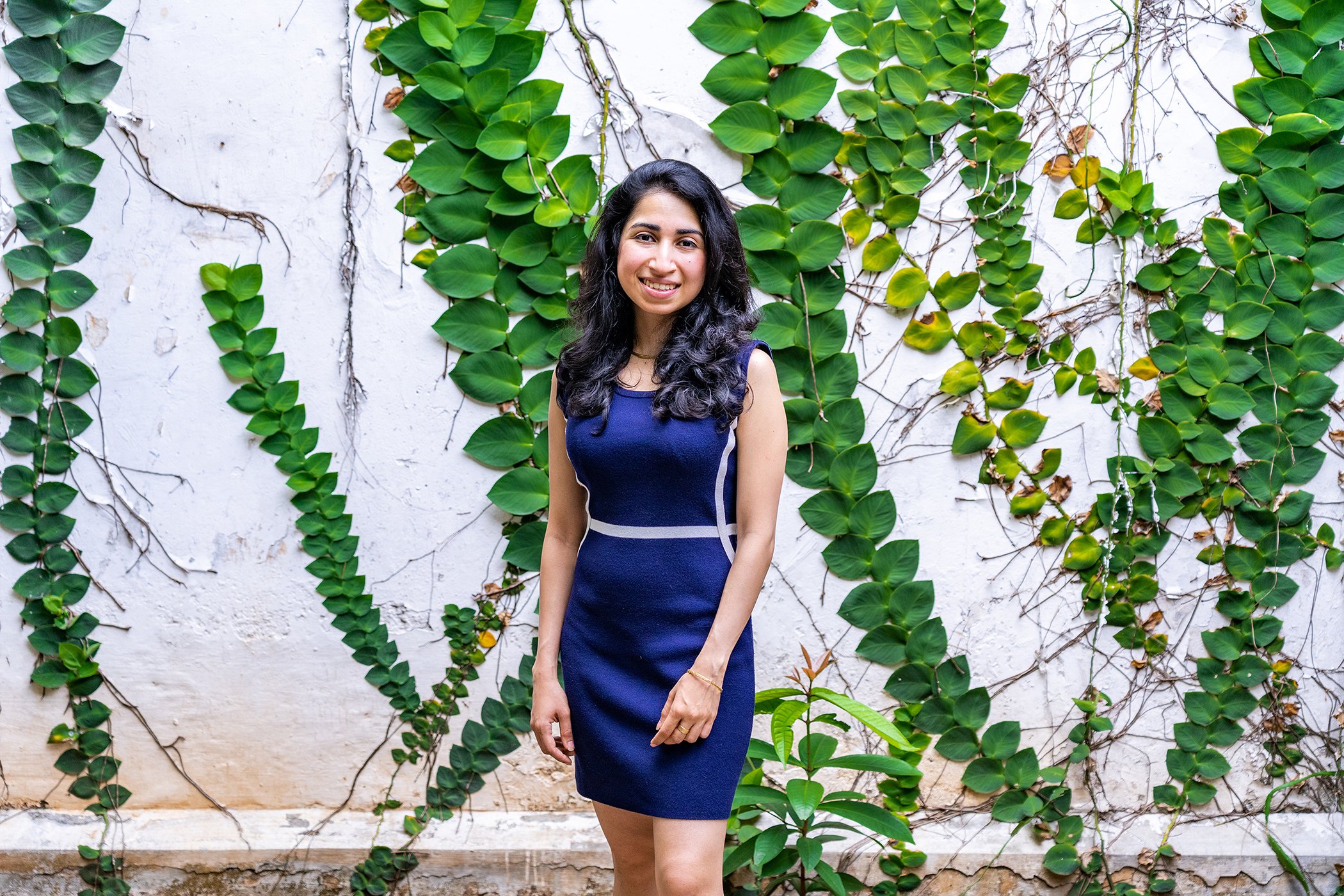 Mahtani is an architectural researcher and designer who advocates for environmental justice. She recognized that flooding and other natural disasters disproportionately affected Jakarta’s slums and other marginalized communities, and that relief efforts were often delayed and inadequate.

Her team developed an easy-to-use system to map out floods and improve emergency response outcomes in 2013.

PeteBencana.id is helping to save lives and transform disaster relief, while elevating the voices of often neglected communities. By taking advantage of existing open-source infrastructure, it's also free to operate and can be easily scaled to other cities.

“I think localized knowledge is so incredibly important,” Mahtani tells Global Citizen. “Our organization aims to democratize decision support tools to give everyone access to the information they need to make timely and informed decisions about safety and response so that they can minimize risk and reduce loss.”

(L) Nashin Mahtani is seen in a discussion with the staff of Peta Bencana. (R) An operations diagram is is seen at Peta Bencana headquarters.
Image: Andri Tambunan for Global Citizen

In 2019, Mahtani was named as one of the extraordinary young finalists for the Global Citizen Prize: Cisco Youth Leadership Award. Since then, Mahtani has expanded the platform and mission and PeteBencana.id named the official information sharing platform for mitigating risk in Jakarta. 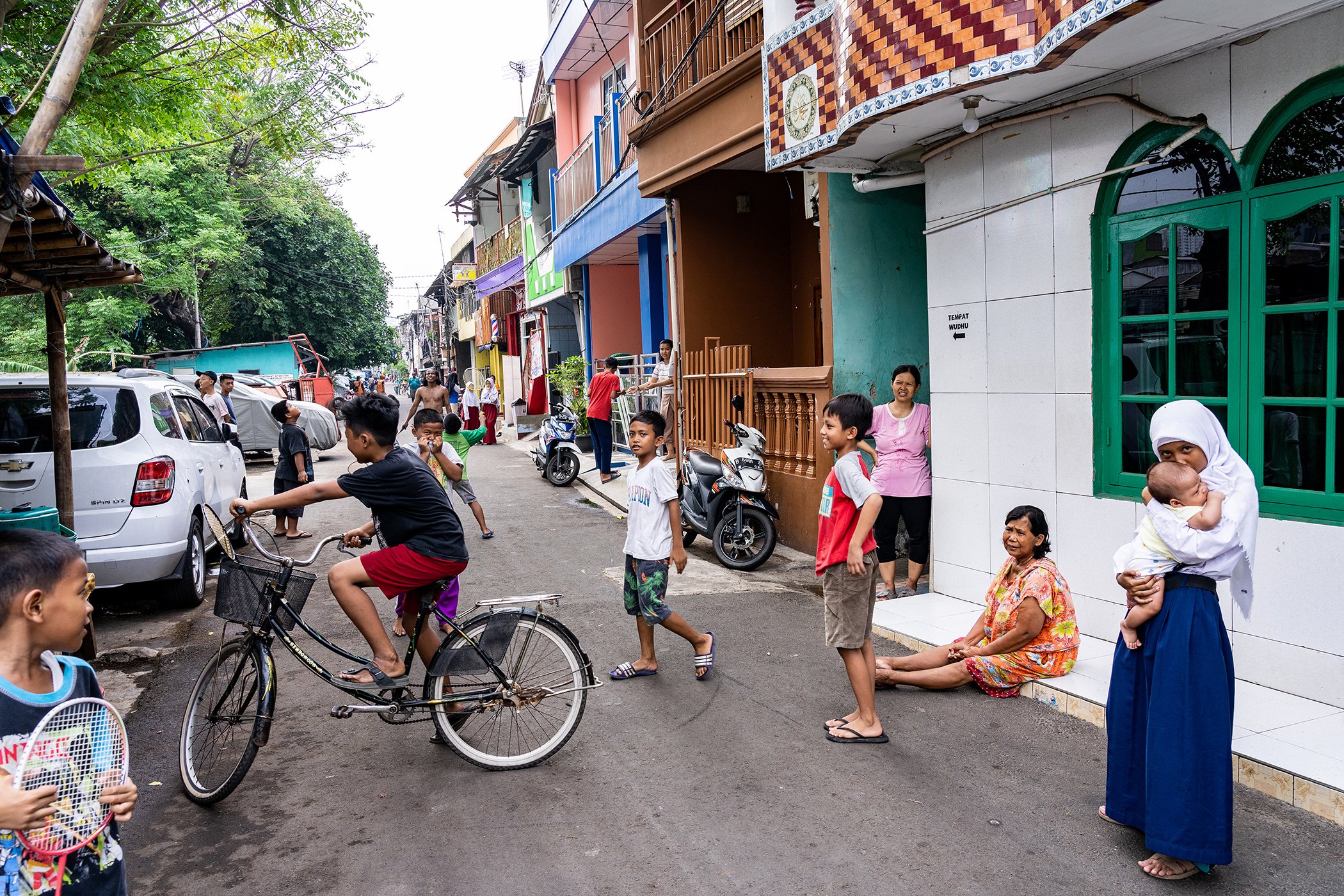 Residents are seen in the streets of the Kelurahan Menteng neighborhood in Jakarta, an area prone to flooding.
Image: Andri Tambunan for Global Citizen

Trash floating in waist-high water is a regular occurrence throughout Jakarta’s streets.

The greater Jakarta area, home to 30 million people, is especially prone to flooding during the monsoon season.

The 13 rivers that bisect the city often overflow when it rains. An estimated 40% of Jakarta sits below sea level, which makes sea level rise in the Jakarta Bay especially dangerous. The city overdraws water from underground reserves, causing the land Jakarta sits upon to sink at a rate of 6.7 inches per year. On top of everything else, climate change is increasing how much rain monsoons dump on the region.

On average, flooding causes an estimated $321 million in damages to Jakarta’s economy each year. In 2017, severe flooding submerged 70,000 homes and killed at least 80 people.

The next year, 2018, the city built a $40 million seawall to prevent the ocean from overwhelming coastal communities.

While flooding has always been a part of life in Jakarta, climate change and rapid urbanization have contributed to the problem becoming a lot worse in recent years.

"What has happened... is that flooding is happening in very unpredictable ways and it's becoming extremely erratic, so that residents can't prepare for the flood in the same way that they could before," says Mahtani.

The problem has gotten so bad that the Indonesian government has announced plans to relocate the capital to an area less prone to natural disasters and flooding. Preparing a new location for millions of residents and densely packed infrastructure will take around 10 years and could cost an estimated $34 billion. In the meantime, however, Jakarta will contend with worsening storms, sinking land, and rising tides.

For communities most in harm’s way, PetaBencana.id could help prevent the worst from happening.

PetaBencana.id is powered by simple algorithms. When a person tweets the word “banjir” during a flood event, the system sends a message to that user asking them to supply a geotagged photo. If the person responds, the system grabs the photo and location data and attaches it to a digital map via a pin. A new tweet is then sent with a link to the map for anyone to view.

Citizens can also directly add information, verified through location data, to the map or connect to PetaBencana.id through local social media channels.

As the map fills with pins of information, people across Jakarta can quickly check to see if their neighborhood is at-risk and what the flood looks like across the region. 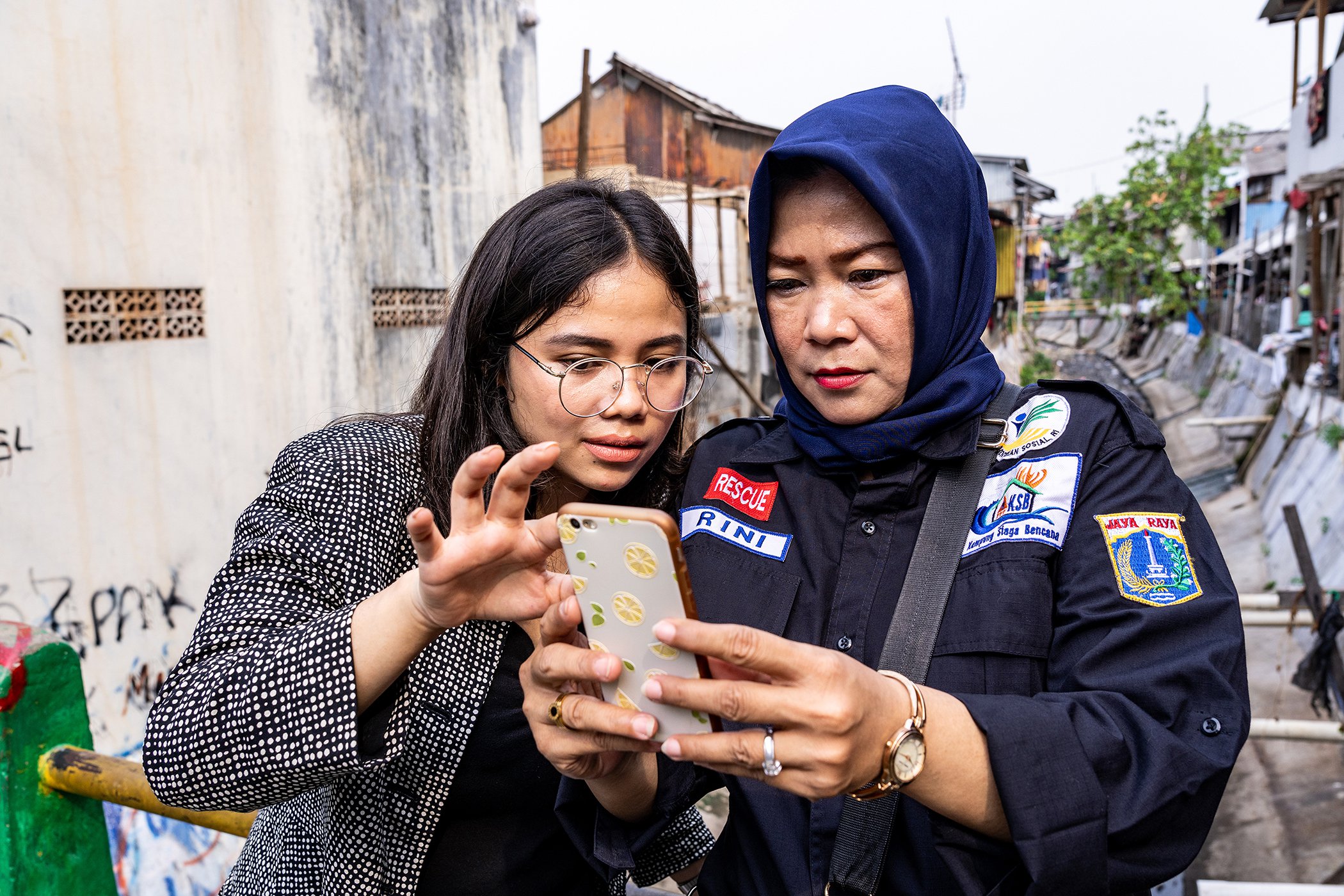 Hotniida AMW Sinambela, Research Operations Co-ordinator of Peta Bencana, demonstrates the functionality of the app on a cell phone at Kelurahan Menteng neighborhood in Jakarta, an area prone to flooding.
Image: Andri Tambunan for Global Citizen

“People were tweeting in the flood with an incredible frequency,” Mahtani says, describing the early days of PetaBencana. “Even when they were standing knee-high in floodwaters, or driving their motorcycles, they were tweeting to each other, posting about the flood, alerting each other that, 'you can pass here', or 'this road is blocked.'”

“If we could find a way to transform that noise of social media and turn it into actionable information, that provides an information source of unprecedented resolution for mitigating urban risk and could be extremely valuable for emergency planning and response,” she says.

PetaBencana.id then combines this anecdotal information with official government data such as hourly water levels and verified flood-affected areas to create a color-coded map of the city.

In the years since its release, PetaBencana.id has collected photos and videos from tens of thousands of people. The system’s maps have become so seamless and comprehensive that government officials use it to better inform and accelerate disaster relief efforts.

The Governor of Jakarta Anies Baswedan has even called on citizens to report information to PetaBencana.id, while relief organizations like the Red Cross also consult its maps. 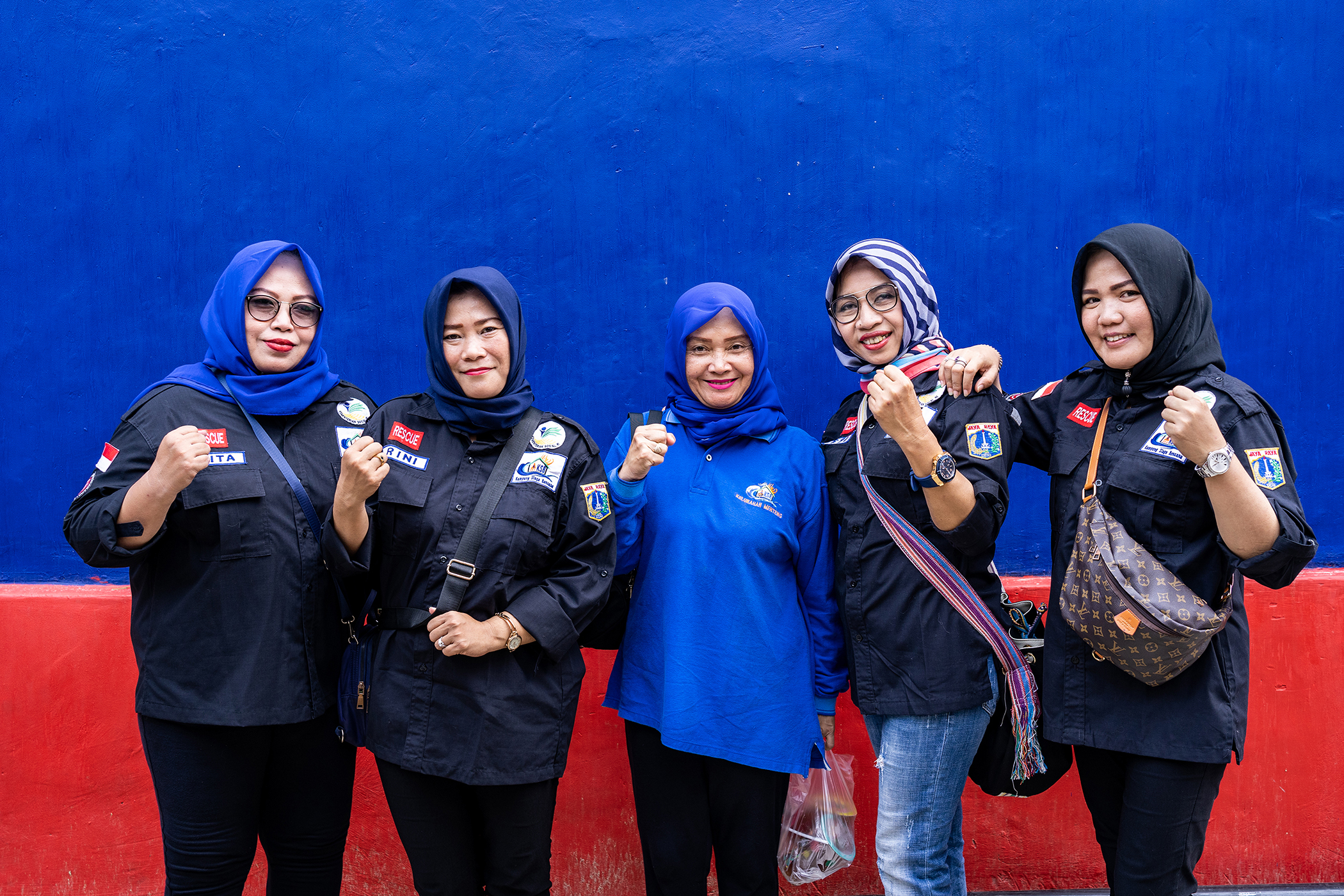 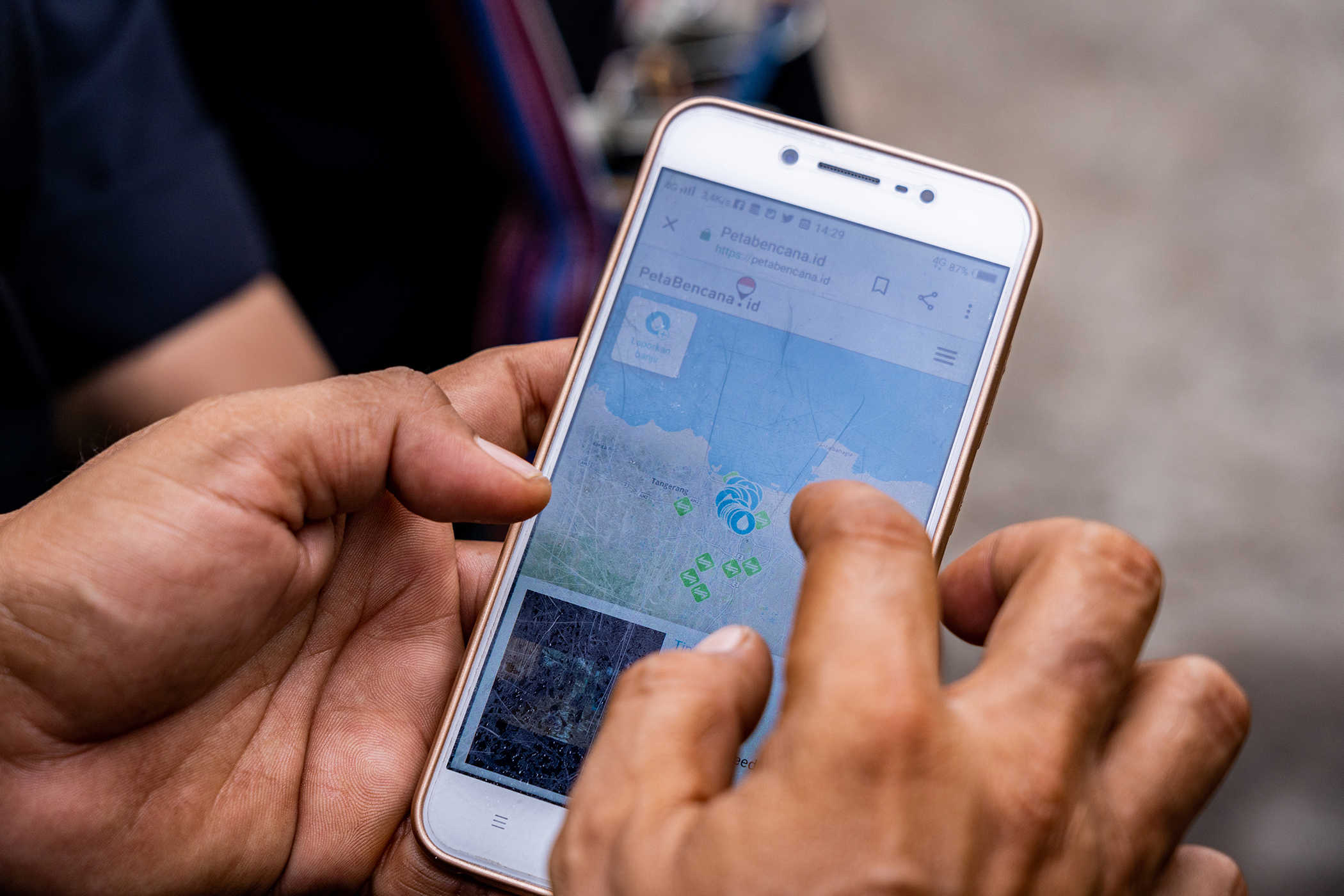 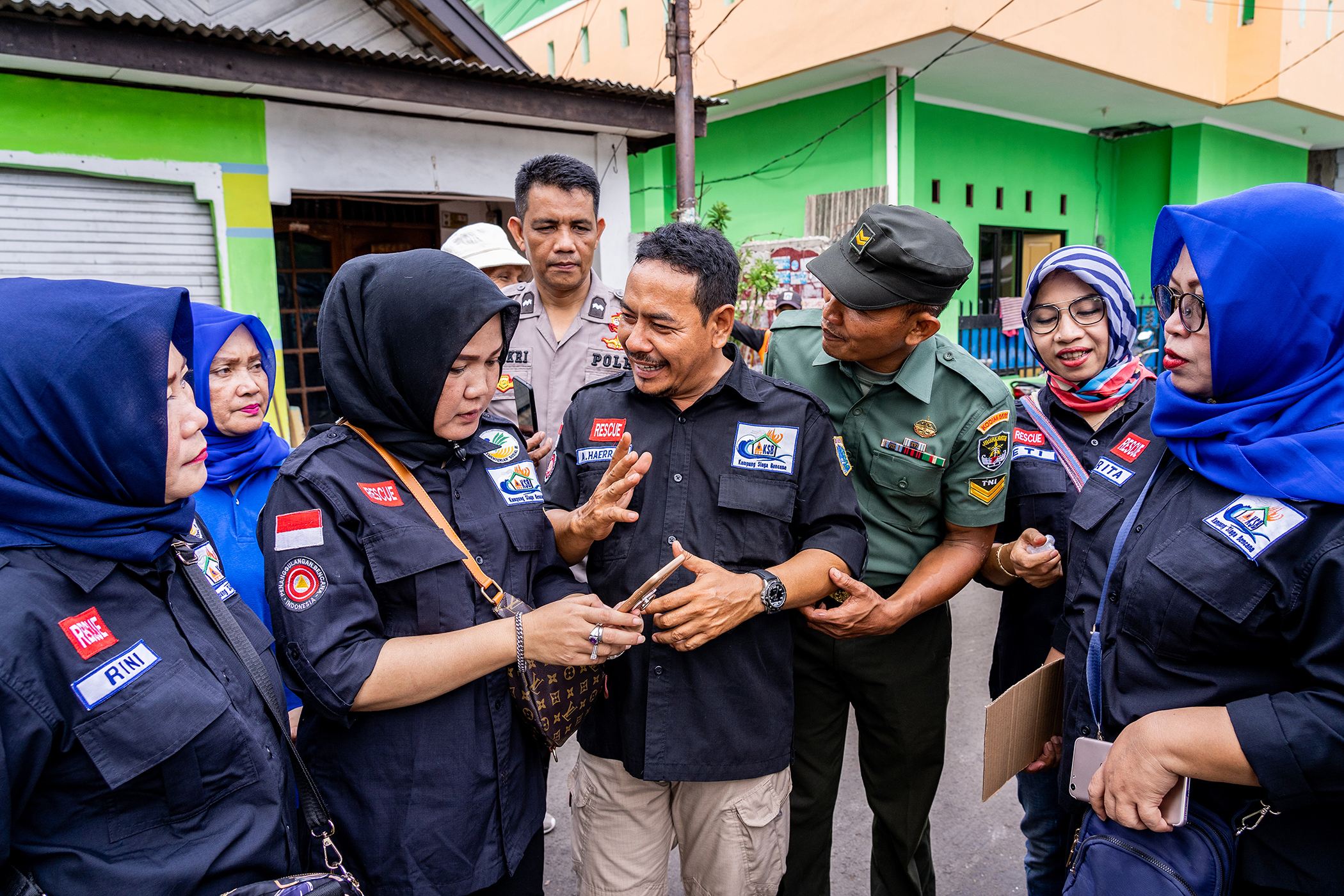 What started as a project to help Jakarta has now branched out to other cities, where its easy-to-use format has been widely picked up, benefitting more than 50 million people.

“We keep seeing that no matter how much concrete we pour, no matter how high we build, our infrastructure cannot keep pace with the rapidly accelerating effects of climate change,” Mahtani says.

“Information is the most important resource,” she adds. “How can we make sure that everyone has access to the information they need to make informed and timely decisions about safety and response so that they can minimize loss and avoid danger?” 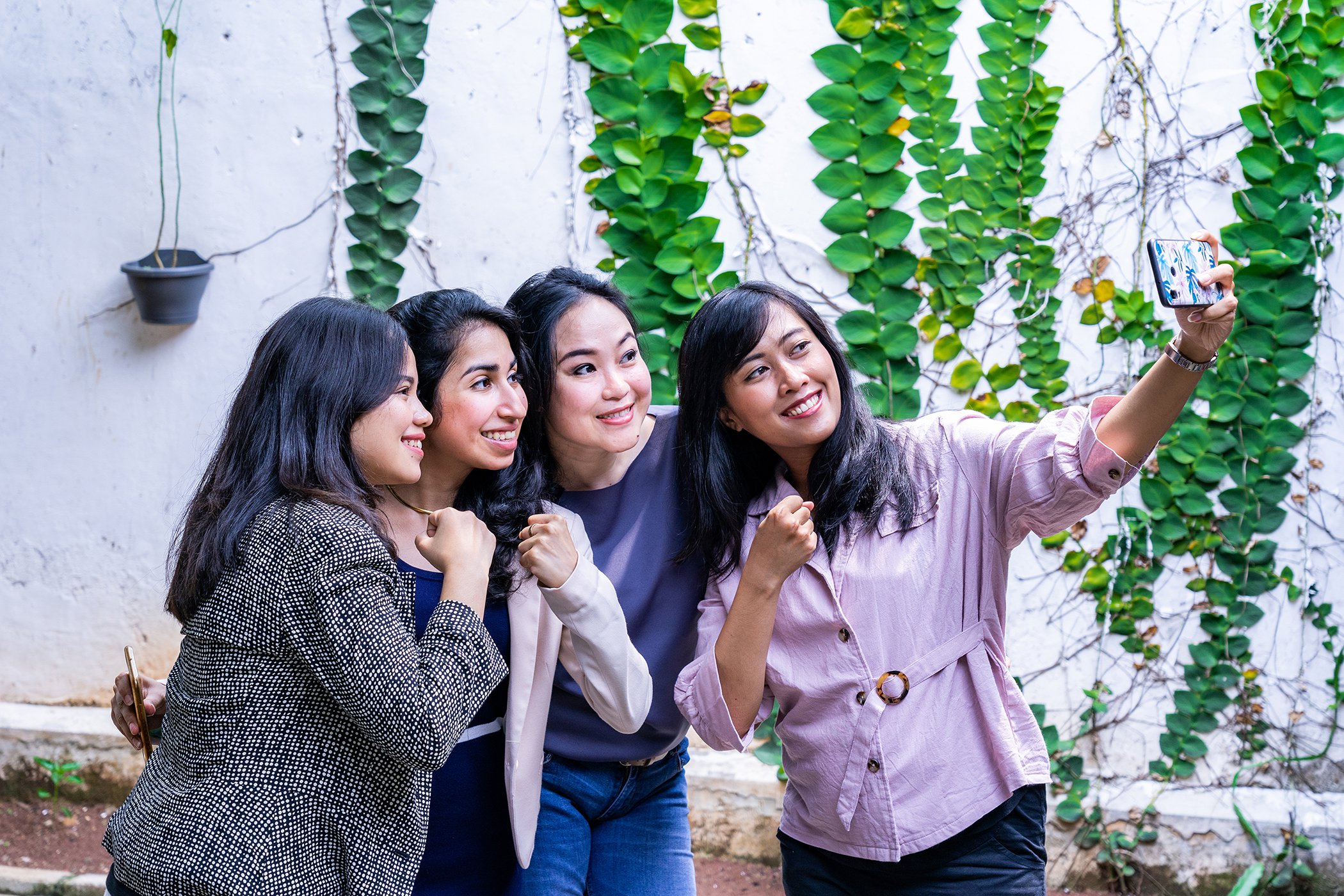 "Reports have shown that climate change is going to drive at least 100 million more people into poverty by 2030," she says. "We can't stop the disasters from happening, but what we can do is ensure that everyone at least has the information they need so that during the time of the disaster, they can at least minimize their loss."

She adds: "What we can do is give people the knowledge that they can do something about this."

You can find out more about the 2020 Global Citizen Prize: Cisco Youth Leadership Award here. Applications are open until Sept. 20, 2020.