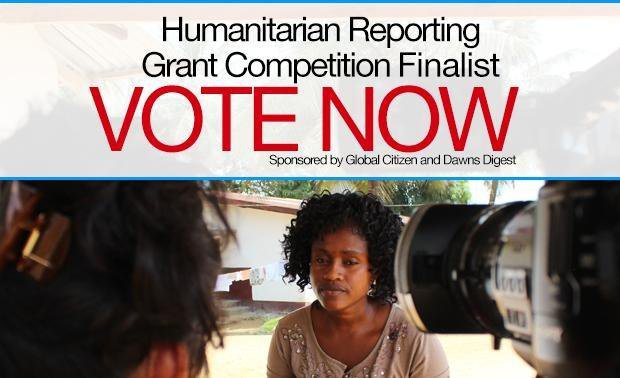 My Africa Is - an interactive documentary series that identifies innovations on the African continent from the youth. The series will follow unexpected developments in the humanitarian, music, fashion, film, arts, and business sectors of the continent, using each African city as a backdrop to showcase diversity.

My Africa Is, has already started engaging an online audience with its multi-media content. We have posted Skype interviews, short webisodes, along with aggregated news content. Our audience grows daily and we are ready to take the next step.

In February, I will head to Nigeria to shoot the first episodes to actually take place on the continent. We will be following the stories of Kola Oyeneyin an activist who is fighting for more transparency from the Nigerian government, and E. Kelly a music producer who is mastering his craft despite the lack of infrastructure, and brining young musicians along for the ride. This will be the first full episodes, with the ambition to head back to the continent, and shoot stories in other countries.

Africa is a growing force to be reckoned with. As young people return back from the diaspora, and democracies become more stable, the former image of the “Hopeless Continent” is in desperate need of shedding. My Africa Is seeks to change the perception of the continent, by showing it through the eyes of young Africans living in the real Africa every day. By showing stories of hope and success, the series aims to inspire youth all over the world to think differently about change and promote sustainable solutions. We believe that My Africa Is can play a role in encouraging trade, investment, and tourism on the continent. From recent events and with the controversy surrounding #Kony2012, it is clear that the world is ready to hear about a different Africa, and we would like to share that story.

As an African woman living in the United States, I have always found myself defending my continent by sharing stories of my experiences, which are so different from what is in the news. After a while I started believing mainstream media and it wasn’t until I started writing stories for Afripopmag.com and returned to Nigeria in the fall of 2010, to work on Vote or Quench, that I realized why I was always proud of my country, and to be African. I found my peers who had chosen to remain in Africa and create new business ventures, or sustainable initiatives to bring change to their communities. They were not waiting for handouts from foreign aid. They inspired me to share their stories, through film, showing a new angle of Africa. This is not an attempt to gloss over the challenges that Africa faces, but rather to show how young people are rising above them every day.