The 44-year-old mom of four is leaving Finland to try and rout out corruption in her native country. 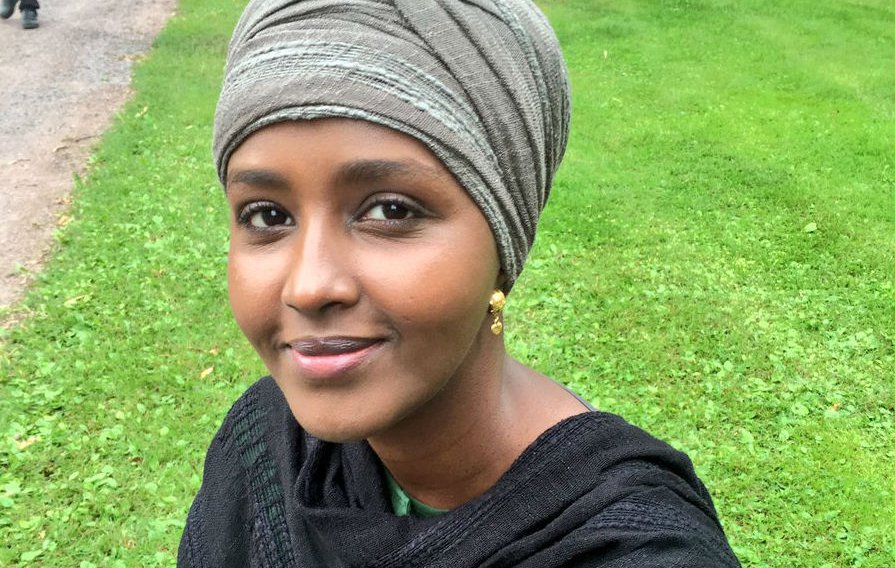 Fadumo Dayib has a message for her country: I’m coming home.

A Somalian refugee who fled to Europe as a child, the 44-year-old activist and public health expert is returning to her home country today to launch a bid for the presidency.

“I’m well aware of the danger, but when the day comes and you have the capability to do so, you must fight for democracy,” she told The Sunday Times.

Dayib is leaving behind her four children in Finland to run for election this month in war-torn, impoverished Somalia, explaining to them that she was doing it for them, to make Somalia safer for them, she told the paper.

One of her goals is to stop female genital mutilation, which nearly 90% of girls in Somalia, including Dayib, are forced to undergo, she said.

But Dayib doesn’t think she’ll be away from her children for very long. She says that money plays too significant a role in Somali politics to allow her a fair fight.

“Anyone who is competent and qualified … they are never going to win. If you are not corrupt you will not get into the system. I will never pay one cent to anyone so the likelihood of me winning is non-existent,” Dayib told the Guardian last month.

Tribal leaders from throughout the country will choose 14,000 electoral delegates today, who will in turn select a new parliament that will vote for the president on Nov. 30, according to the AP.

Dayib is the only woman running.

Read More: Why This UK Woman Packed Up a Truck and Moved to a Refugee Camp

“I come from a society where women are almost nothing, not taken seriously, just waved away. Certain men actually feel scared enough to make these threats because they recognise that I have the capability to instigate change,” she told The Guardian.

And while she said that the electoral system is “so corrupt” right now, she hopes that democracy will give her a chance at the presidency at some point in the future.

“I have no doubts that I will be the president in Somalia and I'm willing to wait it out for the next 20 years if necessary,” she told the AP.

“A lot of Somalis are in shock because I appeared out of nowhere but managed to challenge all those in power,” Dayib told the Guardian, “and [now] everyone inside the country knows who I am.”

People around the world will now know Dayib, too.

She told the Guardian that she was the 12th child born to Somali parents who had gone to Kenya to seek better medical treatment after all 11 others died. They lived in Mogadishu, Somalia, until civil war broke out, and fled to Europe.

Dayib worked as a model before deciding to become a nurse, and then worked in United Nations refugee camps in Liberia. She eventually studied at Harvard, and knew she wanted to acquire the skills necessary to go back and help improve Somalia.

“I knew I was going to go back to Somalia. I tried to learn things that would be of use to my homeland,” she said.

Dayib said she knows her trip home will be dangerous, but she won’t let danger stop her from trying to make a difference.