Actress Emma Watson, right, and other women arrive at the Elysee Palace for a meeting of gender equality ahead of the upcoming G7, Feb.19, 2019 in Paris. Second left is French secretary of state for women's rights Marlene Schiappa.
Francois Mori/AP
ActuExiger l’équité

France is making gender equality the 2019 priority for leading nations.

Why Global Citizens Should Care
Achieving gender equality is key to ending poverty by 2030. The G7 Advisory Committee is working to fight sexual violence, and promote girls education. You can join us in taking action on this issue here.

A group of the world’s most influential women’s rights advocates met with French President Emmanuel Macron in Paris on Tuesday to discuss the country’s global gender equality agenda. 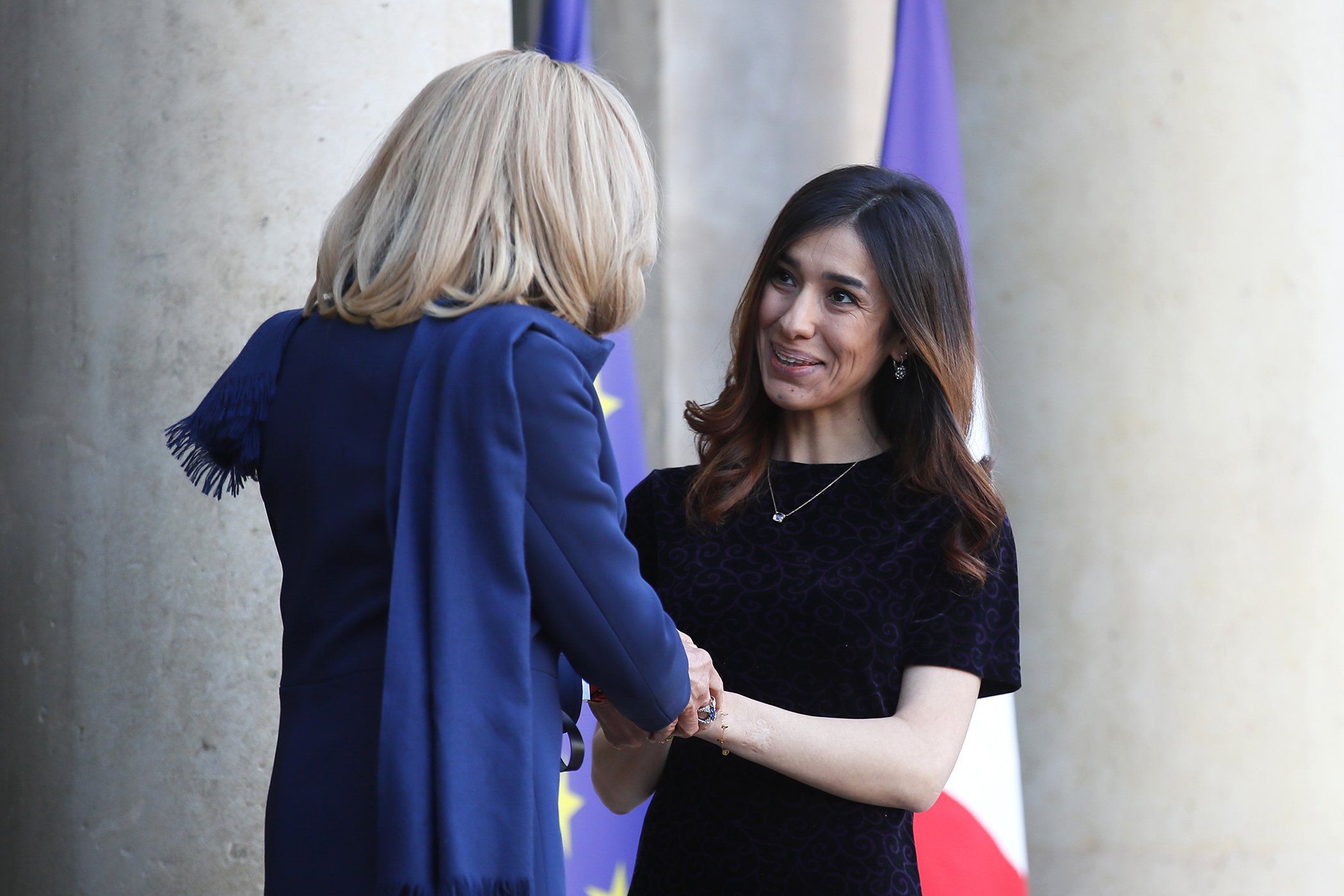 The Group of Seven (G7) is a group of nations with the largest advanced economies in the world –– Canada, the US, Japan, Germany, Italy, France, and the UK. France took over the G7’s presidency on Jan. 1, and Macron wants gender equality to be the group’s main priority this year.

“Give me one country that is really an example for the rest of the world,” Schiappa said on the global state of gender equality.

France is attempting to lead the way and allocated $136 million to fund women’s rights movements internationally, with an emphasis on developing countries.

Experts from around the globe are meeting today in Paris for the G7 Gender Equality Advisory Council meeting. Follow their work on @G7 and @G7fr. #g7equalitypic.twitter.com/QrjtpRl0GA

The women’s rights activists are part of the G7 Advisory Committee for Equality Between Women and Men, launched in 2008 by Canda. The committee is pivoting to focus on combating violence against women, promoting girls’ education and women’s entrepreneurship in 2019 –– all issues with room for global improvement.

The World Health Organization estimates 35% of women have experienced physical or sexual intimate partner violence or sexual violence or by a non-partner at some point in their lives.  There are 132 million girls worldwide out of school, and girls are 1.5 times more likely to be excluded from primary school than boys –– making it difficult to compete in the modern workforce.

The advocates Macron invited to join the committee have a range of expertise on women’s rights.

Watson, a UN Goodwill Ambassador, has been a vocal advocate for gender equality by leading campus rape culture campaigns and supporting the Time’s Up movement with generous donations. Mukwege served tens of thousands of women who were raped as a result of conflict over mineral wealth, for two decades at the hospital he founded in the Democratic Republic of Congo. And Murad, a 25-year-old member of Iraq’s Yazidi minority, started advocating for sex abuse survivors after being kidnapped and sexually abused by Islamic State militants in 2014.

At Tuesday's meeting, the group left an empty chair to honor human rights lawyer Nasrin Sotoudeh, who is imprisoned in Iran after representing women who protested wearing headscarves in 2017.

Together, the total group of 35 human rights advocates is bound to make an impact.